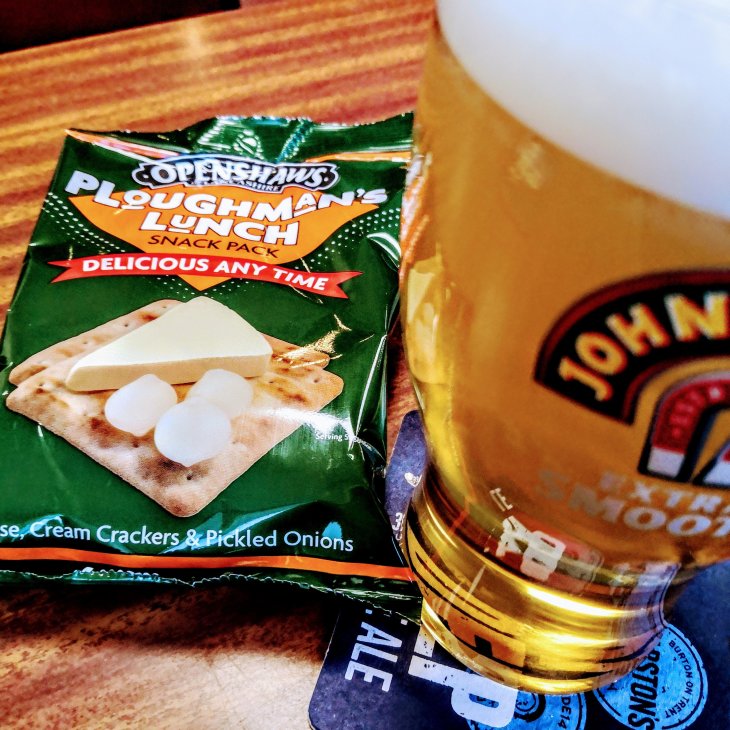 Onto my latest trip now, a rather disastrous attempt to get my hair cut.

My base for the next two days was Heaton Chapel, which some of you may have heard of. It’s in Greater Manchester/Stockport/ Lancashire.

I paid the princely sum of £54.40 for a two night stay in Trivelles on the A6, a place gradually losing its sheen but at least the WiFi works.

Which is more than I can say for your trains, Northerners. Good grief.

Anyway, I brought the sun up North with me again, and Ramsbottom looked splendid.

You really feel you’ve left the string of pearls constituting the northern Manchester mill and black pudding towns behind and arrived in the real Lancashire when you set foot on the Ramsbottom cobbles.

To use a Suffolk analogy, it’s more akin to a Sudbury than a Newmarket, with wedding shops and bistros and “heritage” attractions.

If only it had a really great traditional pub to go along with the microbrewery bar.

But the Royal British Legion is a little gem.

New to the GBG, it’s a little cagey about the price of a pint, but it’s less than in the micros up the valley, anyway. 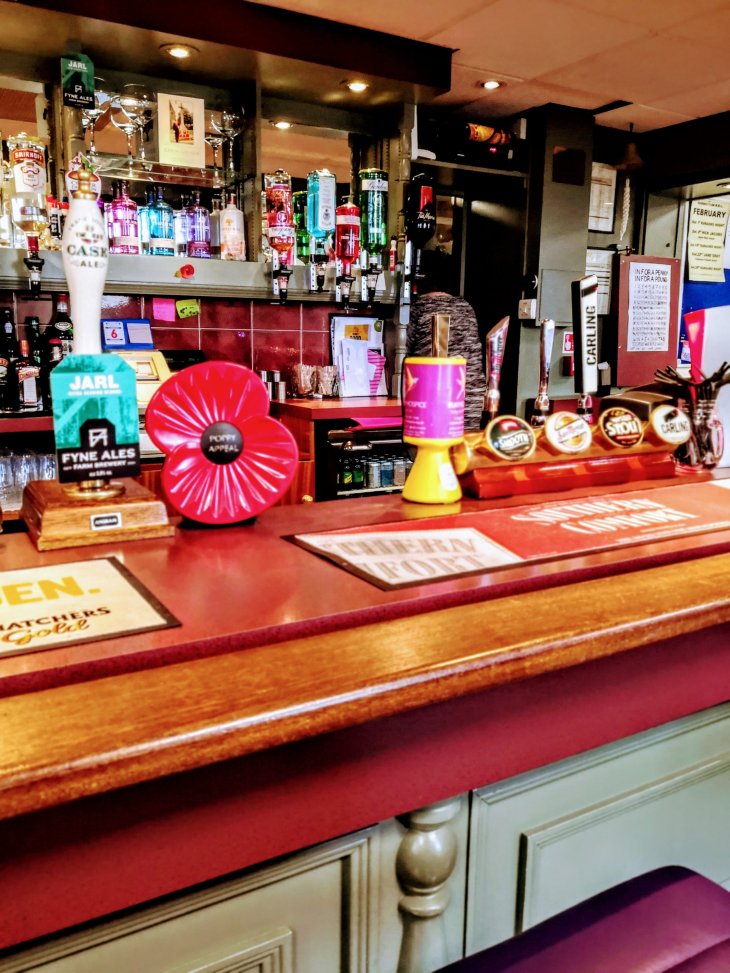 I turned up on the dot of 15:30 to find a couple of regulars with pints poured, and a cheery barmaid pulling the Carling for the Old Boy due to arrive at 15:35. And he did, “Glory Glory Man United” blaring out as his mobile ringtone.

No signing-in, no CAMRA cards, no “I told you lot we don’t want your type” (ask Si), just a lovely crisp foaming pint of Jarl (3.5+) which was better than the Laurieston, though Glasgow’s finest has other attractions.

Home Swap Bargain Watch was on the TV, but no-one was watching it.

The locals were debating Kirk Douglas’s passing at 103, which is no age, really.

“Terry had him in the Celebrity Death Sweepstakes, he’ll be chuffed”.

“Oh, I thought he’d placed it on himself“.

A cracker, as was the offering in the £1 Ploughman’s Lunch. The cheese was a tad disappointing. 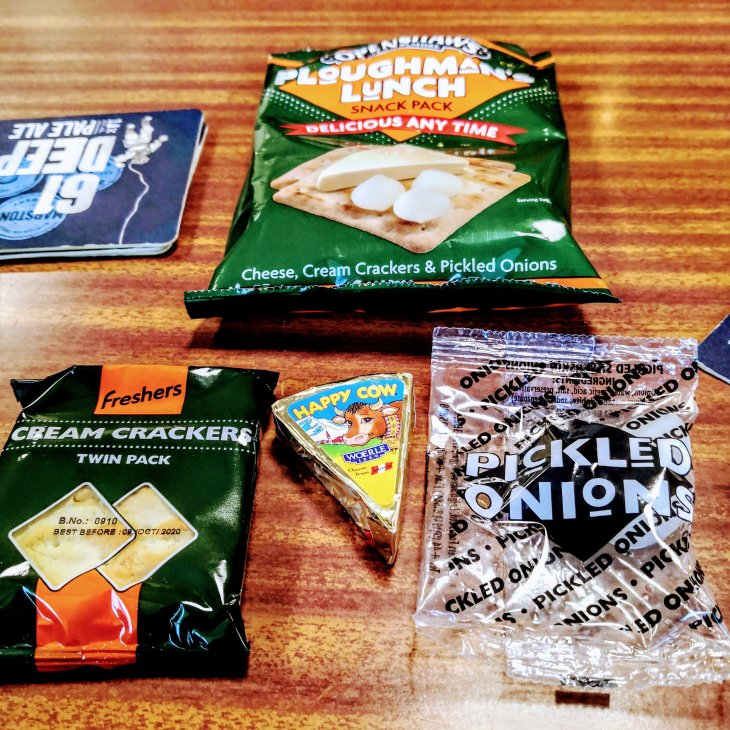 7 thoughts on “JARL AND A MINI PLOUGHMANS IN RAMSBOTTOM RBL”