As Summer drags on, a PubMan’s thoughts turns to Gloucestershire, one of the counties I’ve never completed. Despite it being virtually on my doorstep (compared to Shetland, anyway).

The A14/M6/M42/M5 takes you past some of our most picturesque roadworks, en route to a dismal collection of budget hotels and “aparthotels” (hovels) that I’ll spare you.

“Tewkes“, as it’s known by no-one at all, has had a quiet time of it in the Beer Guide lately, relying on some pubs run by (whisper it) family brewers (top), a free house and a Spoons hotel.

The arrival of a British Legion in the Guide is a bit of a surprise, in the same way that a Brunning & Price in central Oldham would raise eyebrows. I guess it’s their turn.

I turned up on some sort of “Medieval day”, with loads of families in overheated cars subjecting their children to archery, peregrine falcon chess and overpriced cheese. You’ll be horrified to know that many visitors were carrying umbrellas. To keep the sun out.

The town looked rather splendid, from the Abbey,

to the flags outside houses indicating allegiance to particular craft brewers,

to the new micro pub on stilts by the Severn. 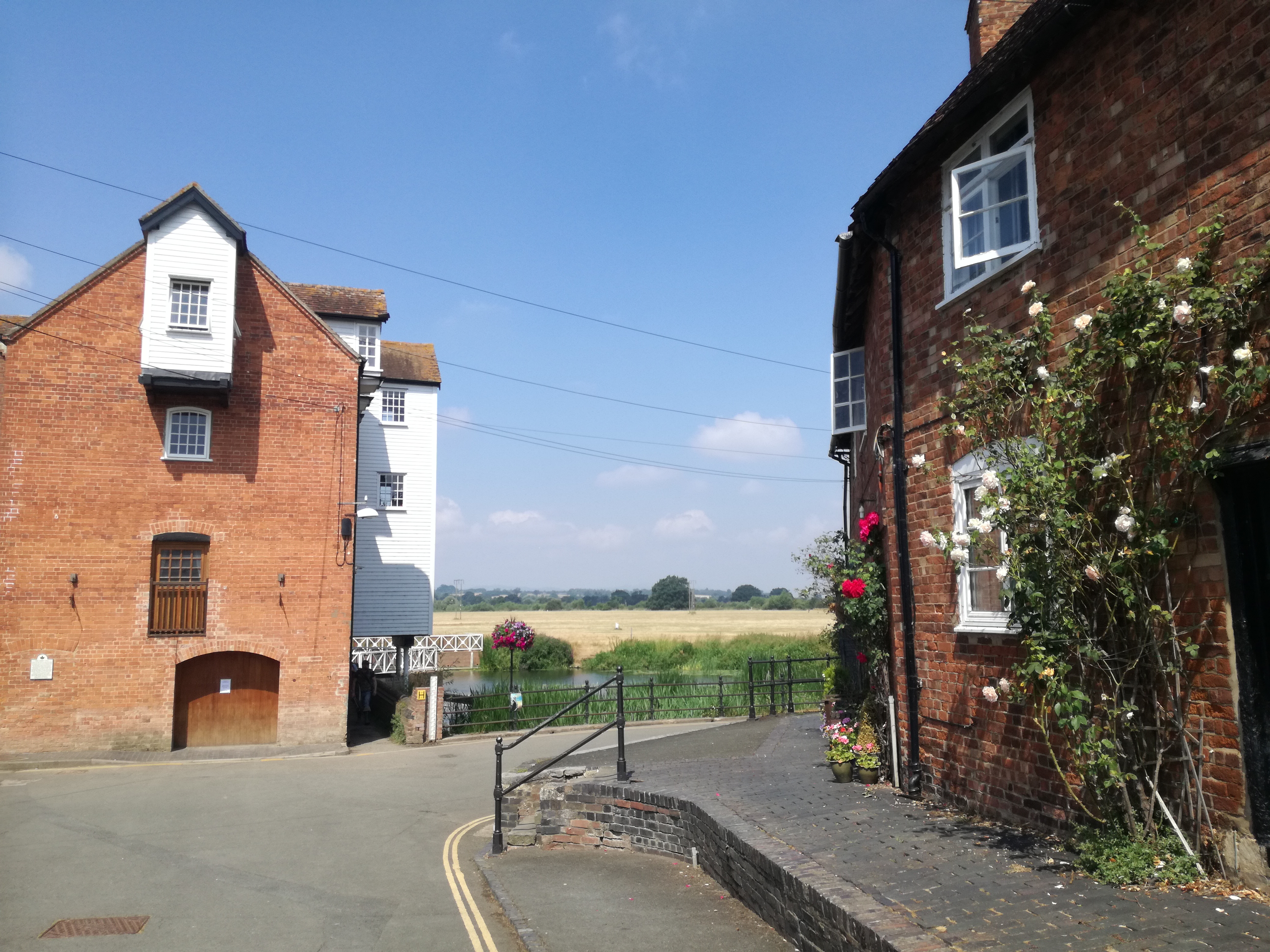 Somewhere in my mancave I have a little booklet (20p) showing all the little alleys off the main streets. You never know what you’ll find down them, or who you’ll annoy by noseying around. I recommend them. 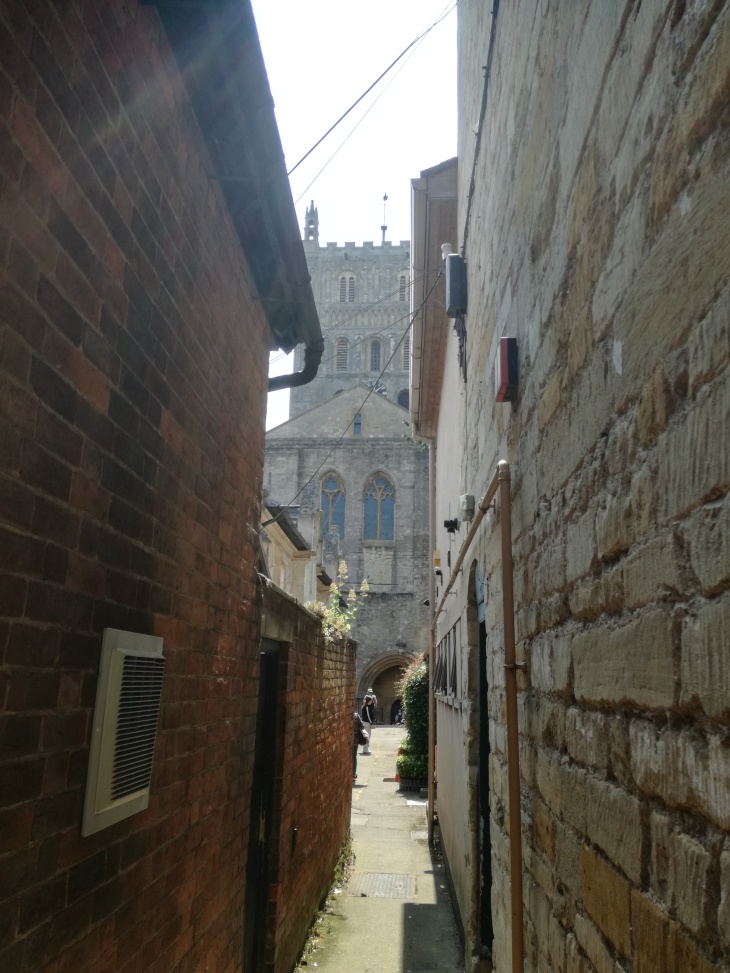 The new Guide entry may be the poshest British Legion you’ll ever see.

Perhaps they’ve got Brunning & Price in to run it?

The total cost of this feast is £2.50, which will buy you two olives in the Farmers’ Market.

I enjoy it (a bit) in front of Her Majesty, who seems less impressed by the banging R’n’B soundtrack. She’d have scored the Golden Glow as 2.5 as well. 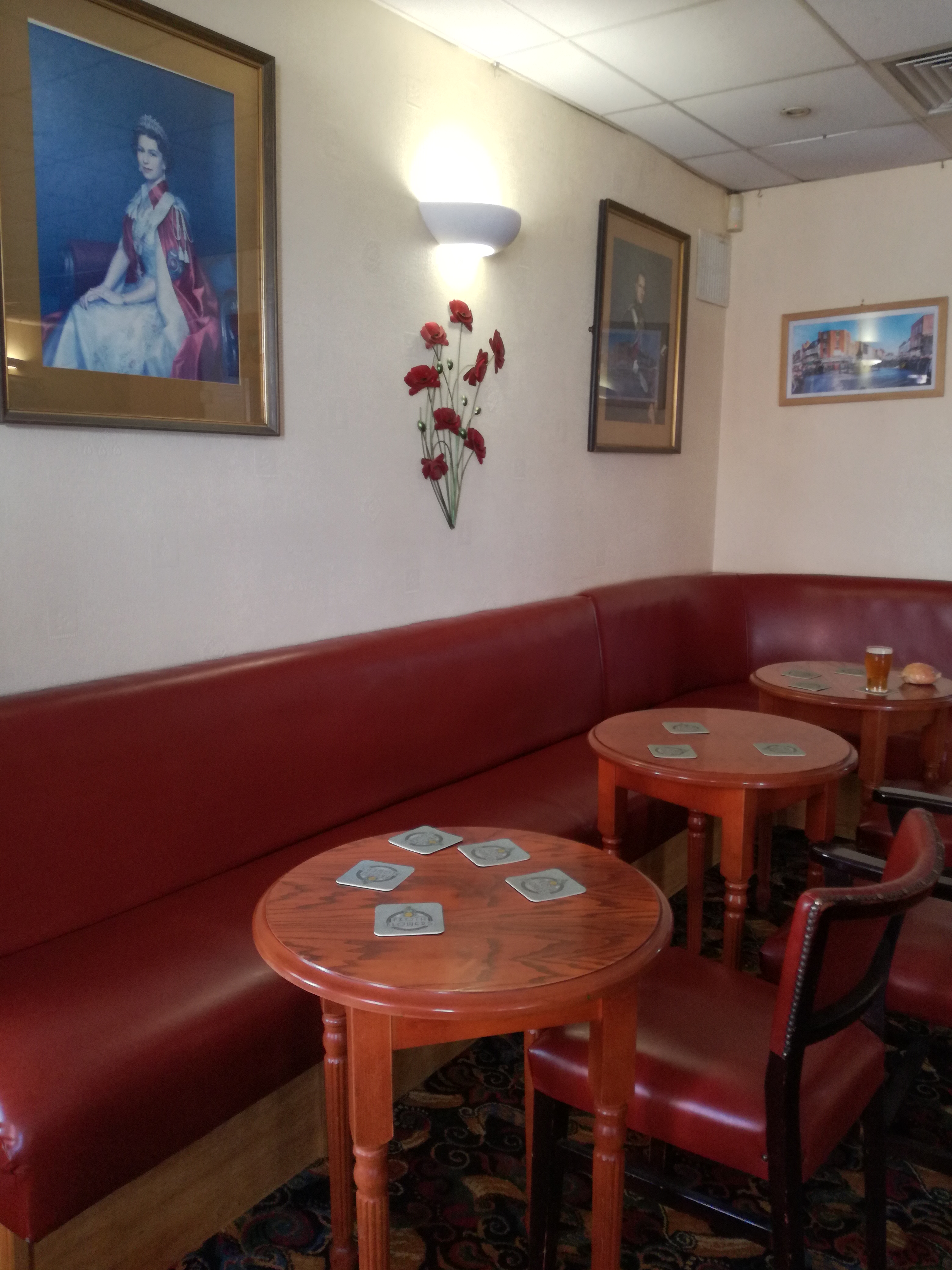 “You waiting for Steve, then ?”

I denied it, but somehow the damage was already done.