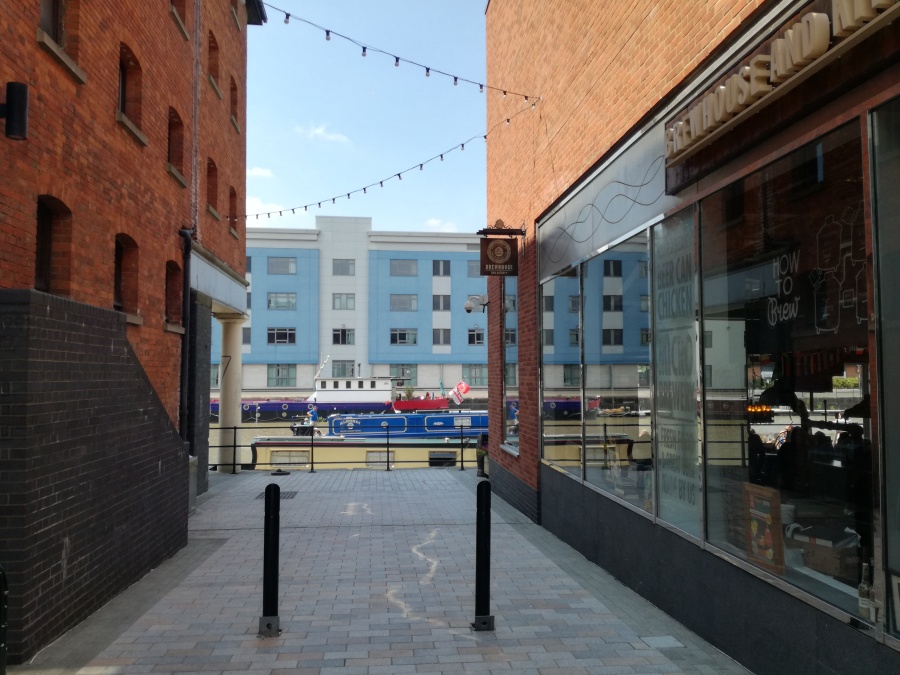 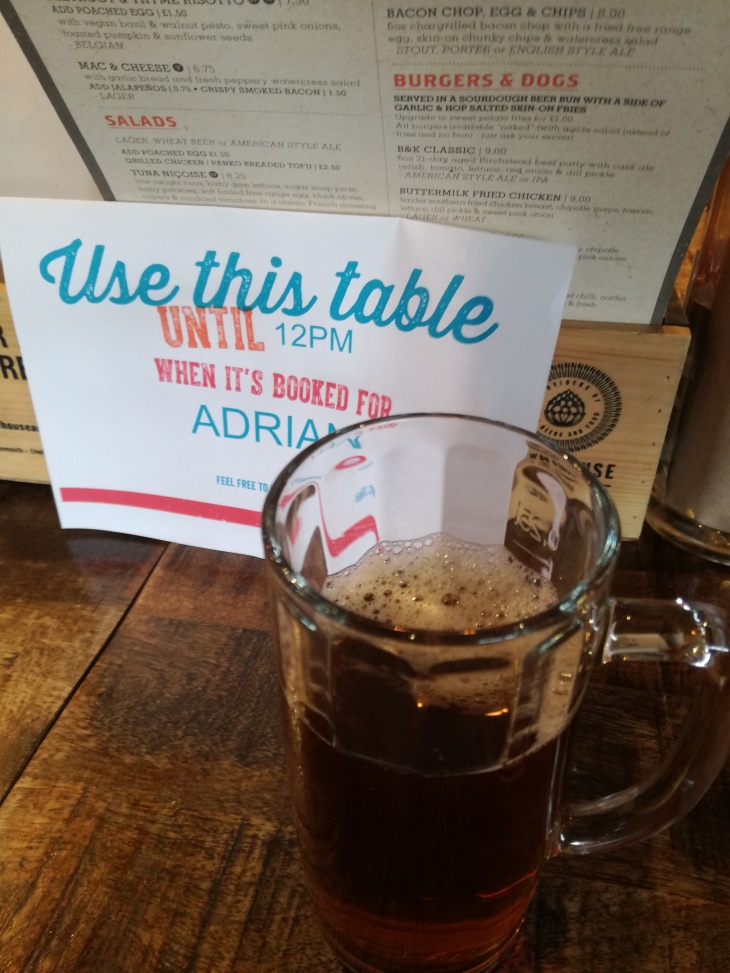 Recently I’ve wondered if this summer might be the summer that kills cask as a mainstream drink. You’ll have seen how resentful I’ve been about cask in Scotland, and eleven pubs over two days around the Brecons this week brought two drinkable pints (both in a Spoons). In Beer Guide pubs.

But then again, last week on the Isle of Man we pretty much had beer served at ideal temperatures throughout.  Reports on Manx cats and woolly sheep to follow.

Sticking in Gloucestershire, I was delighted to find the two new entries in the county town and Cheltenham were both Brewhouse & Kitchens (or whatever the collective noun for hellholes is).  A chance to face my prejudices head on.

Indentikit décor, overpriced food, terrible glassware, an aversion to cash, table reservations for folk who don’t turn up, weird homebrew.  Why do they get in the Guide, I ask rhetorically.  But they’re doing something right.

For a truly excoriating perspective on B&K, read BRAPA in Highbury (and compare to this).  They really are Frankie & Bennys with homebrew (not a recommendation).

Face it, the one below could be anywhere.

At the bar, couples and groups fan themselves with menus while I try to choose between weirdly named beers. 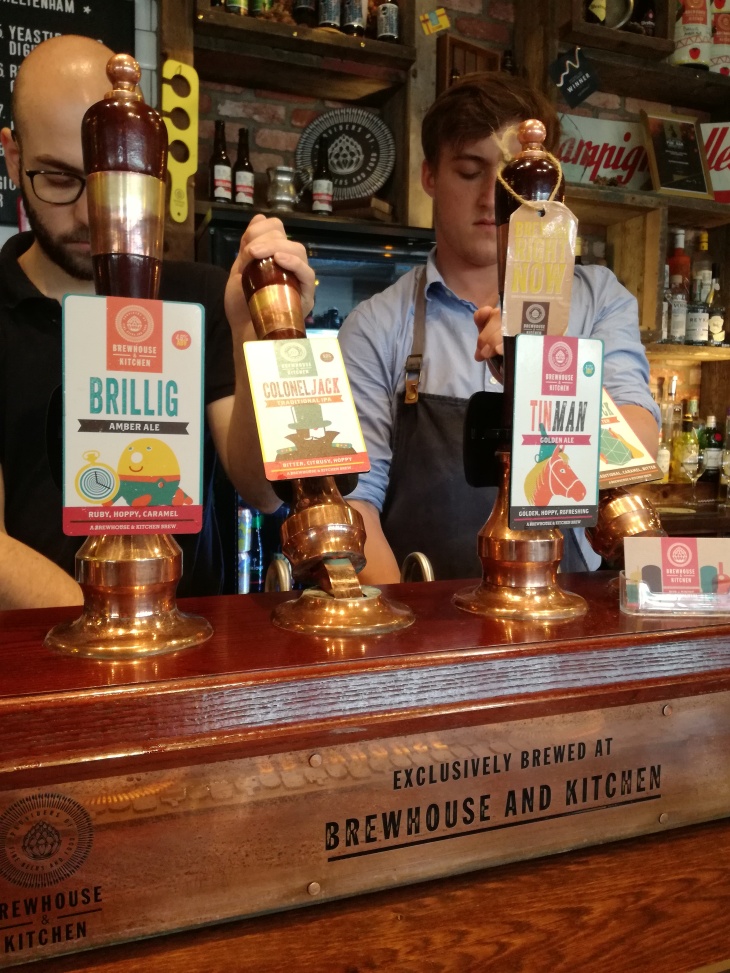 I guess wrong, and present my undrinkable half as “end of the barrel, sorry“.  After a long consultation, I get a different half which isn’t really any better.  They don’t turn the clip round either, but luckily no-one is drinking the cask so it doesn’t really matter.

But I’ll say this.  It’s heaving.  They don’t care what Simon or I think.

An hour later,the train pulls into Gloucester, seemingly a poor relation to Chelts. 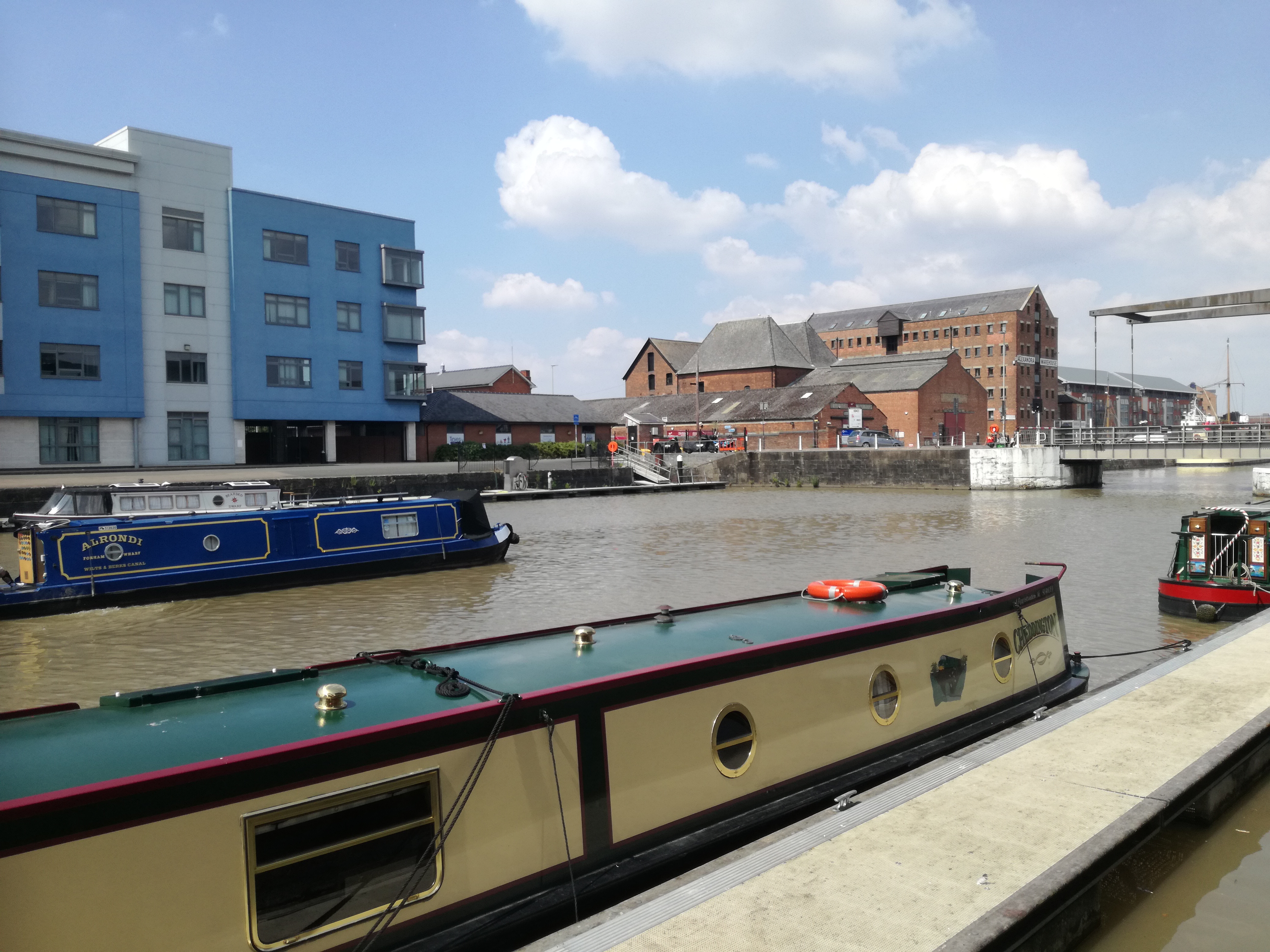 But the regeneration of the Docks has saved Gloucester, at least on the evidence of a sunny day in July when the pubs are heaving. 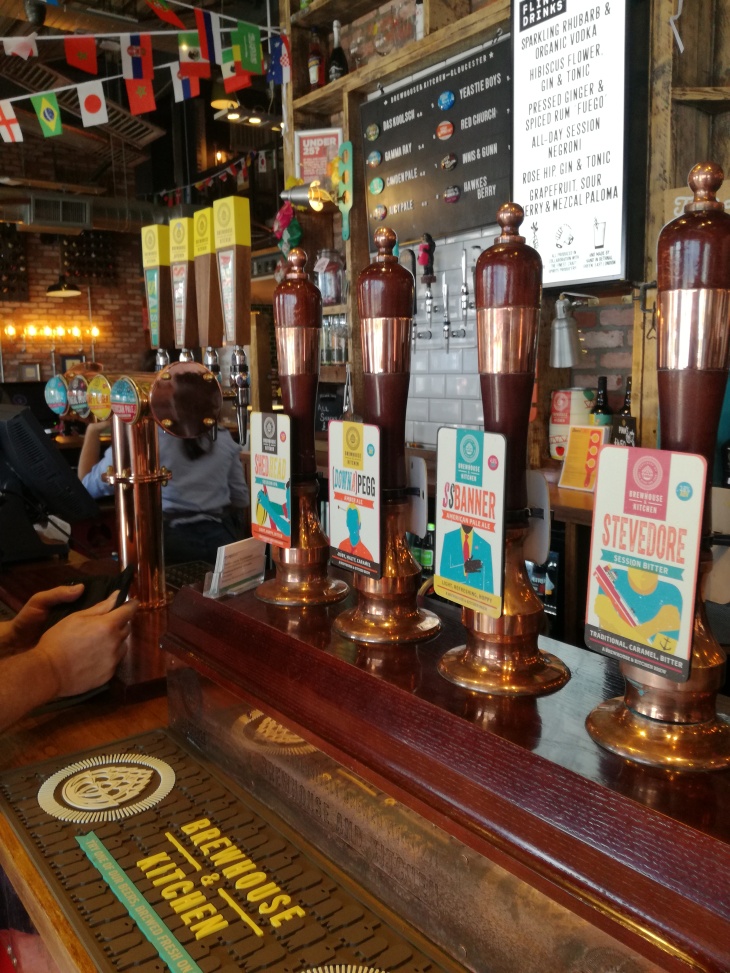 And, though I can scarcely bring myself to say it, their homebrew is close to nectar (NBSS 3.5), and I enjoy it by the water.  I’d still rather drink keg in the Nelson, mind.