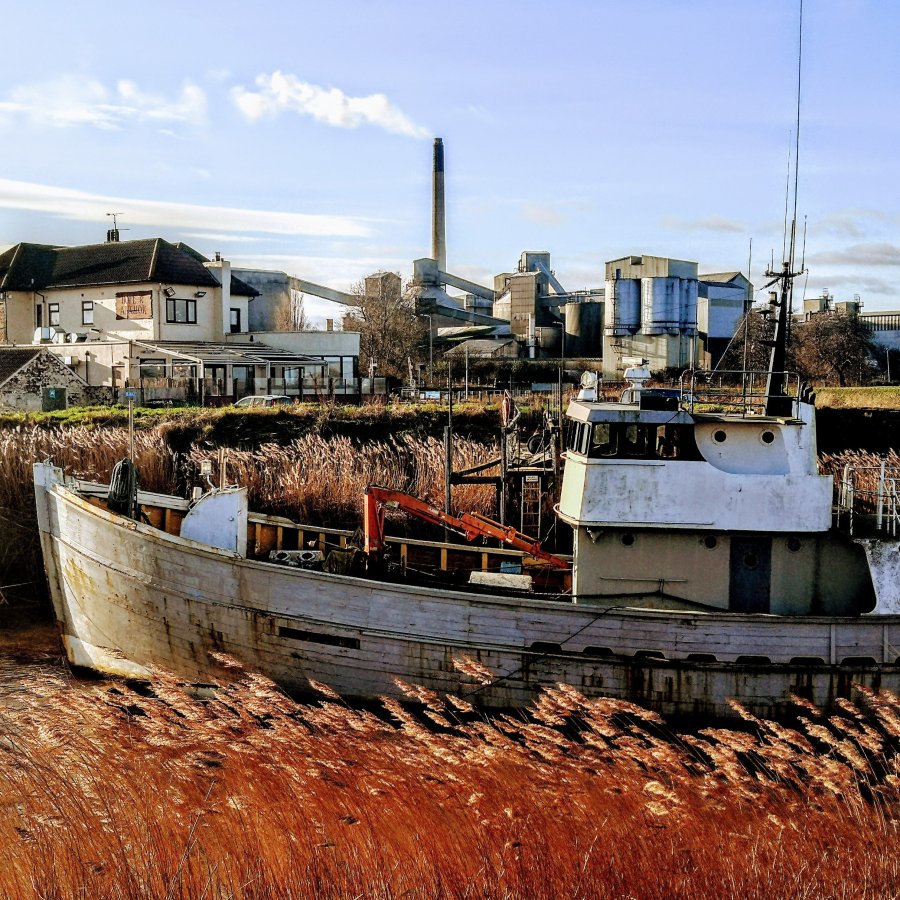 You left me in the Hull Ibis, oddly without a Chinese takeaway as I’d had the nacho chips (without burnt ends) in the Atom Tap.

Reader Dave “US” Southworth has let me know he can’t comment on the blog.  If you’re struggling too, let me know in the comments section below.

I thought Dave was going to explain “burnt ends” but he just wanted to let me know he auditioned (unsuccessfully) for Love Island in 2016 when he got drunk in Bewdley.

In the morning I marked up the East Yorkshire section of the GBG, noting with pride I’d beaten BRAPA to it.

Lincolnshire was next, with a night in Lincolnshire’s only half-decent seaside town awaiting.

But first, a rare non-Spoons breakfast a half mile from Hull Tigers ground.

As in Crewe, the Mediterranean breakfast was the best of the bunch, and fooled me into thinking I was having a healthy start to the day.

A quick look at the docks confirmed, as thought, where the “true” north starts.

Then, over the river to the sluice at South Ferriby.

As you’ll know North Ferriby is was home to Humberside’s top football team, which in 2015 made amends for Hull Tiger’s capitulation at Wembley the previous season by bringing home the FA Trophy. Less than four years later North Ferriby went bankrupt with mammoth debts of £7,645.25. Note Read’s Island, with its micropub only accessible on foot at high (or is it low) tide.

And the leisure cruise to the Island was having a break.

Never mind, there’s another micro on the walk around the banks of the Humber.

More disappointment at The Bird Hide, with no pumps in evidence but at least you could get a good view of the Bridge. In fact, on a beautifully clear January day, there were few places better to be in Lincolnshire, except the place coming up in Cleethorpes.

The new GBG entry has a sign that seems to commemorate the visit of Wonder Woman in 1951. 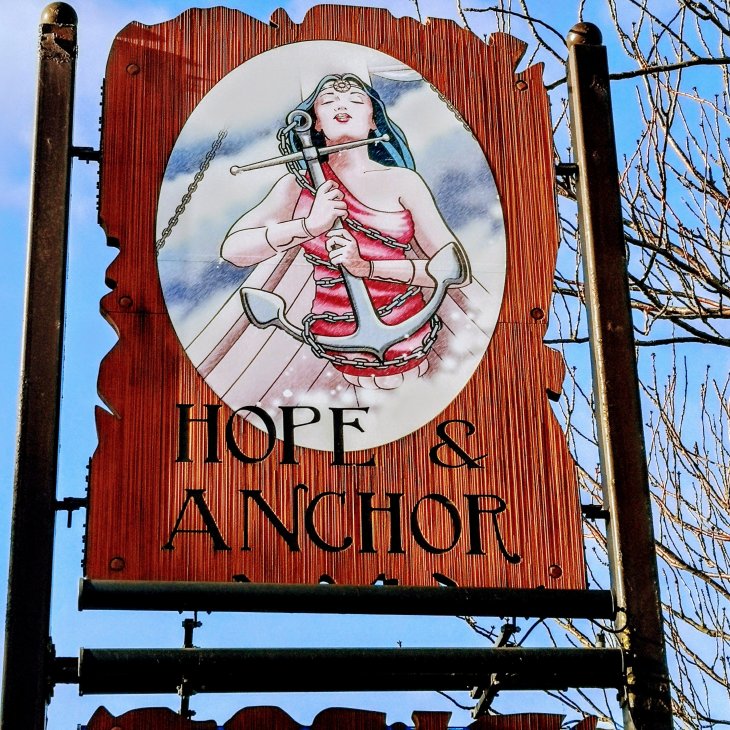 This is, as BRAPA astutely pointed out, an upmarket dining pub.   Even the man who came to look at the handpumps was French.  And pubs with mermaids and antique maps are always posh.

Now, this is a tricky one for me.  It’s essentially a restaurant, but they treated my purchase of  a half the same way they’d treat the group of gentlefolk sharing a bottle of vintage Le Chaufontiene ’54.  And the staff were really lovely, and the banter between them and the other drinker warm and pubby.

But the beer. Oh.

The house beer (Over £4 a pint) was sharp and unpleasant, and immediately replaced with good grace for the Lincoln Gold, which was homebrew hell. I wasn’t trying again, and I’ve scored them on WhatPub.

What more could I do ? Phone the head brewer ?

If ever there was a place I’d say visit, but have a Guinness, this is it.

16 thoughts on “OVER THE HUMBER”