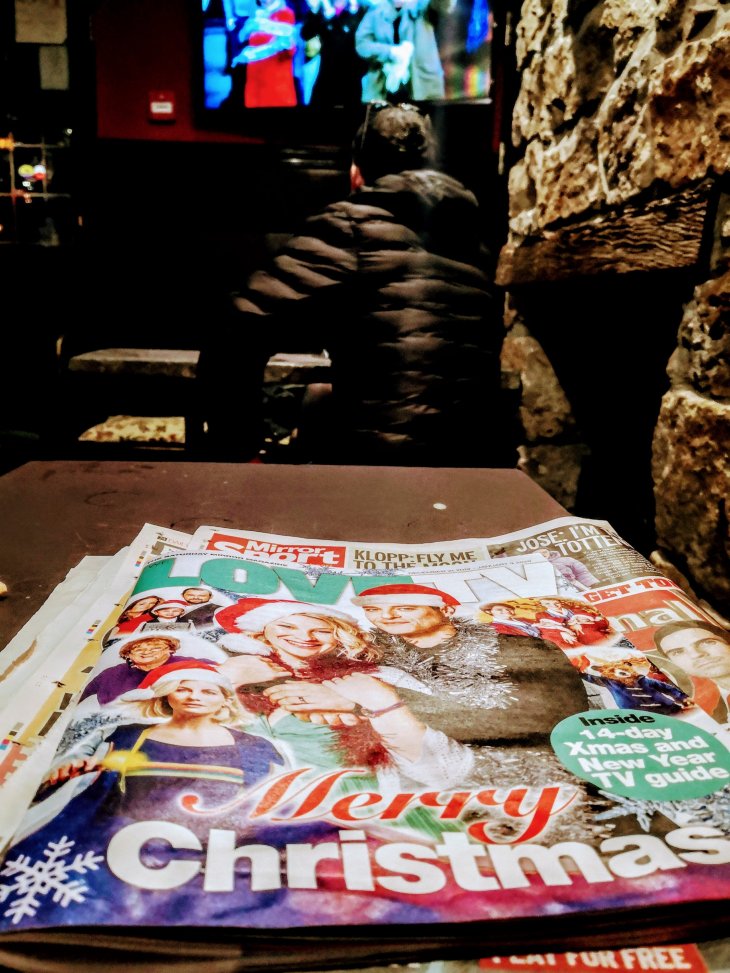 Anything was going to be a bit of an anticlimax after the Black Boy, but the Caernarfon GBG newbie was, excitingly, hard to find down the tiny streets off the castle walls. 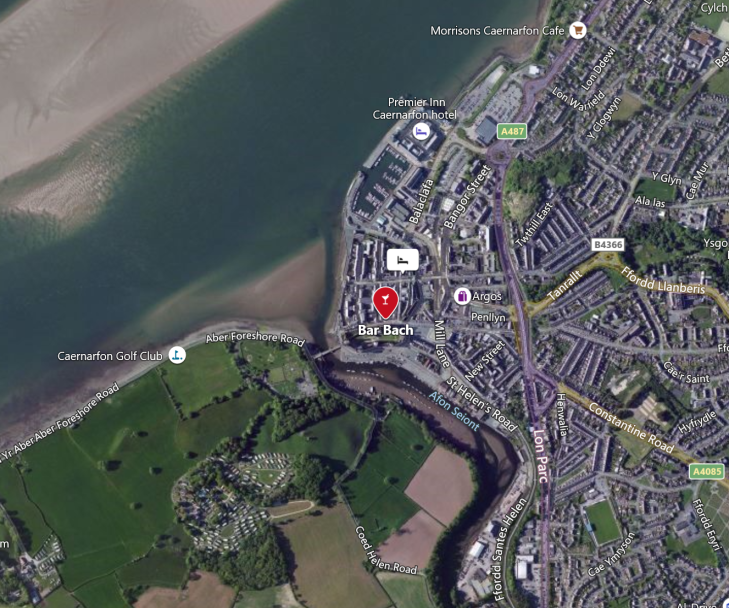 That probably says more about the paucity of micros in Wales than anything else.

Bar Bach (“little bar”) doesn’t feel that small. It’s big enough for telly and couples and children, after all.

A set of Bass handpumps promised much, 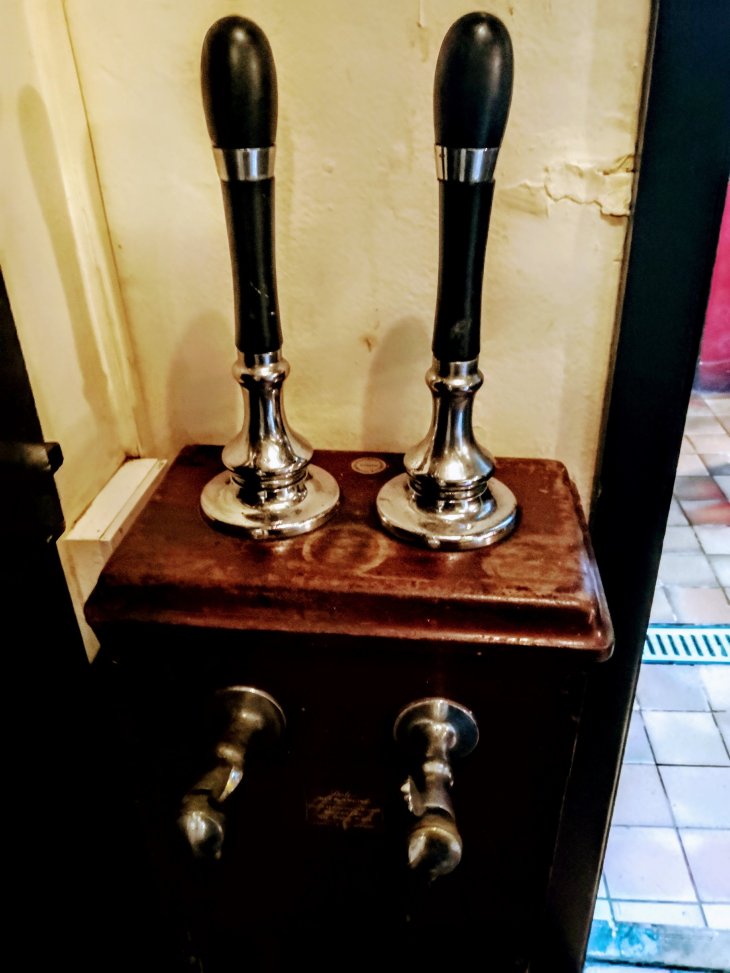 but actually it was just a locals bar, with everyone on lager.

And there’s nothing wrong with that.

Some more of the Cwrw brewery beer that gets everywhere.

And something called “Seidr” that I guess is Welsh for milkshake sour DIPA.

It’s never a great sign when the ale is served in a Guinness glass, is it ? 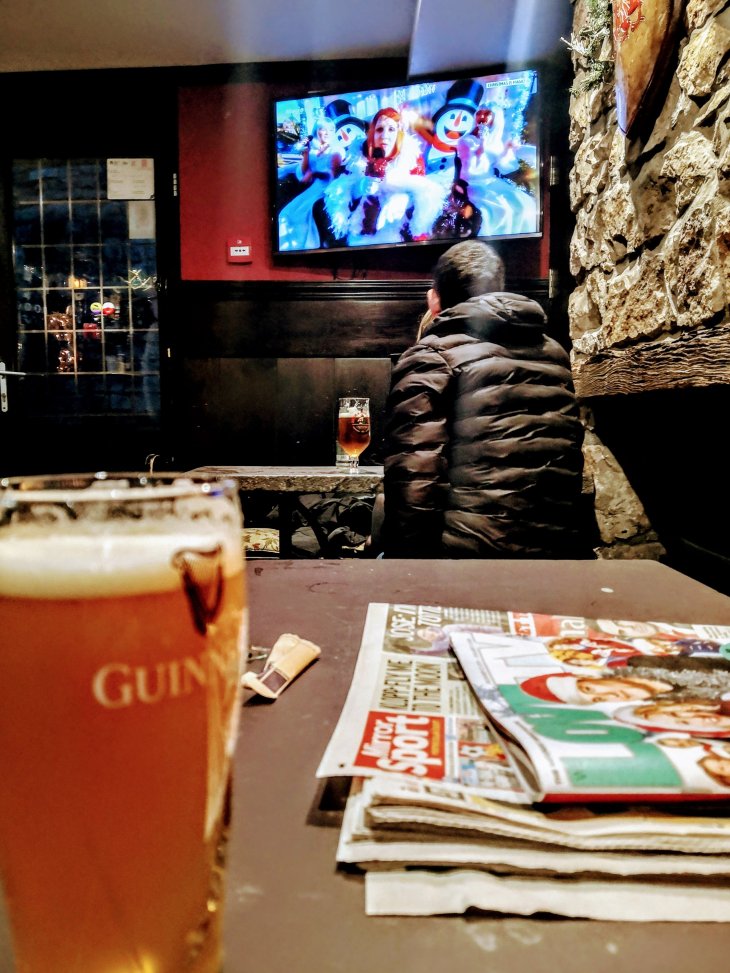 But the beer from Llyn was OK, and a Christmas jumper fuelled atmosphere hard to argue with.

I spent five minutes surveying the Mirror Christmas Guide, noted the absence of the BRAPA Goes To Newark Special, and decided I’d be listening to LBC over the holiday period.