No, not a political comment, just a lunchstop in Sheffield before that shopping ordeal from hell. 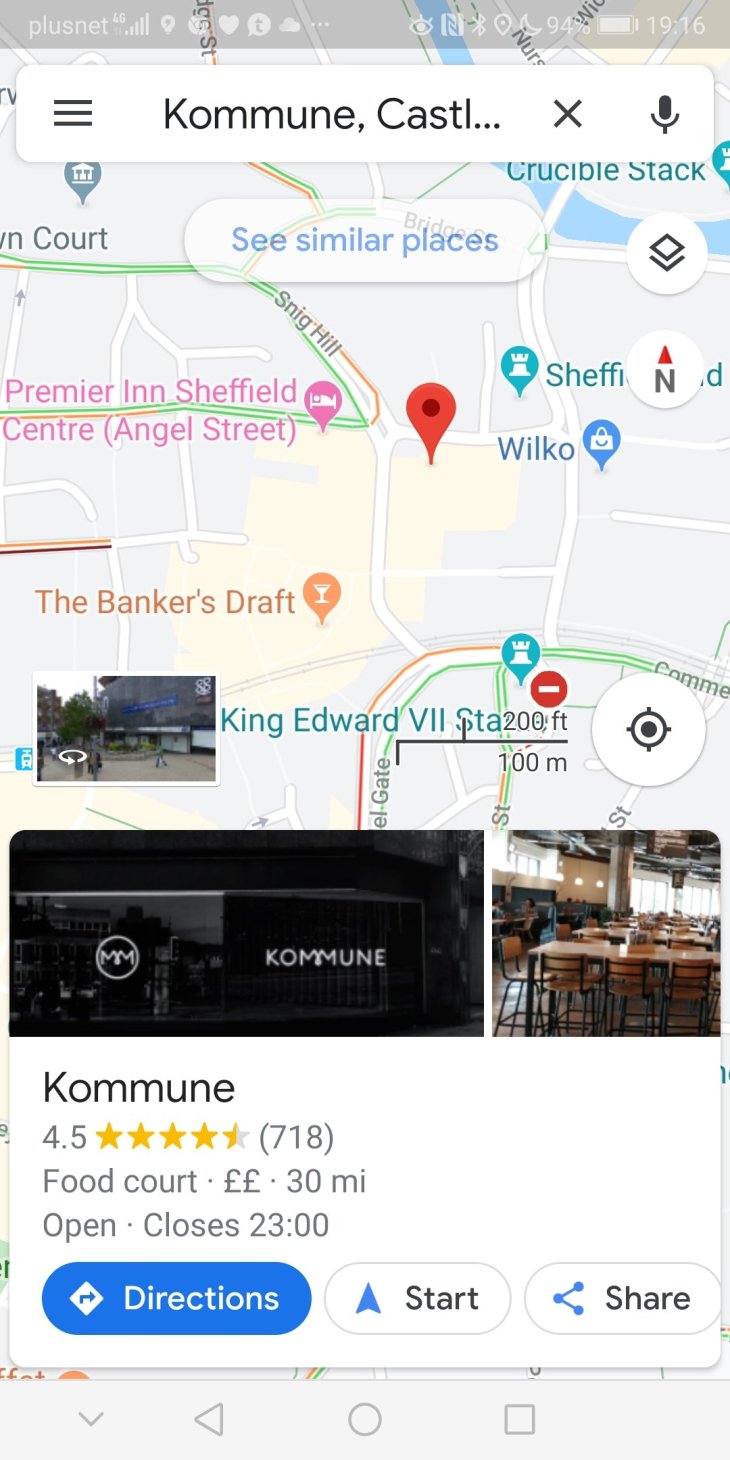 Kommune was the recommendation of the cheery micropub owner in Brimming with Beer in Brimmington, yet another Greater Chesterfield micro.

I’d recommend a visit here as much for the pre-emptive picks as the Pale from Stancill, which was a solid 3.5. Most of the conversation was about Barnsley accents and the border where “M’duck” starts.

Krafty Kirsty visited Kommune recently and had mixed views, to be polite.

I skipped the beer, no cask and mainly cans, only now finding out they were serving the mixed fermentations sours from Pastore of my own fair village. If James cared about beer, he’d have been impressed.

James was impressed with the Korean food from the “food trucks in a hall”, rather cheaper at lunchtime than evening.

Closer in feel to Mackie Mayor than the local Cutlery Works, and bringing some much needed calories to the underfed students of the Hallam.

Mrs RM will love it when she visits to take James shopping, which will take rather longer than the 14 minutes my son and I allocated to the task in H & M, as he prepared to be the guinea pig for his brother’s barbering exam on the Friday.

But the queue to get out of Wicker was the worst in memory.

Sadly, Thursday would bring rather bigger concerns than traffic to the Steel town.