I am so woke (if not actually awake) I’m able to give obscure Aberdeenshire villages their preferred names; the same applies to our national sport.

Not content with my first Highland League fixture, I made Sunday the designated “Watch Scottish football on TV in a pub” day.

Well, that could wait. First I popped in the Archibald Simpson because I like standing in queues.

The big surprise about Aberdeen, apart from glorious sunshine and decent curry, was the quality of the cask. Even in Spoons.

The overworked barman (again) was bemused by my request “Pint of 3B please” “The Arkell’s” “The blue one ?” before it dawned “Ah, one of those handpump things. Which one ?”.

Always ask for “The handpump” in Scotland. Or wave your CAMRA voucher.

This was my third Arkells 3B of the trip.

You’ll know what I’ve done single-handedly to revive the reputation of Doom Bar. Hopefully I can do the same for Arkells, another small South-Western brewer whose beers are cruelly overlooked by the CAMRA crafterati.

Actually, this 3B had the richness and complexity of a good Doom Bar or 6X (NBSS 3.5).

Of course, Spoons are purist pubs so you can’t watch football in there, so back to Ma’s, which I’ve colourised back to its 1800s heyday.

Old on the outside, horribly Greene King-ised on the inside. Think any chain pub/diner you’ve ever been in. The Halloween tat and condiments on every table don’t help.

But at least there’s beers you’ve heard of.

Still, I had great fun watching the torments of Aberdeen fans watching their team muster barely a shot in anger against Celtic (0-4), and the 80/ was as good as you’d hope (NBSS 3).

Only English tourists drink the heavy in Scottish pubs these days, of course.

The fitba was dull, but the Fittie never disappoint.

Being virtuous, the rain had come while I was in the pub, and now the sun brought a rainbow of hope for Scottish cask. 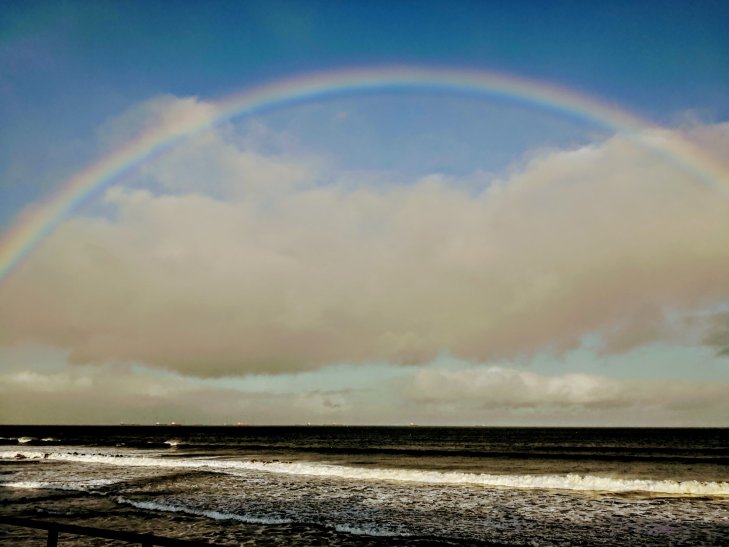 Lots of Japanese tourists heading for the Fittie to gawp at the old fishing cottages, which just shows how wise they are.

The tourists headed for soup in the Fittie Bar, and I really should have joined them. 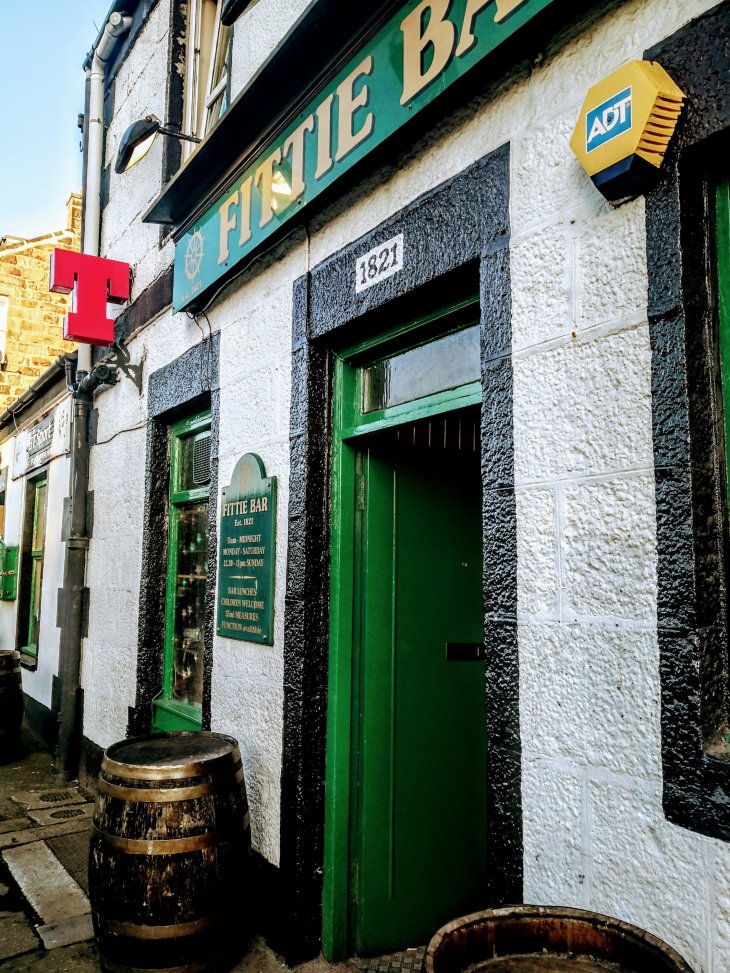 But I needed my craft lunch…

5 thoughts on “FITTIE AND FITBA IN ABERDEEN”