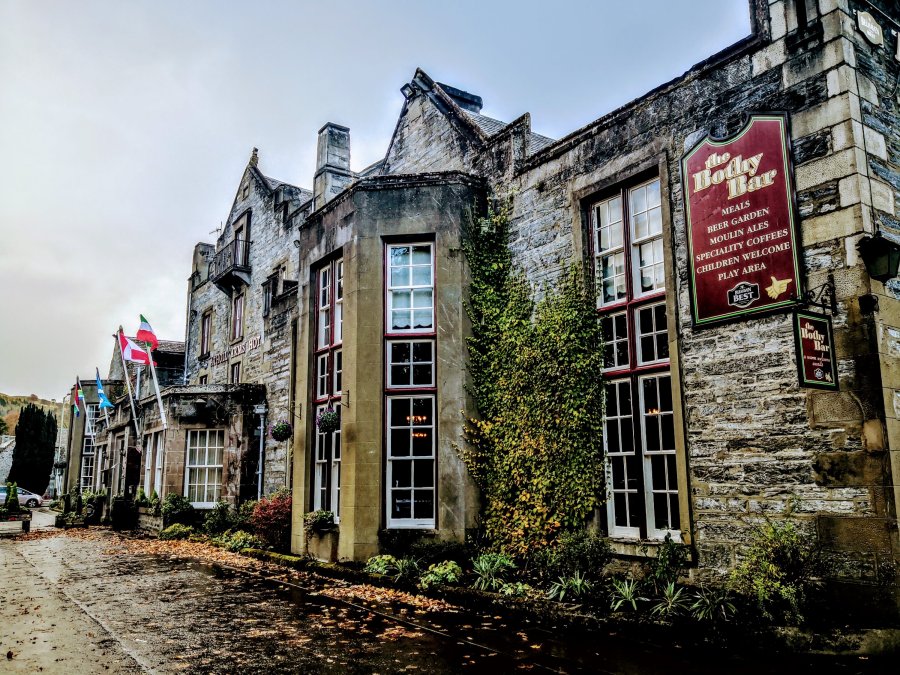 You’ll probably have worked out by now I failed in my Orkney expedition.

By the time I reached Inverness after a breathtaking stretch of A9 I’d worked out that exploring the Cairngorms by train, and a night on the town by Loch Ness (#Believe), was more enticing than another 4 hour slog up to Lands End.

That and Mrs RM had instructed me to meet her in Aberdeen the next day. I know my place.

Oddly, as I enter the Highlands and a series of mythical places, more people tell me they were there recently than when I venture into Cleethorpes. Even my parents have been here, and they’ve never been to Little Downham like Si and I have, twice.

Curry Charles had been within 10 miles of here a few days before me, and failed to leave me a double entendre. He’ll give me one later.

Next stop on the line back to Inverness was Blair Atholl, which sounds like an island that Anthony Charles Lynton has been exiled for crimes of your choice.

I seemed to have it all to myself, with any American tourists heading to Blair Castle to look at kilts. You really have to be there to experience the calm.

The eponymous hotel looks grand, and is celebrating (hopefully) a South African victory over Engerland whenever the silly shaped ball cup thing ends.

Several gentlefolk park up and head towards the entrance, after which there’s no sight or sound of them.

I head for the bar, ignoring the receptionist. Perhaps she is the barperson, too.

Doesn’t look very promising, does it ? Does the lack of pump clip say “Real ale when we feel like it, order a coke“.

I swallow my pride and ask her if the bar is open.

“The bar’s round the corner” says an Old Boy from out of sight.

A bit of an affectation in country hotels, the “locals bar with odd name“, very Lake District. There’s even a little museum showing how the village looked in 2001, if I read that right.

I expect something unbearably twee.

How wrong I am (again). It’s quite wonderful.

The gentlefolk are ensconced in their menus, choosing between haggis nachos and macaroni cheese (national dish), leaving a couple of Professional Drinkers at the bar, one of whom was discussing the relative merits of chickpeas V broad beans in curry and how he’d use his day off to explore the bar at the bowls club.

I asked our PD where he came from, as he wasn’t local.

The barman, another gem exiled far from home (Swansea), sniggered. I wasn’t sure if this was a running joke or an involuntary action, and I’ll never find out.

“The ale here is good, if you like your ale” said the man from Tipperary, drinking lager.

And the recommended Ale of Atholl was a good choice, rich and ruby (NBSS 3).

I could have stayed there all day and become a Professional Drinker myself. But the train to Aviemore waits for no man.