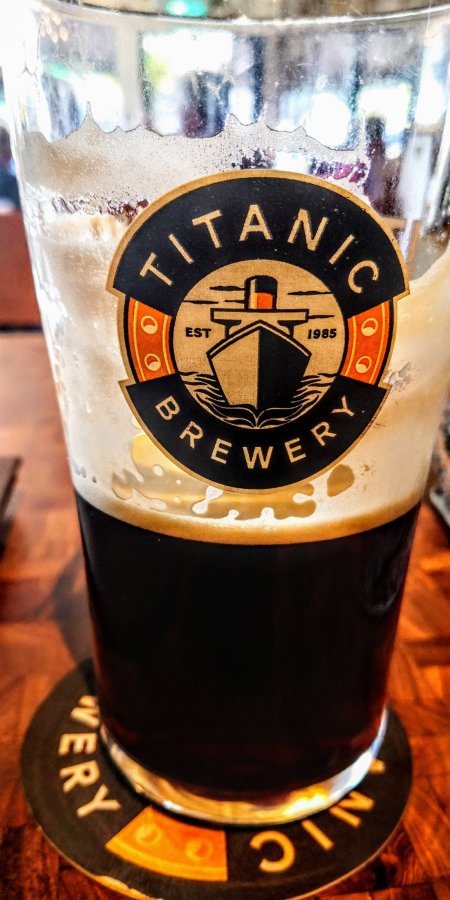 A designated heritage trip through east Cheshire, with only a small Branson Premium applied as it manages to bypass Stoke. 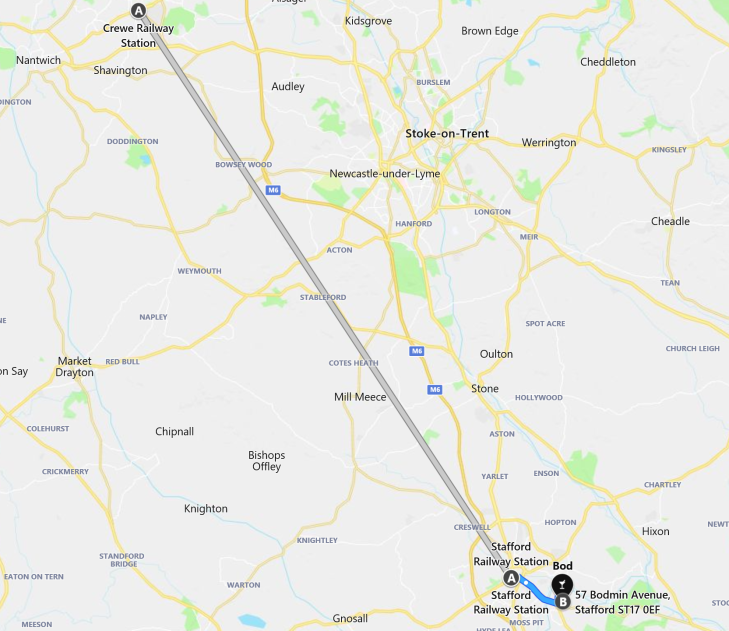 I resisted the craft beer options on Crewe Station.

Yes, my Big Day In Stafford with Paul (t’other) Mudge and Quosh, a first time out for this particular trio. Most of the pre-match betting was on Paul due to home advantage.

Those two made an early start in Stone, a mythical place I have read about in yellowing GBGs of yore.

So I had the glories of the county town to myself; it looked stunning.

I was going to walk the 45 minutes both ways to bod, the Titanic cafe bar in the well known suburb of Weeping Cross. 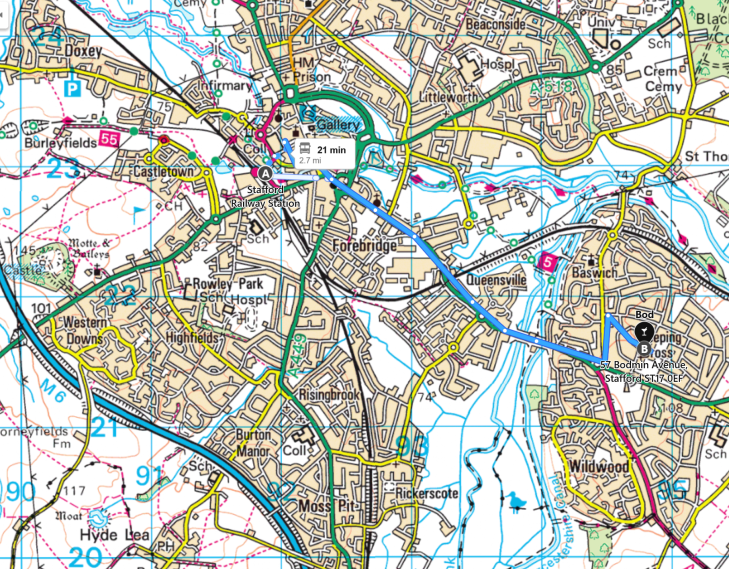 But frankly I’d missed breakfast and didn’t want to pass out in Baswich.

So, despite what I said about buses yesterday, I hopped on the 826 just past the “closed for refurb” park.

The least exciting 15 minute bus journey in the UK, and the row of business making up the mysterious “SHOPS” were only rescued from blandness by the butchers being nearly named Motorhead.

So what’s Titanic doing plonking a café here in the middle of a quiet Stafford suburb ?

Making loads of money by the look of it.

I counted two dozen on a Wednesday lunchtime, all eating, which if not quite Spoons is good going for a family brewer.

OK, only half a dozen weren’t drinking lattes, and six pumps is a bit ambitious.

But the proof is in the slurping. A thick, chunky Plum Porter was a 3.5, possibly a tad behind the version being drunk by Quosh at that precise moment in the Royal Exchange 10 miles up the road.

Yes, those nachos were my breakfast.

Nothing happened, I wished I was in Stone, and a coffee drinker bagged the table with a phone charging point to annoy me.

Only the sexist toilets are worthy of your attention.

But the Plum Porter; wow, it never fails.

My head was clear by now, so I walked back, entertained only by the flooded banks and the view of the once-famous Spittal Brook.

Time to meet the Pub Professionals…

19 thoughts on “ON MY BOD IN STAFFORD”