Last night I was fully caught up. Tonight I have eight new GBG pubs to bring you.

Such is the magic of Tyne & Wear. 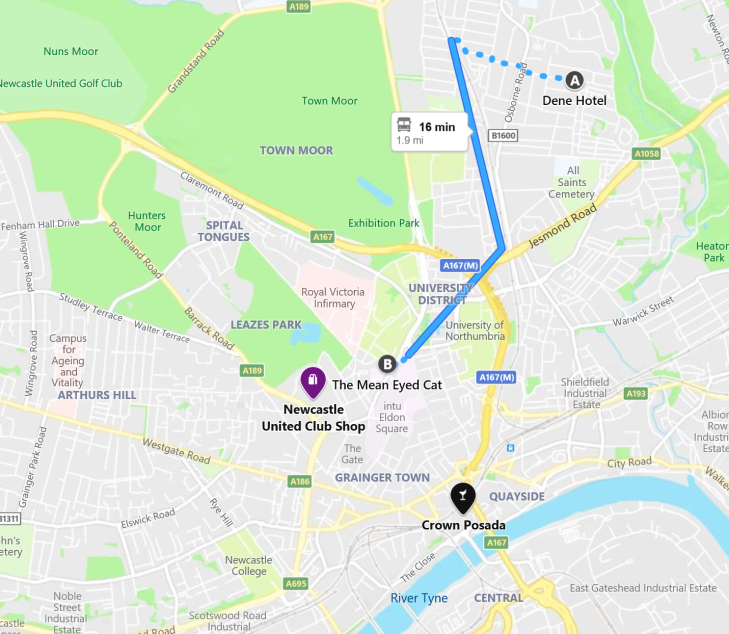 I was able to combine my ticks with a good deed, giving my niece Emily and boyfriend a lift to their new homes.

Wisely, they’d chosen to stay next door to the Crown Posada, but don’t expect a blog.

I stayed in safe but dull Jesmond, a GBG desert.£30 B&B for the Dene with free parking, mind.

Annoyingly, I only walked past the Mean Eyed Cat in March. One should always go in an open micropub as it’s bound to make the next Guide.

Back in the Spring it looked a little temporary, and more greasy spoon than micro. The provision of foot services (not Michael) was also a bit offputting, and why pick on cats when dogs smell ?

Inside all is typically Newcastle; vegan pies and murk.

And any pub named in honour of Lux Interior is OK with me.

And any pub with two Almasty murks is fine too.

A good mixed crowd again in another central Newcastle micro. It could have been in Heaton or Byker or Gateshead, rather than yards from St James.

I had the last drop of the house Almasty, but it was still a 3.5. Are they invincible? Yes.

But that’s all a bit dull. What you need to know is that on the table to my right two mates were playing a disturbing game of confessions, the sort you see in an Ember Inn in Basingstoke at 2pm in March.

“Can I say something to you about the Buckfast priest ?”

“I don’t have an ounce of remorse”

I just stared nervously at my lacings, and beat a hasty exit.

10 thoughts on ““THE BUCKFAST PRIEST” OF NEWCASTLE”