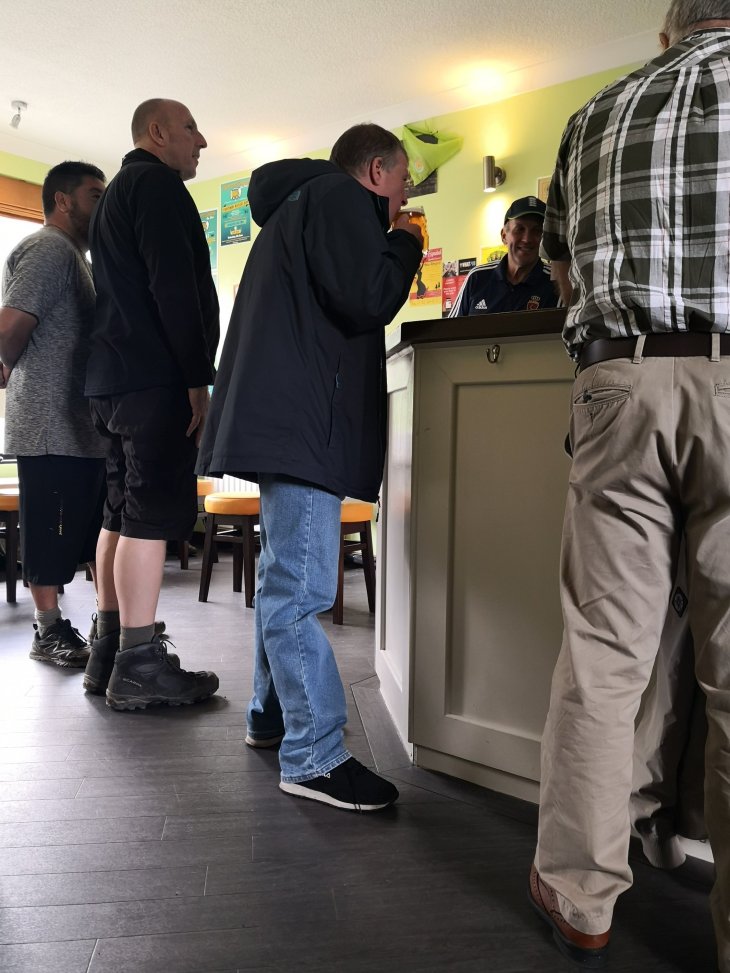 No, I couldn’t think of anything to rhyme with Longridge  (“Hide in the fridge, it’s Longridge” ?) and I’ve already used Posh Preston at least twice.

You all know where it is, I’m sure, so I’ve just marked the micros on this map that contains at least three major landmarks.

Yes, the AB InBev factory at Samlesbury, the Pudding Pie Nook, and the home of legendary PubMan and cassette resurrectionist Matthew Lawrenson.

I’m only a few chapters into my fevered analysis of GBG20 (embargoed till Sep 12), but the theme will no doubt be traditional large pubs being replaced by micros.

As is the case in Longridge, a town whose mills and quarries have given way to Booth’s and boutiques.

Only 7,724 folk, not much more than Waterbeach, but nearly 20 pubs and clubs in walking distance from that Booth’s cheese counter.

Some solid trad pubs (“traddies”) have graced the Guide over the years,

but GBG19 brings the town into the modern day, possibly.

I really struggle to describe micros.  After all, you know exactly what they look like.

And I couldn’t care less about what beers are on, and nor could you.

But the cask (North Riding Styrian, NBSS 3) is invariably decent, you’re bombarded with tasters,and you often get a personal touch, as here.

“There yer goooo” as the glass was wiped on the mat.

The chat between the half dozen regulars and Landlady was constant, not always the case.

Someone had just had their bike nicked. In Preston, inevitably.  I was headed there on Friday, and made notes accordingly.

Less drama five minutes away in the Tap & Vent, which micro connoisseurs (do they exist ?) will see as closer to the Withernsea model than Herne.

BRAPA Micropub bingo would no doubt include Connect 4, but possibly not Carrier Pigeon Monthly.

More focus on gin, keg taps, a few breweries even I’d heard of and Sultans of Swing playing.  It’s a good job there aren’t micropub inspectors yet (are there ?).

The nice lady asked the nice young lad to get out of the way of the handpumps so I could see them, but frankly you can see the Moorhouses White Witch label from space.

It was very good, cool and foamy.

And dirt cheap, allowing me to go upmarket in the Booth’s deli, which will at least make Matthew happy.