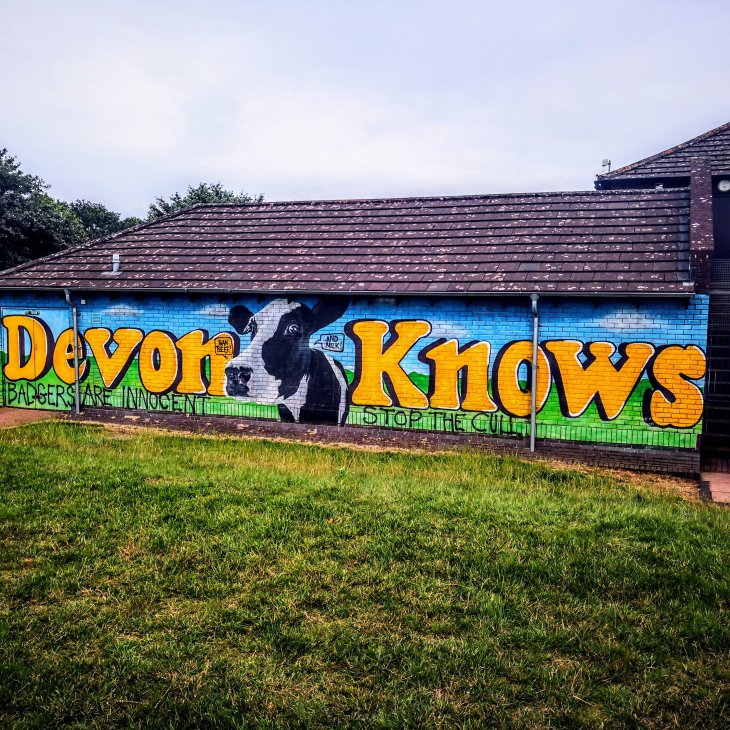 72 pubs ticked in Devon over the years, 40 of which had dropped out of the Guide, leaving the County as my biggest challenge.

Hoorah for the (University) Holidays, which leave student residences in central Exeter and Plymouth for the exclusive use of GBG tickers in July and August.

You can guess which of those cost double the price of the other.

It’s a lengthy round trip from Pennsylvania Court in the north to Exwick (where ?) in the West to Heavitree in the East and back.

As I approached the Thatched House (wonder where the name came from ?) I had a sinking feeling.

No lights, no life. Closed for refurb. Darn.

“Thriller” was playing, it always is somewhere in Exeter, and I realised the Thatched House could be summed up in one photo.

The pub will look nice when it’s finished, but still had a decent village pub feel and that reassuring array of eight pumps that tell you it’s a 2019 Greene King house.

Quite why I went for the local one I can’t explain. Even worse, it comes in the most horrendously shaped glass in the UK (except Adnams).

A spell in the sun improved a fruity homebrew to a passable 2.5, and I quite enjoyed the atmosphere you get when the weather brings the smokers out to join you under the scaffolding to talk about the best bars in Mykonos and reminisce about underage drinking.

On the way back into town I had a bit of a scare,

but quickly realise he’s living in That Derbyshire at the moment.

The riverside park is pleasant enough, wild and untamed.

As I’ve said before here, Exeter took a hammering from local planners after the war, but some things have survived.

You need a good phone, like a Huawei, to capture the detail on world famous frescoe “Simon and the affronted barmaid”.

If only they’d told me the White Hart would be in the Guide three years later I’d have had a pint back then. Perhaps I did.

Oooh look, a courtyard. Just like the New Inn up in Gloucester, and full of clutter too.

Beams with writing on them; not a good look.

But there’s good news. A really mixed Spoons-like crowd, and a gentleman kindly sitting in front of the Marston’s pumps so I didn’t have too much choice.

It was either Old Thumper or Olde Empire, and was better than 3.

The palm trees make all the difference. 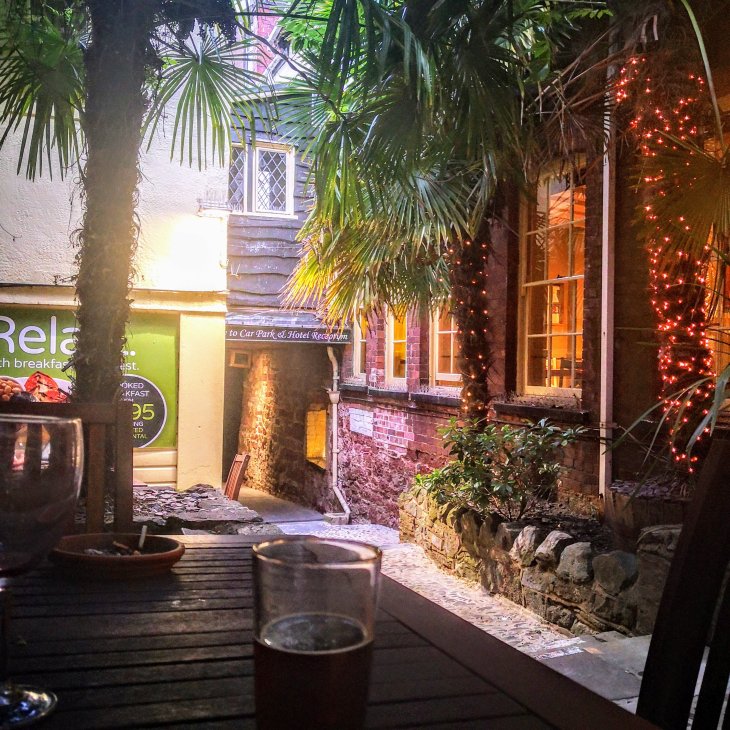