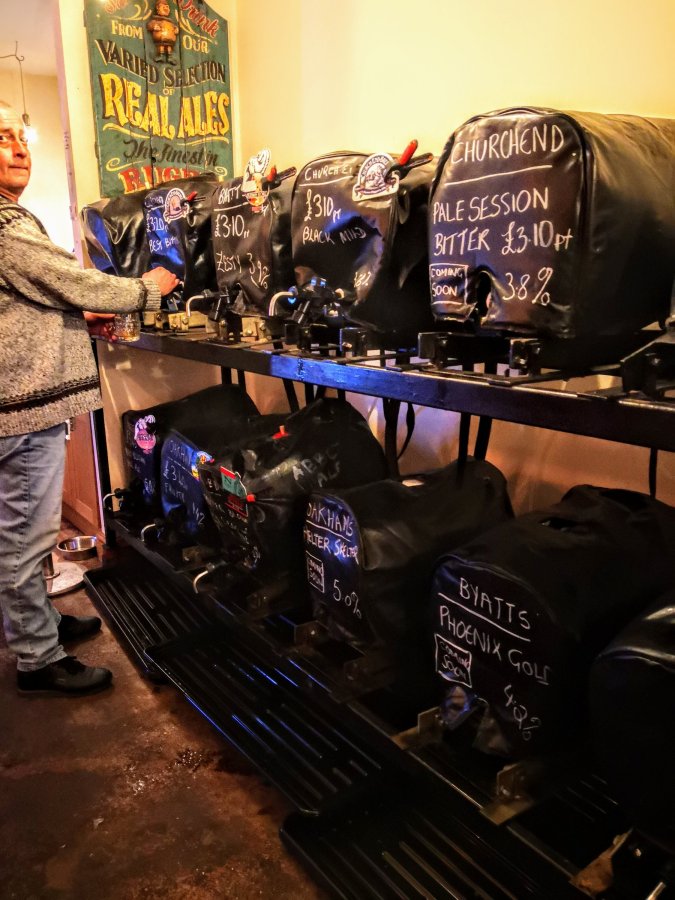 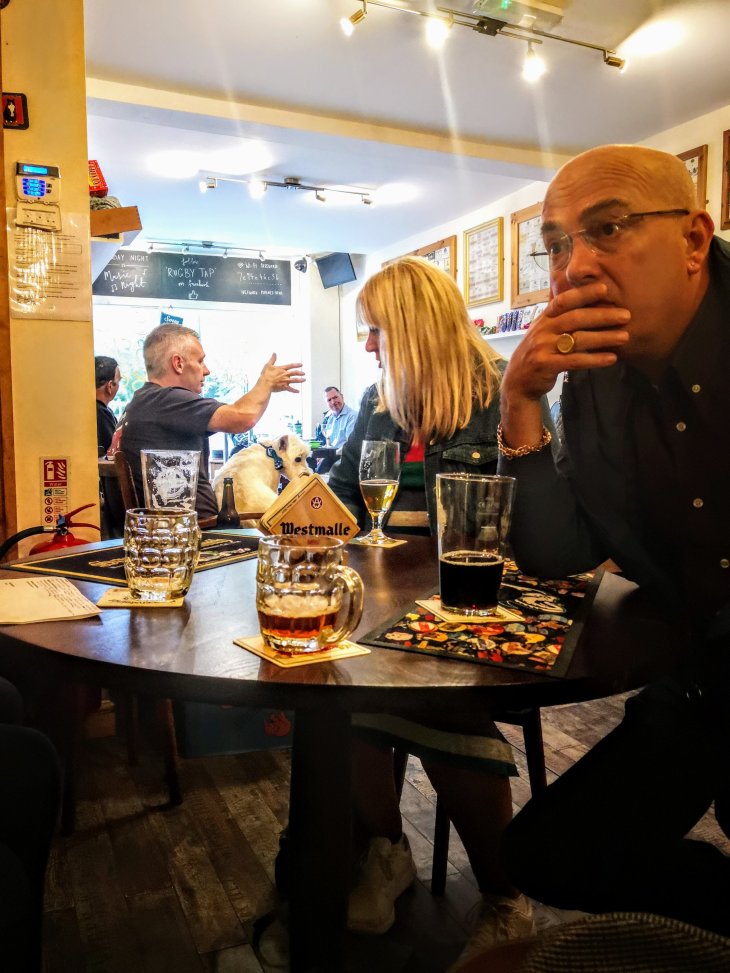 Nearly finished Rugby now. Then I can turn my attention to (checks diary) BRAPA in Belper.

One of the downsides of these pub crawls, apart from the fixation on craft bars, is that you’re expected to stick with the group, and not nip off to pubs that aren’t on the official route or admire the local Art Gallery and faded Woolies signs.

I stopped for 10 seconds to admire the Cabbage Patch dolls in the canine charity shop and found myself abandoned on Rugby High Street.

Luckily I had the Official Itinerary on my phone, and caught them up at the Rugby Tap.

I wouldn’t have had this on my schedule, but the Raglan Arms was temporarily closed and the Tap is in the GBG.  And that font on the sign is so compelling.

Something had changed since I ticked off the Tap by buying a little plastic polypin of their beer a decade ago.  A polypin that still sits, forlorn, in our garage. £2 wasted.

Ah, they’ve added a micropub so you can drink indoors. Duncan would definitely have to do this again, I thought, as the structure of the GBG entry has fundamentally changed.  I do hope he has.

I was in mental torment; had I been colouring in Warwick in error for years ? Who cares.

My notes say “Bench seating” and “cosy”, which must be true, though I can’t remember anything except a good half of Church End, oddly not ruined by the handled jug.

Your standard micro crowd though, and where do you play darts ?

There you go.  Being nice to micro pubs.  I’ll never keep it up.

18 thoughts on “BEER GUIDE TICKING TERROR AT THE TAP”