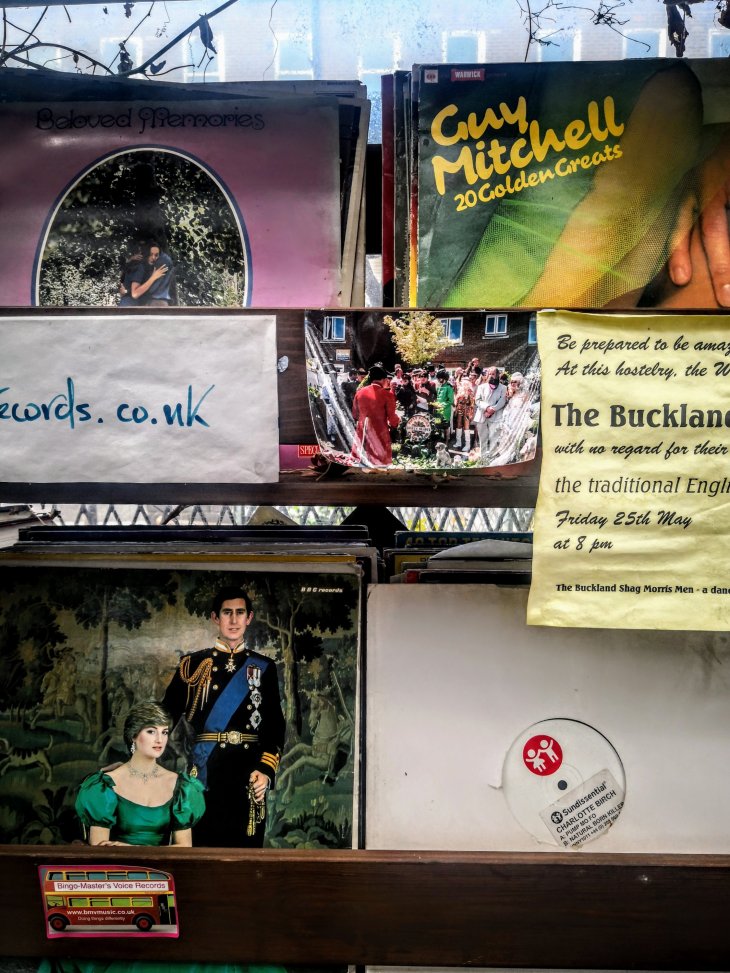 “What makes a Great Pub ?”, asks one of those interminable polls in Beer Twitter Land.

Stuff your pub cat (not literally), your ten homebrewed ales, your Michelin star.  I say any pub with a copy of the 1981 Royal Wedding Album on the shelf is a cast iron classic.

But we’ll come to that later, after a gastropub near Gatwick Airport. 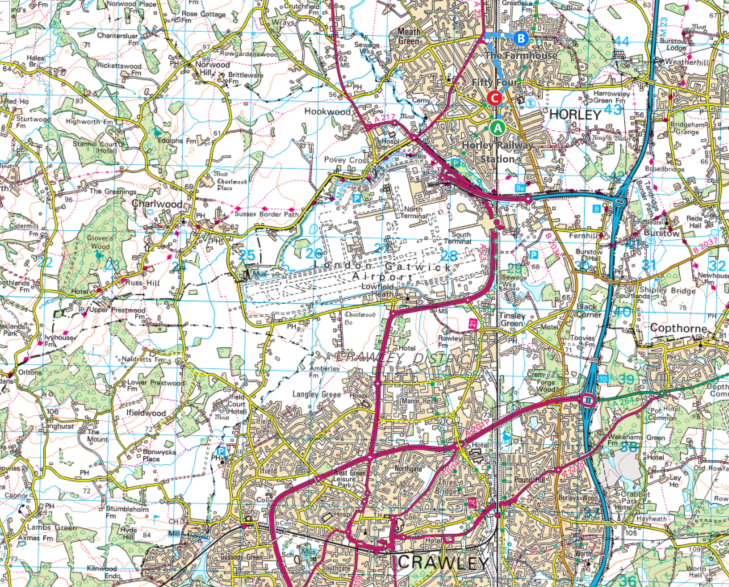 It was the morning of 1 April. I’d arranged to meet Mrs RM in Borough Market that evening, and after assisting Hull CAMRA with their enquiries about the off-shore pub at Spurn Head, I headed to London Bridge.  Via Horley.

Surrey isn’t a county of great towns, Leatherhead apart, and Horley is strictly functional (or so I thought).  But at least it’s got a couple of GBG pubs, one more than crafty Crawley.

The Farmhouse is a bit of a contrast with the Spoons;

Narrow, bustling and bewildering, with groups of diners rearranging tables to make my progress harder, so I headed into the pretty garden, armed with a half of Harvey’s in a pretty Carling glass.

Let’s be fair, the Sussex Best was Good Beer Guide standard, cool and tasty, whatever the focus on food.  Credit where it’s due, local CAMRA.

A long journey for a half of NBSS 3 bitter, but as I wove back to the station via modern housing estates I checked WhatPub for pre-emptive tick potential.

I had 20 minutes before the train to Redhill.  Could I do Fifty Four justice ?

The owner and a mate, wonderfully cheery blokes, were sipping tea on the High Street pavement and playing a game that I think was marbles but looks like M&Ms on a roti on my photo, all overseen by a Dog With No Name.

Oh, they served me a quick beer while I admired the LPs, something lovely from Pilgrim that may or may not have been real ale according to the Divine Orders of CAMRA.

Appropriately, they were playing “Shiny Happy People”, rather than the Charles & Di singalong album, as I left.

If the Horley model works they should franchise Fifty Four to Preston. Matthew Lawrenson would love this one.