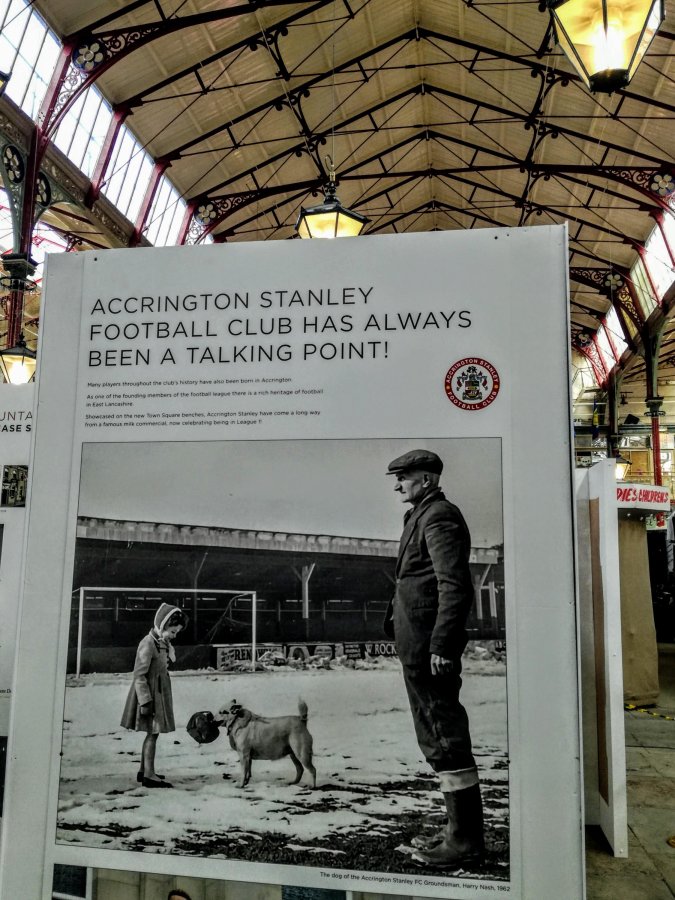 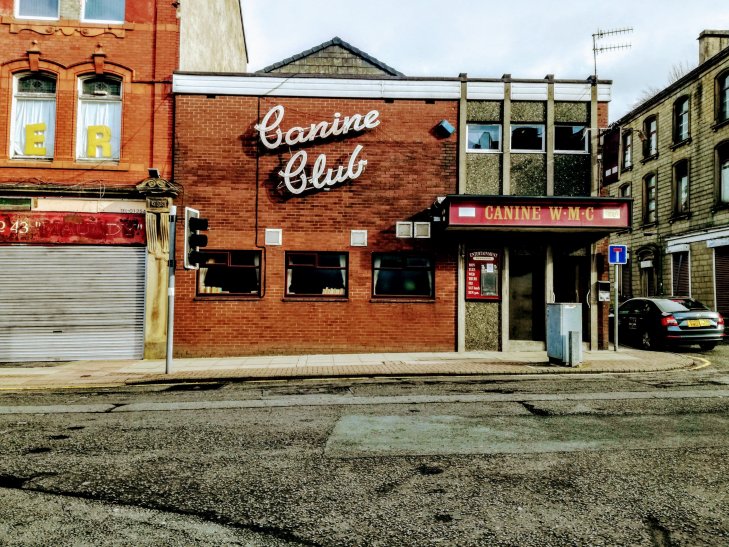 Inevitably, one must follow a morning in Blackburn with an afternoon in Accrington.

My best Accy anecdote comes from their Premiership winning season (one more than Liverpool – FACT) when Mrs RM and I were looking for a B & B the night before their match against Forest (I used to tick League grounds).

This was the days before internet, and probably beforeectricity in Blackburn, so we walked the terraced streets looking for a sign, like you look for “Zimmer Frei” in civilised countries. The one that looked clean enough from the outside was run by a lovely lady, charged £25, and offered H&C in all rooms.  Tim Sherwood (Blackburn’s midfield general) had stayed there, she said.

A minute later we were scuttling out of there, having seen a room that would have been condemned as unusable by Rigby in Rising Damp.  Goodness knows what Tim Sherwood lived in while at Norwich, but that was Norwich.

The Landlady chased us down the street, but only because Mrs RM had left her pashmina in the room, probably a capital offence in Blackburn.

Anyway, we found quite a modern small hotel in Accrington for £35 and quite liked an undemonstrative town of terraced streets and Thwaites pubs. Possibly this one…

A town most famous for a dead football club then got a decent live one AND a Wetherspoons, confirming its cultural renaissance.

On my first trip for six years it looked spick and span, if a bit quieter than is healthy, and I bought three lamb samosas (decent) in the indoor market to reflate the local economy.

You really need to visit Peel Park (the ground and the nearby pub) for the authentic Hyndburn experience, but a pint in the Canine Club will do.

You’ll find at the end of the High Steet, across the road from the Cat Befriending Café r whatever it is.

The Canine Club (oddly lacking in dogs) was open, and friendly, and served a cool foamy pint of OSB Headmaster (NBSS 3.5) along with Tets. It was less than £3 from memory, but you’ll have guessed that.

Apart from a jukebox playing Buddy’s “It don’t matter anymore” and the lack of a broken coffee machine, you could have been in Spoons.

Most of the chat concerned a “decent burial” that morning, which begged the question of what an indecent one looks like.

More good pubbing in Accy, the last line of defence against craft.