A local pub !  Yes, occasionally I’m confined to the village by the lovely Mrs RM and asked to do basic household chores that are beyond my ability.  When I’ve finished changing a lightbulb I get to go out.

Actually this is just a spoiler as Simon is about to post on the Five Miles From Anywhere that I took him to as part of my BRAPA taxi duties last month.

Having been confined to a pint of bumble bee flavoured fizzy soda back then, I was keen to sample the house beer myself.

So James and I picked the hottest Sunday of the year to give you these “Tales from the riverbank”  (The Jam reference for BeerMat there).

Pedants will be delighted to know it’s only 4.7 miles from our house along the Cam, but even with two aggressive walkers like us it still take 90 minutes due to overgrown footpaths just past the Swaffham Bulbeck ditch. 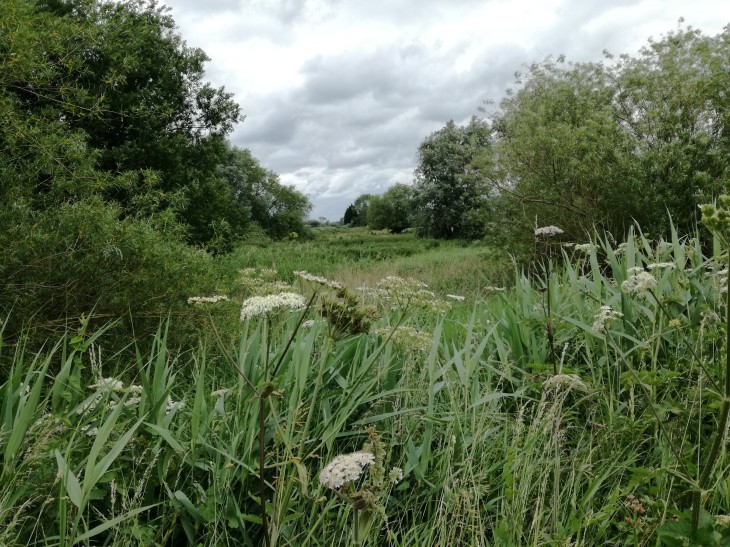 Highlights on the way are Bottisham lock, Cambridge polo clubs, and dragonflies.

Only joking, it’s as dull a Wednesday lunchtime in a Hungry Horse in Horsley, except you get stinging nettle burns and cut from thorns.

We arrived at 1pm to find a pub with bar, lounge, restaurant and conservatory all packed with Sunday lunch devotees. All between the ages of 50 and 69, just like in a micro pub. Fenland folk always go out for Sunday lunch, and since the Travellers Rest closed this is the go-to place. 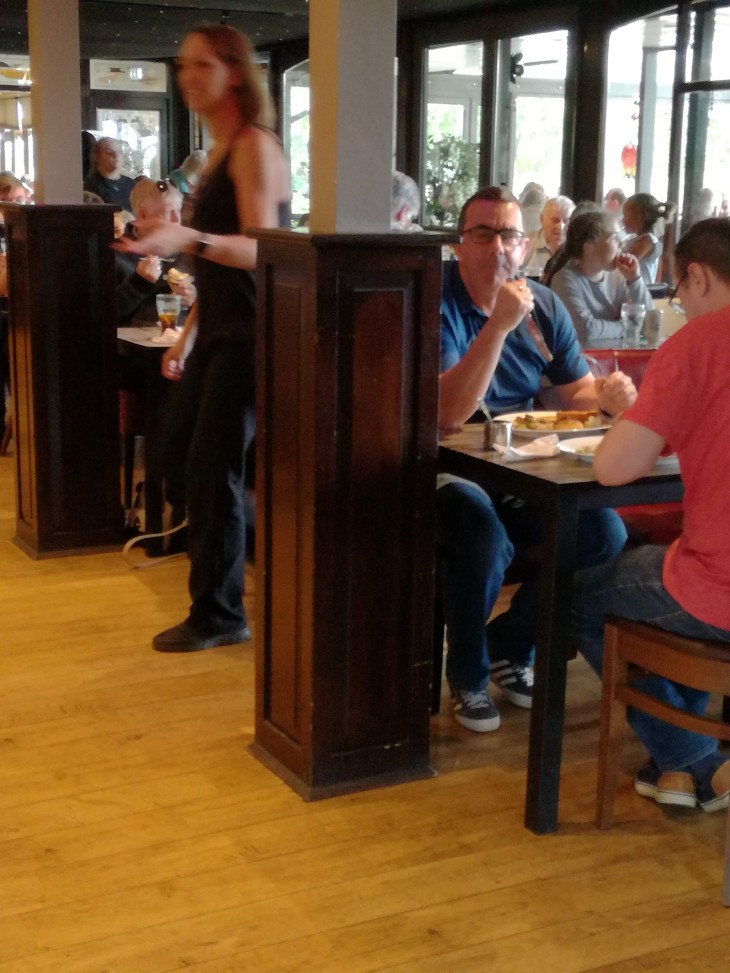 Luckily, no-one apart from us had thought to explore the “sports bar”, where a lone couple were enjoying the romantic delights of Costa Rica v Serbia over pints of Strongbow Fruits.

Sunday lunch was a huge plate of pork, beef and chicken plus pointless veg for £12, washed down by a Speckled Hen only nudged off a 3.5 by the disastrous glass.  We were in and out in 23 minutes, denying us the chance to see Kolarov’s winner.

As his girlfriend popped to the “powder room”, Bloke conspiratorially turned his head to give me a full analysis of the prospects of every team in Russia 18.  Germany, Portugal and Spain are the ones to watch, apparently.

For Americans, I reproduce below the history of the Five Miles.

On the way back (sounds like a Fiddlers Dram song) we crossed to the west side of the Cam, where the footpath was even more overgrown.  Some German and Spanish cyclists attempting to use an alleged cycle path had only just escaped the attention of the killer cows,

and were horrified to learn that the path to Ely would become gradually more impassable before they reached Dimmock’s Cote.

We chickened out at cow corner, and cut across to Joist Farm to avoid attack.  The 3 mile slog back along Long Drove will cure any thoughts you have about the beauty of the Fens.

24 thoughts on “A WALK TO THE FIVE MILES FROM ANYWHERE”