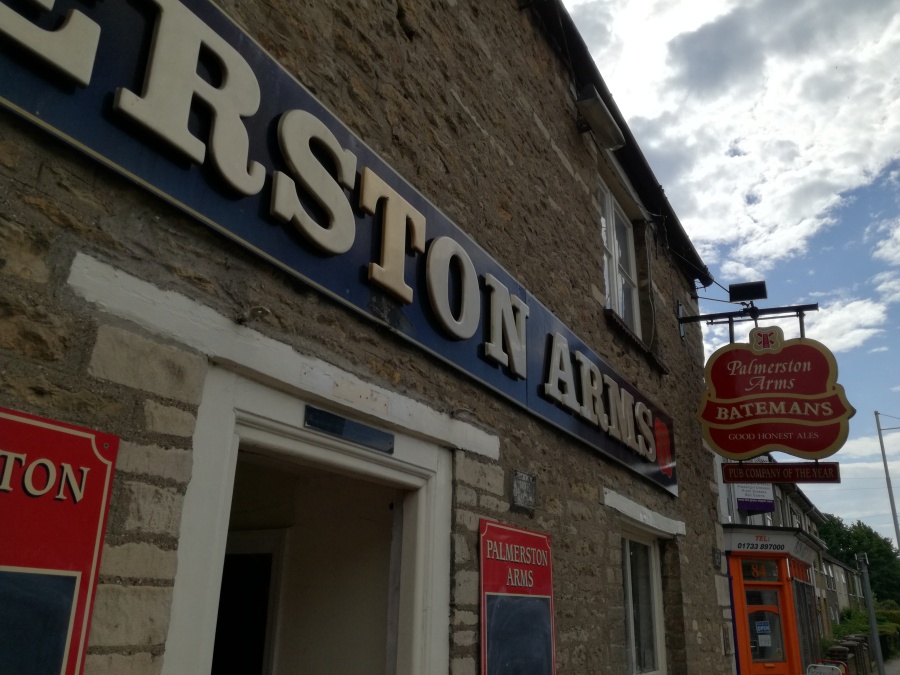 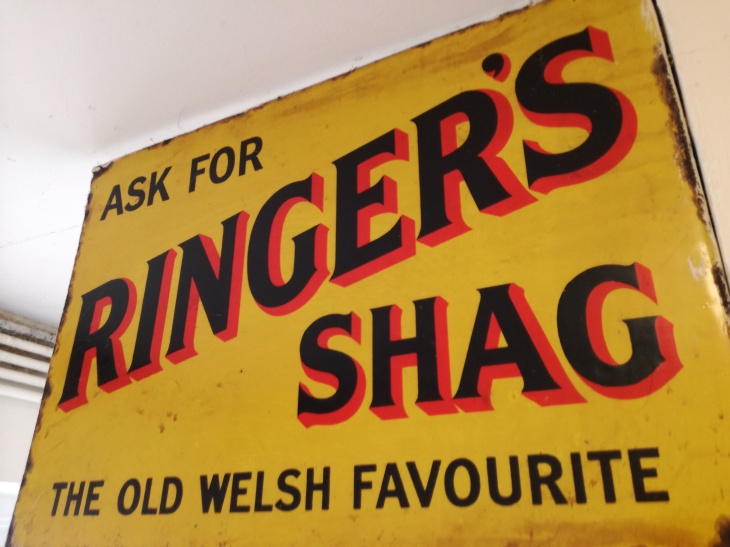 BRAPA and I agree on most things, but occasionally I find myself in awe of just how hardcore a #PubMan he is, as when we had a minor difference of opinion over the Queen’s Head.  Pubs that take themselves too seriously rarely score highly on the BRAP-ometer (£37.99 + P+P from Goole).

Simon has just  visited Peterborough on his latest trip and we await his characteristically solemn report with details of hop varieties and ABVs. Perhaps.

Pub 1378, Palmerston Arms , Peterborough . Everyone (all bald) take beer a bit seriously in here , friendly but a bit geeky. Good pub. Smells of arse but can handle that in the ‘Boro. pic.twitter.com/FZL6xMkdw7

That smell at the Palmerston was nothing to do with me, though I’d been in mere days before on an unexpected last trip to Posh railway station with Mrs RM.

Perhaps the most beery of ‘Boro’s pubs, and certainly Bateman’s best unless someone in Lincoln wants to argue with me.  There’s a touch of Cambridge’s Mill Road about it, but it’s more Live and Let Live than the Blue, being free of food (hurrah !).

I’m sure they’ve moved the bars around since I last went.

Yes, it’s a bit of a breweriana museum. 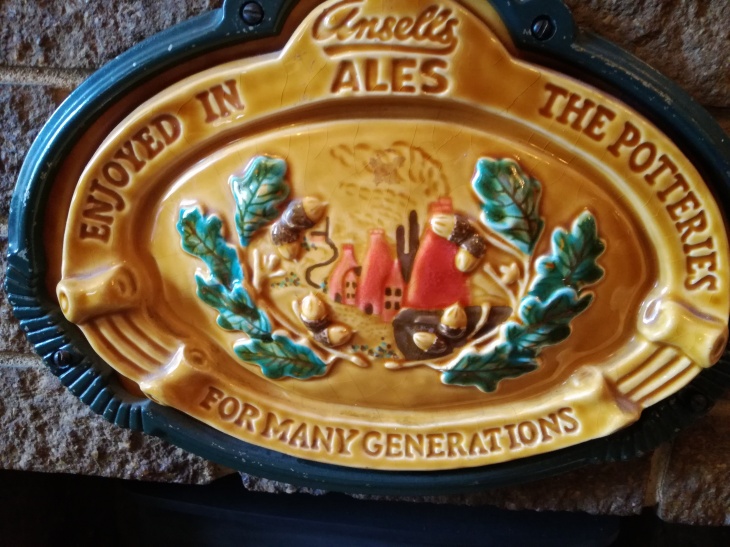 But there’s some high quality stuff.

And the book and CD library includes such classics as the Nigel Mansell autobiography, which I bet Simon nicked. 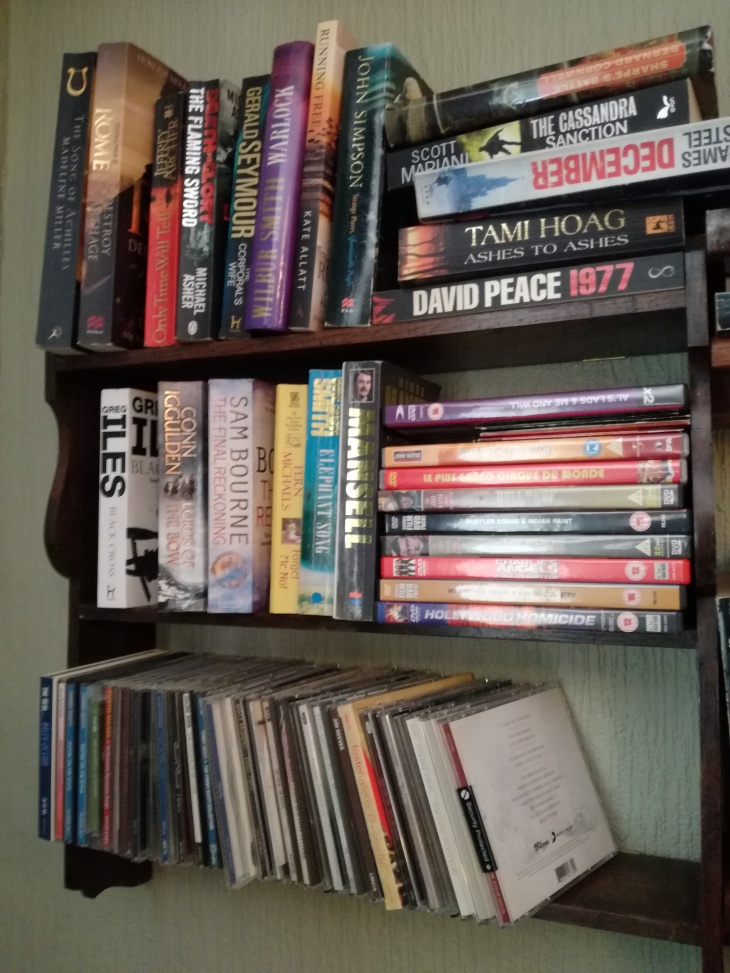 OK, the beer range is the sort of thing you’d have seen in a Tynemill pub a decade ago,

Yes, ten (10) beers, all from the barrel.  In a suburban pub on Monday afternoon.  Sounds like a recipe for soup, but the Brewsters Hophead was superbly cool and rich, another NBSS 4 in a month full of them. 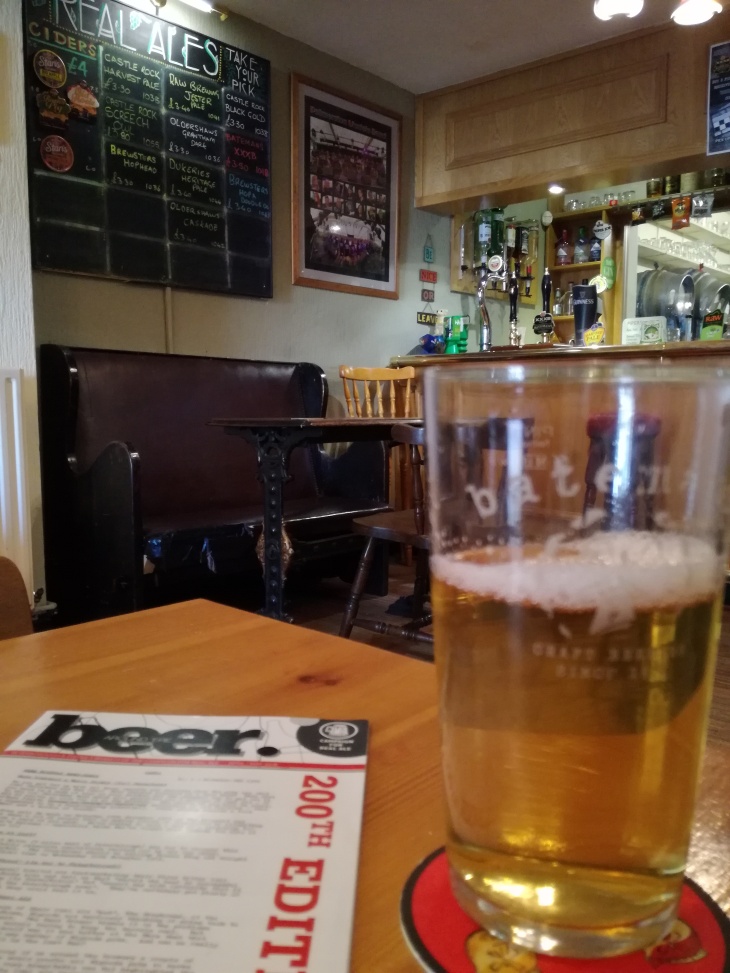 No beer bores; it’s hard to imagine tickers here. And more people in the smoking shelter than the bar; no surprise when it’s as welcoming as this. 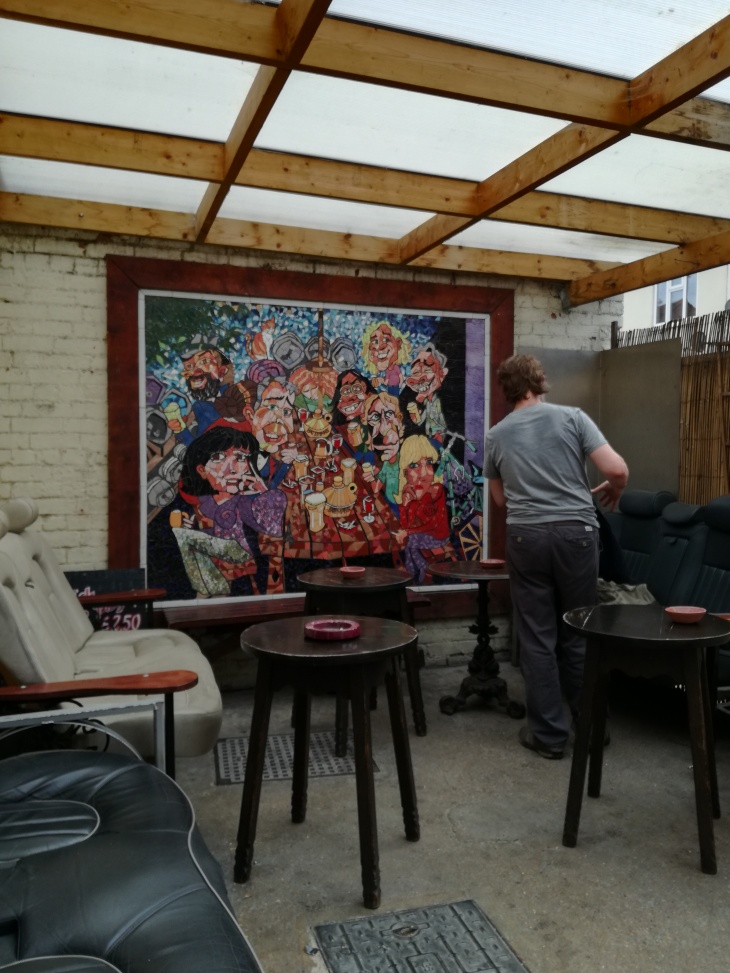 A decade or so ago the Palmerston Arms was so busy some evenings it restricted entry and had a year out of the Beer Guide (as with the Blue Bell in York).  Funny no-one stops micro pubs that restricts entry by almost never being open out of the Guide these days.

26 thoughts on “NO BEER BORES IN THE PALMERSTON ARMS”