I don’t do anniversaries (luckily, neither does Mrs RM), but 18 May will always be Ian Curtis Day, a reminder of my morbid 16th year on the planet when I developed an unhealthy interest in Manchester (“He’s from Cheshire !” screams Mudgie).

Rather like the Ramones, Ian and Joy Division are best known these days as a T-shirt design. 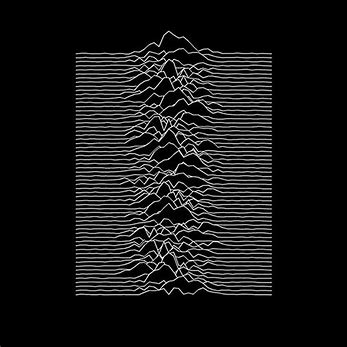 If Nevil Shute was still alive he’d be 118.45 now, but he’s not.  I had a bit of a Shute obsession in my 20s, reading On the Beach while on a career break down in South Australia in ’89.  It makes Unknown Pleasures seem cheery.

All irrelevant, except that our next pub is On the Beach.

If the Ty Coch Inn on Porthdinllaen beach sounds familiar, you either a) live there or b) remember the Pubmeister’s recent post from the coast.

Duncan’s gorgeous report persuaded us out this way this week, and this was a definite highlight, despite the National Trust having another £4 off us to park.

Accessible only via the golf course (the so-called “Pubmeister Path”) or the beach, it says in the Guide. Unless you’re the Wild Horse Brewery delivery I guess.  On the way along the pebbles we had a game of “Identify the fish”.

Amusingly, the sign at the foot of the steps to the beach says “closed at 3“, which would have been disappointing since it was 2.40pm and a 20 minute walk away, but a phone call confirmed that sign was just there to give pub tickers heart scares.

The setting is magical, but pubs in magical settings can often disappoint (see: Maidenhead Conservative Club).

Mrs RM remained rather sceptical as we clambered over rocks and through people’s front rooms.

I may need some Welsh translation from one of you at this point.

A few houses and a pub with a view out to a bay framed by mountains. Gorgeous.

In Suffolk, you’d be met at the door by a greeter at a pub like this.

Here, despite a brisk trade in sandwiches it was all about beer. Very local and some of it very strong.

Goodness knows how full it gets on a hot Saturday in July, but on a cooling Wednesday in May Mrs RM had to make a dash for the bar stools and make a pact with a couple that were just finishing their sandwiches.  She has her uses.

We were joined by a “mature” couple of ladies (“old codgers” said their children) whose astonishment at the size of their shared panini was the stuff of BRAPA legend.

Both the cask in hardened plastic and the scary keg in glass were much to Mrs RM’s taste. She insisted I take photos of “stuff”.

So effective was the Wild Horse IPA that I had some problem getting Mrs RM back across the beach as the tide came in.  But I’m writing this now, so you know how that ended.

A wonderful pub, and the outside loos of legend..