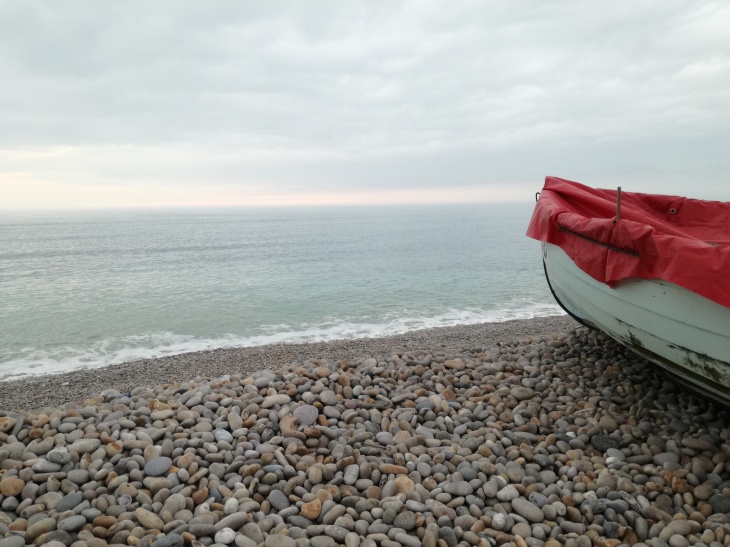 Before we set off for the Isle of Portland, we popped back to Spoons on Sunday morning for our Eggs Benedict.  There were only enough microwaved packets for one of those (draw your own conclusions) so I had to settle for the fry-up.  Spoons breakfasts really are on the slide.

Relishing the WiFi and unlimited flat whites, it was suddenly nearly noon. Which meant I did get a tick in the Westgate, after all. It had looked a lot better last night when it was shut.

Inside it’s the sort of opened up gastro place that at that precise moment in Islington would be filling up with beardies and toddlers fussing over Sunday lunch menus.

Here, it’s just a bloke in a mac and us sharing a quick OK half of Flowerpots.  I think they were probably right to take the wedding money.

So off we went down the M27/A31, waving at the ponies as we went, and cursing the slow caravans.

And parked up at Martleaves Farm overlooking scary sheep and Chesil beach.  In a campervan, you need to alternate days parked up on the roadside or pub carparks with sites that have somewhere with electrics and WiFi where you can do the blog.

At this stage I still had a bottle of Bass (apparently not from Burton) in the campervan fridge, but that’s being saved for emergencies.

The aerial view of Chesil Beach works best, I feel.

Before the walk to Portland, a fortifying half in the Wyke Smugglers, which is very “lively Weymouth local“. Though without the fights you get in the town centre.

The locals don’t look much like smugglers, unless smuggling your pashmina into a pub is considered a crime here (as it should be).

There’s a birthday party going on to the left, to which we’re not invited, leaving the public bar to some cheery locals. That’s how to do a private function; don’t upset the regulars.

An oddly satisfying interior, with darts and laughter and no TV or music.

Everyone is drinking Proper Job.  Except us.

Mrs RM thought both Jurassic and Black Tor were good, and they were (NBSS 3.5).

FACT: You know you’ve reached the coast when the Sooty collections boxes are replaced by Albert.

Then we set off along the bank into the mist. Goodness me it’s no fun walking on pebbles. 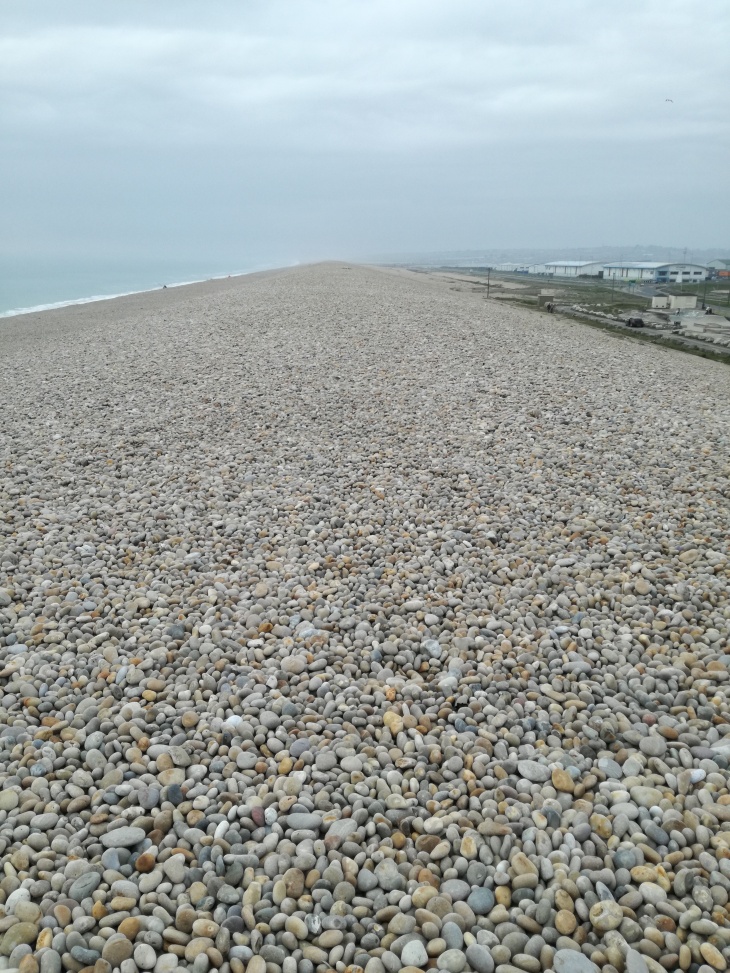