Some decent pubs, great street art, and scary hills in Bristol on our trip.  But it was the casual dining that’s really impressed. After those Lebanese tapas and Bus burritos, we had some very cheap Vietnamese grub in Tuk Tuck.

Getting lost in Leonard Lane on the way was a bonus.

Never make Mrs RM walk far on a full tummy. I suggested the Lime Kiln as Google Maps confidently told her it was only 5 minutes walk. Yeah, right. 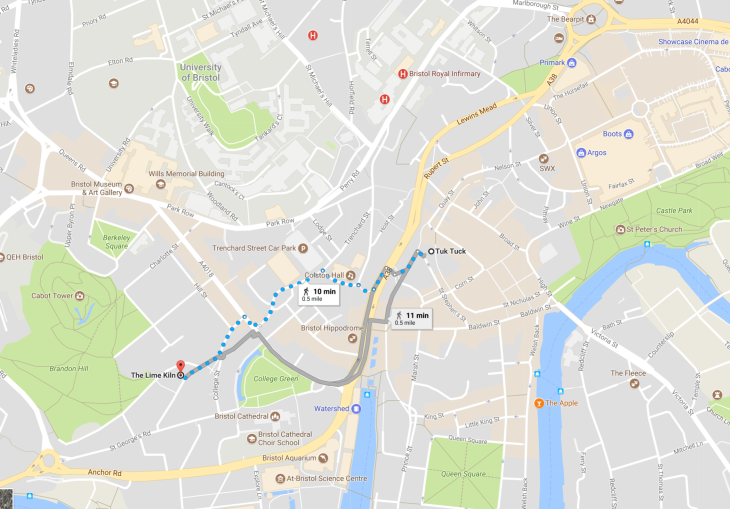 I instinctively felt I’d been in the Lime Kiln before.  Perhaps I have, under a previous incarnation. You’d hardly get it mixed up with the Gryphon. It was worth a revisit. 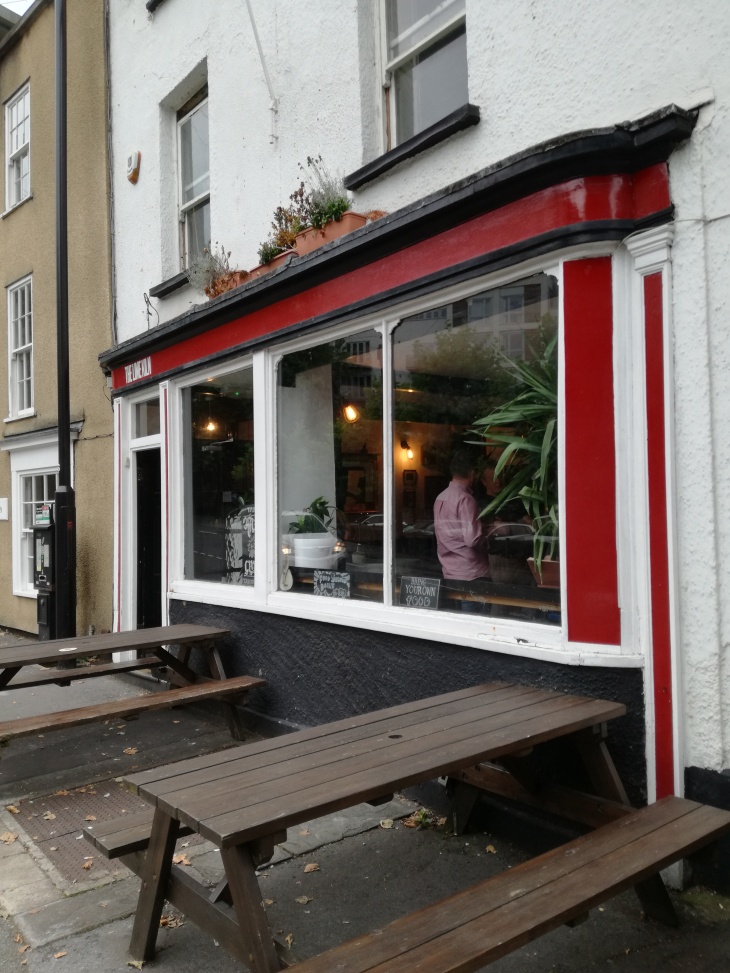 Like the Highbury Vaults, with a choice of 4 (or is it 5) pump clips for the Youngs Bitter. 20 years ago the Vaults was pretty much the premier ale house here, and a showpiece for Smiles. “What happened to Smiles ?” asked Mrs RM.  I growled back. 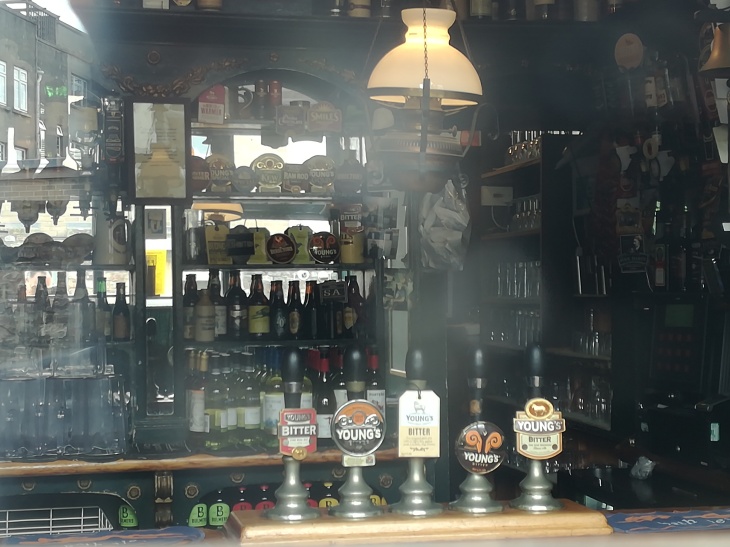 No Youngs in the Kiln, but a Brass Castle Tap Takeover wasn’t that big a disappointment. 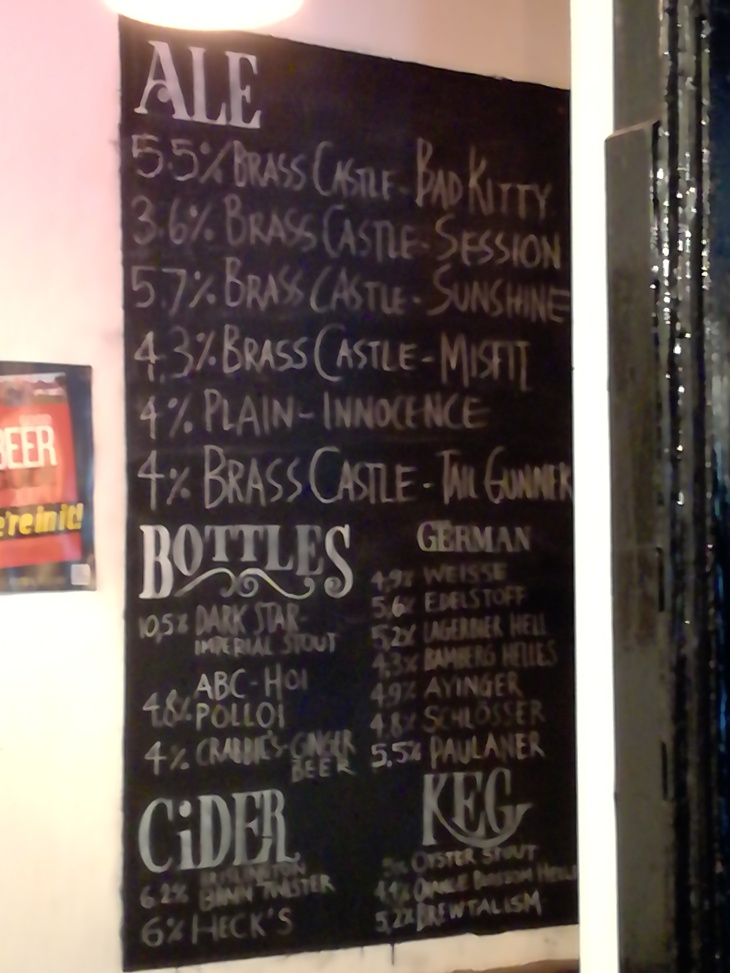 If I had to pick a beer that wasn’t Bass or plum Porter as my favourite, then Sunshine would be it.  I don’t remember a lot about the evil Manc Beer Fest this year, but Sunshine from the brewery bar was nectar.

As it was here (NBSS 4.5).  Not that I got much of Mrs RM’s pint.  The Simcoe was, perhaps, a rung below, but Bad Kitty took it up a notch again. All cellar cool , too.  Even some proper soft drinks for James, who hasn’t turned into a beer fiend since his 18th birthday, I’m pleased to say.

Some of the best beer I had in Bristol, a proper pubby atmosphere, and an unselfconsciously enjoyable soundtrack of ’70s Yes and Zager & Evans that Mudge and Matthew L would have enjoyed.  As far from the year 2525 as it’s possible to be.

And another legitimate classic Pub Cat, something else Bristol does better than most.

Best of all, we were acknowledged when we came in, and when we left.  And not just by Sooty.

3 thoughts on “CLASSIC BRISTOL PUB CATS IN THE LIME KILN”