I never forget how lucky I am to be able to go round the country, finding pubs closed, motorways jammed and Starbucks running out of Pike Place (or worse, replaced with Christmas Blend).

Richard Coldwell was quizzing Simon and I last week about the downside of GBG ticking; how’d we feel about having to visit micro pubs, industrial estates, social clubs and Ember Inns as well as “proper” pubs.

And so it was, at 8pm the night before Halloween*, Charles and I found ourselves walking in the dark towards a Stourbridge industrial estate, home to Badelynge (the latin for Bad Lye Nearby, I think).  The Green Duck tap, apparently.

And to be fair, Gainsborough trading estate would have looked OK if the vaping shop had been open. Another humorous pun for Charles’s expanding list.

Our mental image was of a brewery tap packed with middle-aged CAMRA folk**, taking full advantage of the “4 pints for £10” deal.

Instead we found an infant school disco.  Yes, a children’s “Halloween party” in full swing.

So, no stilted conversations with locals about beer then.  Thank goodness.  Just noise. And green lights, and severely restricted photographic opportunity.  I think it’s fair to say it’s lucky this is the night I was here, rather than BRAPA. 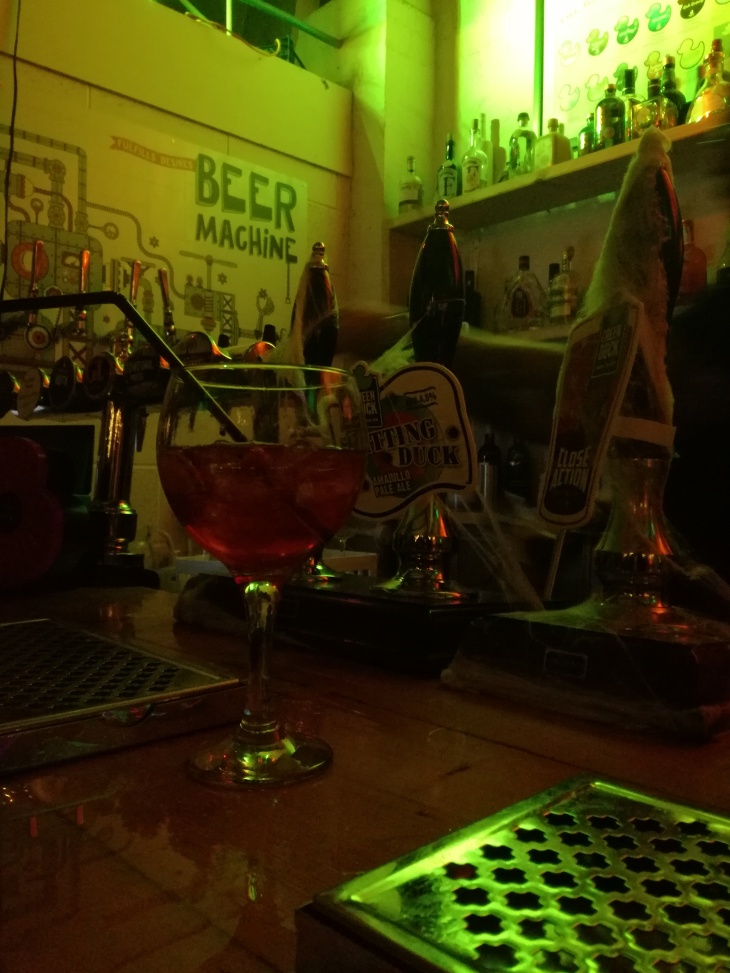 But I like to see children in pubs, of any sort. They were having a great time, the brewery tap was selling its beer, and life was breathed into a residential suburb. On Fridays and Saturdays at least.

We perched on the end of a long trestle table and compared a couple of halves of home-brew. One stout was two sweet, one IPA was superb, both were £2.80 a pint. 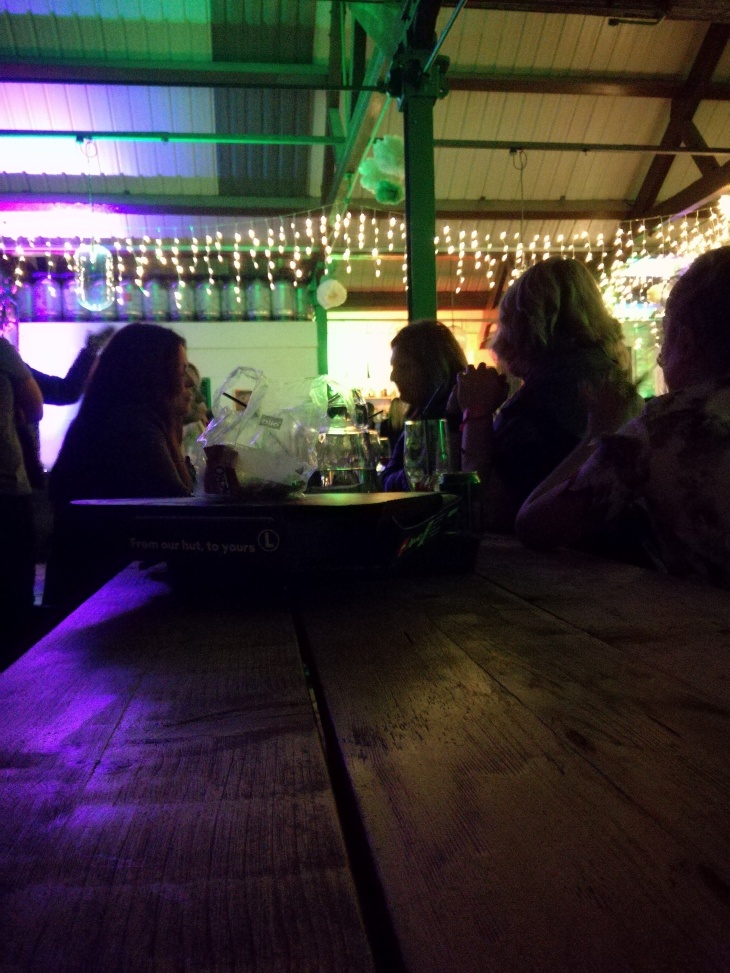 Top stuff, and clearly a no-nonsense approach to people who don’t wash their hands in the Gents.

Curry, as before, at cheap and cheery Tropical Spice, picturesquely situated above Poundbazaar. 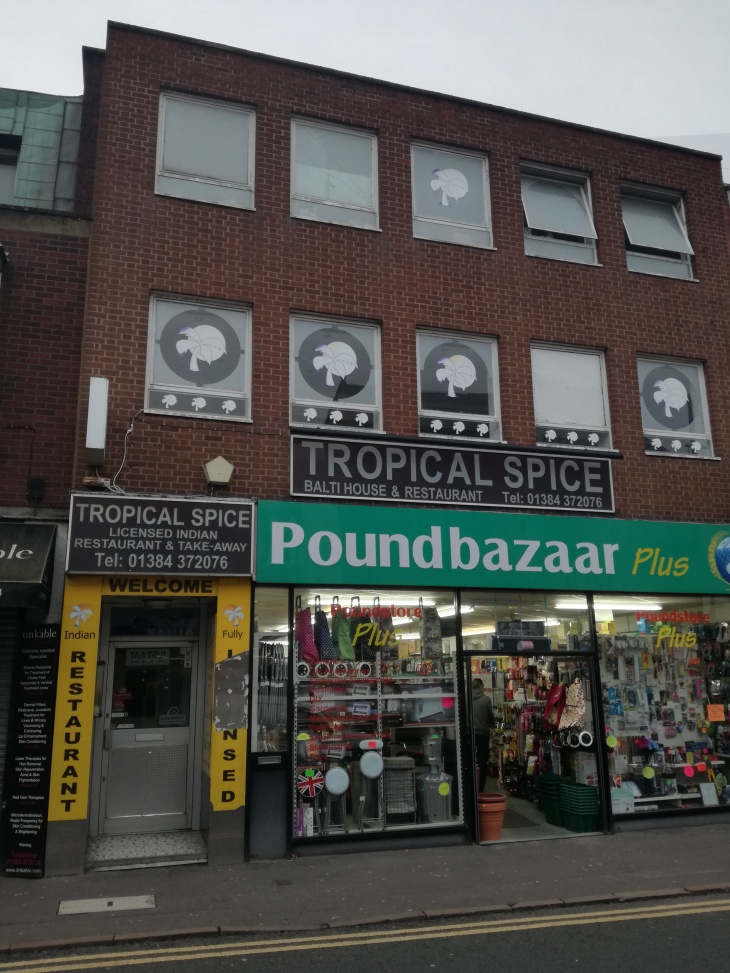 A top night in the ‘Bridge, even without a Bathams pub.

No pictures of our curry, but here’s one of Dylan from the entrance to the Old Crispin.

*Yes, I’m that far behind on the blog, even doing two posts a day.

**No offence, Stourbridge & Halesowen CAMRA, that’s me as well.