Having told you last week what a wonderful publication the new Beer Guide is, I have to report some more very average (at best) beer in recent new GBG entries.

Which is disappointing, but at least it gives me the chance today to use a post title I’ve had in mind for years. 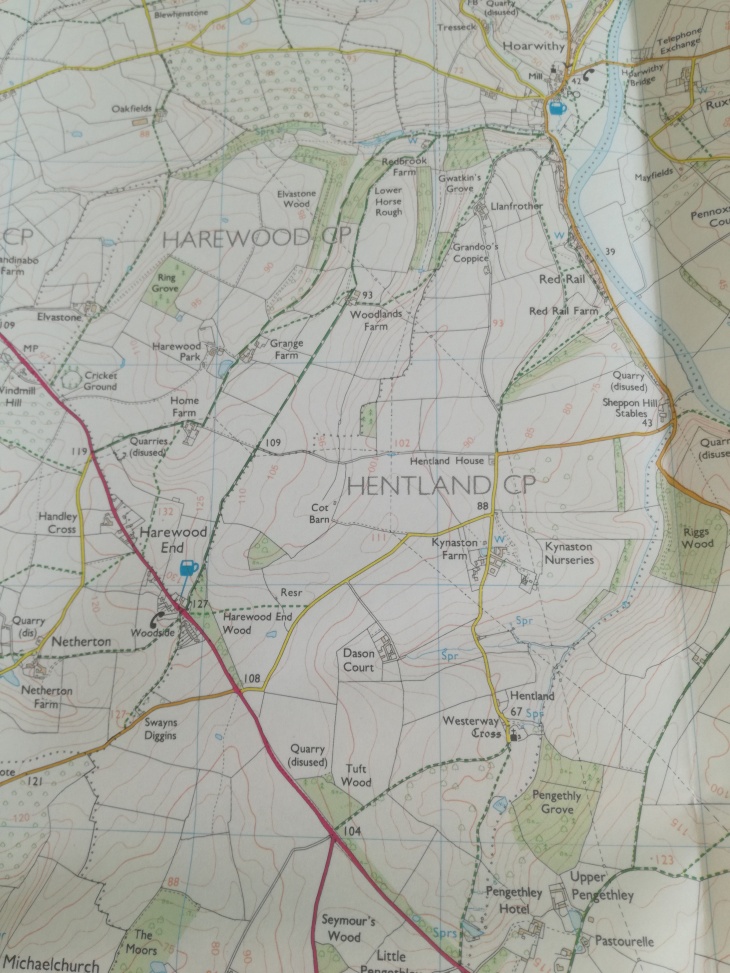 Ross-on-Wye doesn’t get much of a look in in the Guide these days; nothing in town again this year, and the average the Spoons the most frequent entry.

In 2003 Mrs RM drove me round the Gloucester/Hereford border and I collected a dozen GBG ticks on a memorable Spring Saturday (Mrs RM doesn’t let me forget it). But I also did a few pubs that weren’t in the Guide (I can hear Duncan saying “Amateur” now), managing five pubs in the hour that Mrs RM was trying on shoes. If there are any men who’ve taken more than 5 minutes to choose shoes, own up now.

The Harewood End Inn is on the A49 five miles north-west of Ross.  It’s not the best stretch of Herefordshire, one of my favoured counties.

The fields were too soggy to walk in my hour before opening time.

But I did get to see the gallows where Welshmen were allegedly hung for trying to sneak craft beer into the Marches in the 17th Century. 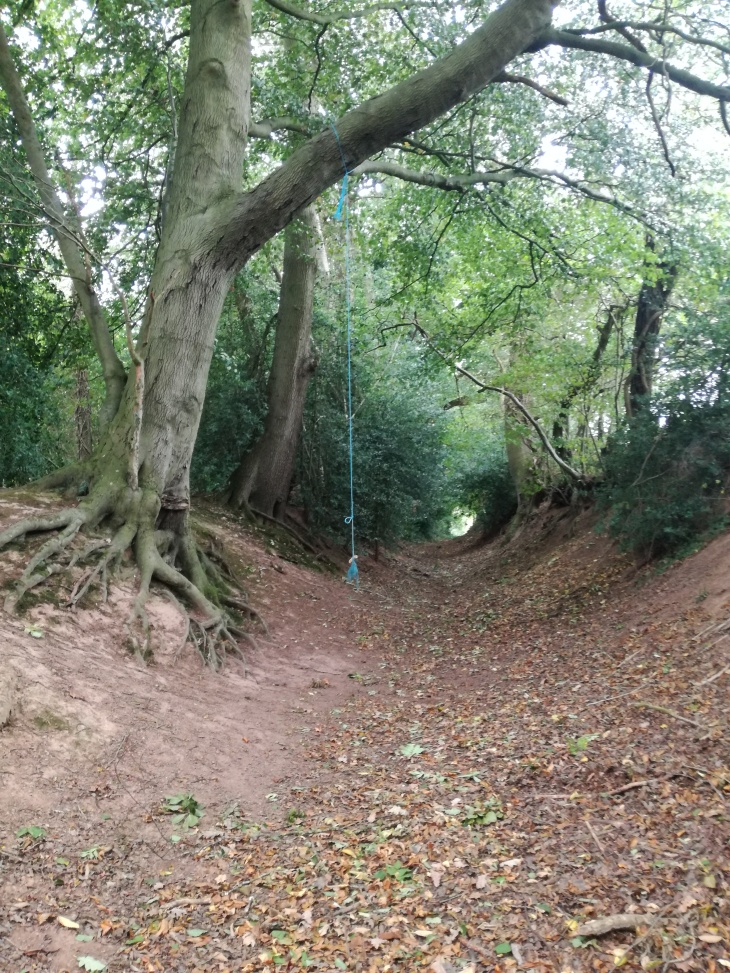 The Harewood is a plain looking pub, a typical roadside diner.

With that comforting plaque on the outside wall (no, not Cask Marque).

Inside it’s more quirky, with a fair bit of memorabilia that might lead you to think “pub“.

And a large group of pensioners, who’d somehow beat me into the pub at 12.01 and were eyeing up the OAP special deals.

No-one at the bar, except a row of empty chairs which made getting to see the pumps even more difficult than in the Volley. Shades of this Cheshire classic.

“Can I help you” said the man.  Obviously you’re supposed to sit down in the lounge and wait to be served, not stand at the bar. Only laptops are allowed at the bar.

The local beer had gone, so it was Tribute.  You’d expect Wye Valley as the “well known beer for Old Boys“, but Tribute should be fine.

Anyway, it was near vinegar (NBSS 1).  I don’t normally bother taking a half back, but I thought I’d better let the Landlord know his beer needed changing, with the Beer Guide launch about to bring a flood of tickers.

He’d gone into the kitchen, I guess. I waited five minutes, but he never turned up. I left him a present.

There’s no way that beer was tasted this morning. Does anyone do that anymore ?