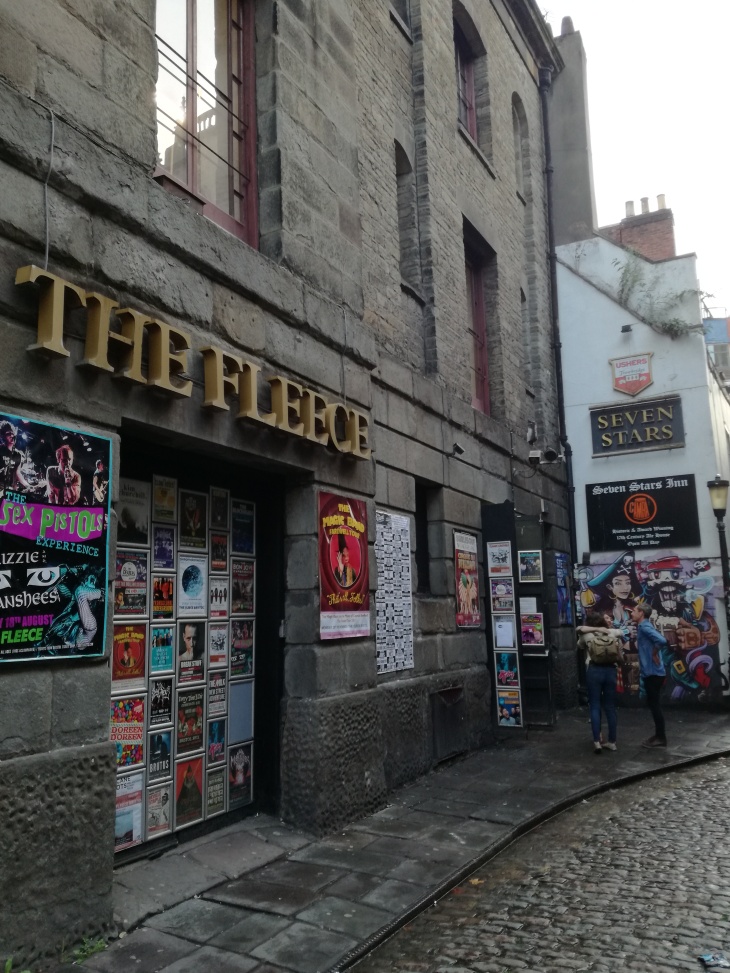 I need to admit to a lack of chronology here.  I actually popped back to Bristol a week after that Cambridge drubbing at Rovers, but it makes sense to tack this report on to the end of the Brizzle run.

Not quite sure why I chose Bristol to see US pop funsters (I jest) Lambchop on a rare UK tour. A combination of a few Gwent ticks and a chance to remedy the omission of a classic Bristol boozer the week before.  a pub that’s right next door to the Fleece, one of the UK’s best small venues.

The Seven Stars is a classic boozer, tucked away down a cobbled streets between the station and the BrewDog, my two points of reference. 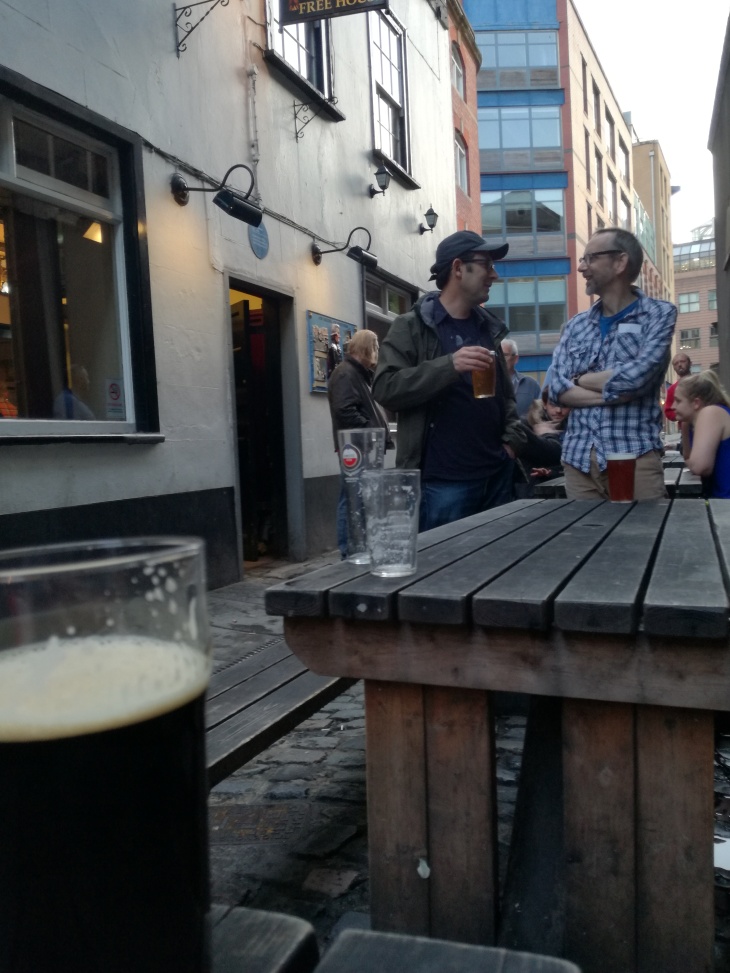 It must be a decade since this emerged as one of the new wave of Bristol free houses, and I’ve never seen it less than packed on my annual Bristol GBG mop-up visit, and beer quality is resolutely in the NBSS 3.5 to 4 range. Nightly custom from the Fleece must help cask turnover. 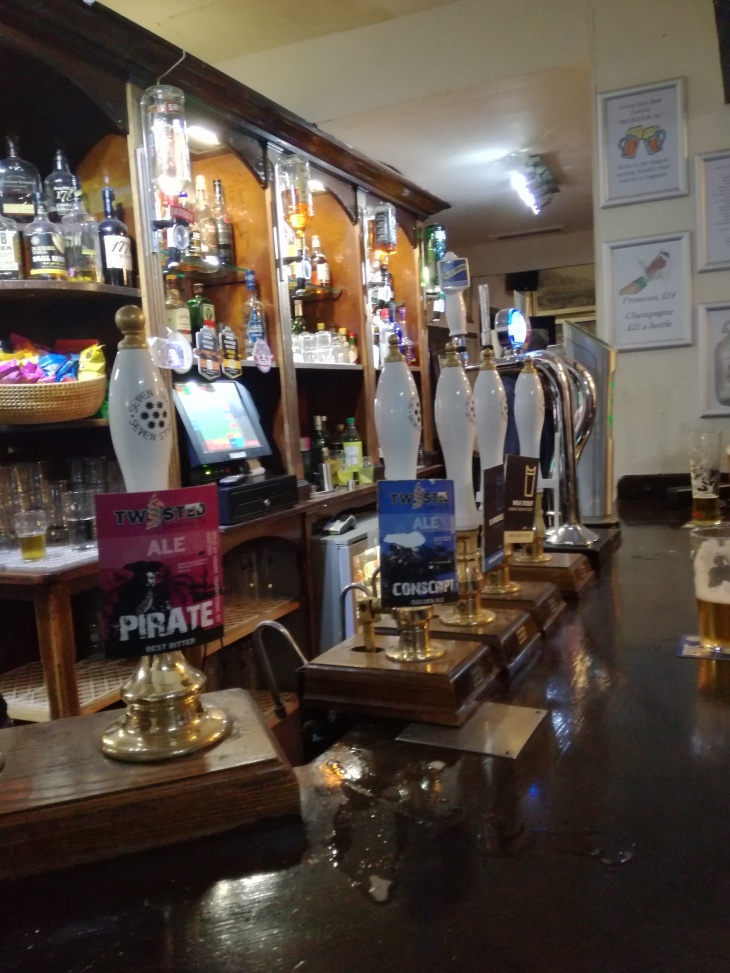 I’d caught the train from Newport (of which more later) and had ten minutes for a pint before the support act.  As is the modern way, 8 pumps with beers I’d barely heard of, so I picked the Electric Bear, whose beers seem to wobble between “ugh” and “wow” depending on cellarmanship.

Their milk stout was a tad warm for my tastes, which oddly meant it slipped down in well under those ten minutes, meaning I caught a stunning set from Roxanne de Bastion,.Whose fine LP I then had to awkwardly carry round for the rest of the night.

The Fleece has clearly diched the cask Bath Gem for the keg, and is happily leaving those silly handpumps to next door.

I really shouldn’t have had any more beer, but I wanted to give the 7 Stars a chance to make up for an average pint first time out. The lady in front confidently chose the Bristol Beer Factory 12 Apostles, and I always follow the steer of a confident person.

“Are you a CAMRA member.  You get a discount” said the nice lady.  It must have been the Oliver Reed T-shirt.

This was marvellous, a good few degrees cooler than the stout and I savoured it in the twilight, almost missing the start of Lambchop.

The slimmed down band sounded wonderful with the old warehouse acoustics and performing to a reverential audience of middle-aged blokes.  No-one else sound like Kurt and the boys.  Last time I saw them was at the Barbican, and this sounded better than that. All the hits (well the last LP) and the usual humour. 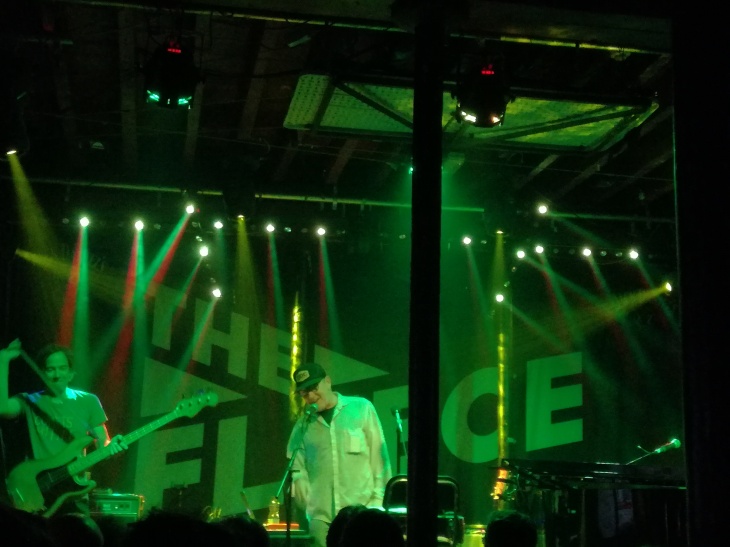 If Simon has Bristol on his radar, he should mark 25 November in his diary. 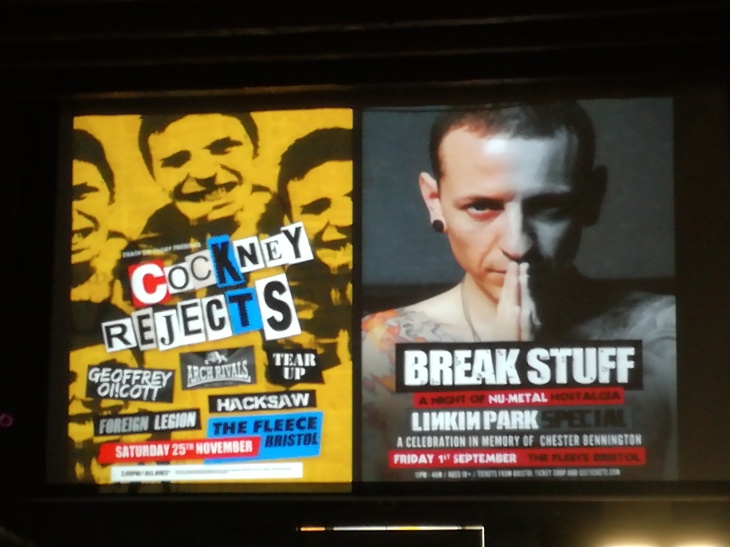 2 thoughts on “SEVEN STARS FOR LAMBCHOP @ THE FLEECE”