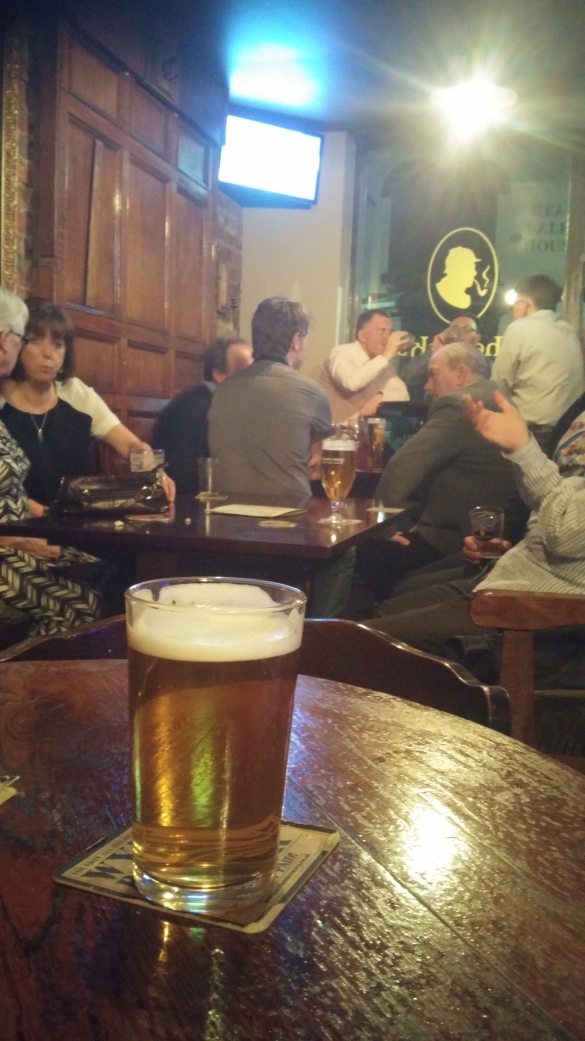 After the humiliation of being out-pubbed by BRAPA last month, March saw 43 new Beer Guide pubs in 16 different counties, finishing off East Yorkshire and Greater Manchester, and getting close to clearing Somerset.

No trip to Stockport in March, clearly an oversight. The Offerton Stagger in May looks unmissable; as you will know I love posh Manchester.

Beer quality was noticeably better than average in March, even in London (South-East anyway), my trip down to Paignton being an Otter-based highlight.

New Pub of the Month

For the first time, a micropub.  One Inn The Wood had a great combination of comfort, chat and Cloudwater that made the best case yet for the micro concept.

A few miles away, Dartford Working Mens Club was another non-traditional place offering those same qualities in a town that impressed me very much.

Two beers stood out Bathams (again) in the Dog & Doublet in Wolverhampton was the best I’d had outside its managed houses, and the Newby Wyke Yamato in the Cambridge Blue was the best 6% beer since Wobbly Bob.

Discovery of the Month

Torbay coastal path was much more rugged than I expected, and the banana cake in the visitor’s café was worth much more than the five mile uphill walk to get there.

Re-Discovery of the Month

Doncaster was looking fantastic, particularly round the cultural quarter (am not making this up), but Middlesbrough’s developments around Baker Street are even more unlikely.  The fact they’re based around small pubs with great beer is the icing on the cake.

The top photo is from one of the Beer Guide’s best pub gardens, close to one of its greatest pubs, which I finally revisited this week.  Any guesses what that classic is ?

Wisdom of the month

In April I have trips to Market Drayton (Joules), Burnley, Anchor, Wolverhampton and the Isle of Wight. Chinese takeaway tips especially welcome for IoW.

In West Bromwich tonight for my “Curry with Auditors” social experiment; report tomorrow.