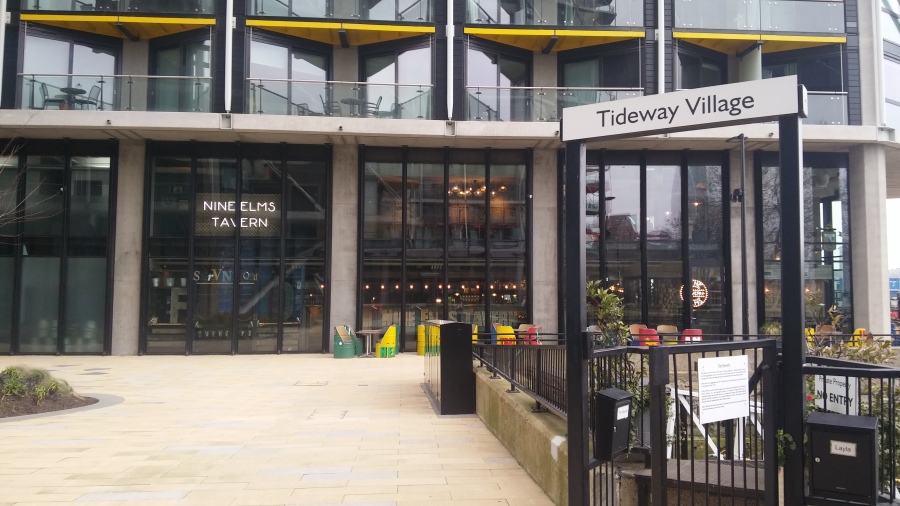 I was looking forward to a day at Ikea in Milton Keynes with Mrs RM yesterday, but she denied me that pleasure.  Given that 8.2% of trips to Ikea in 2015 ended in divorce, perhaps she was well-intentioned.

Needing a long walk (and hiking round Ikea would have achieved that) I took an early train to London Kings Cross and walked to Fulham and back. I enjoy reading about Jeff Bell’s walks in lesser-known London, and following his steer set off towards Lambeth and Battersea with a vague idea of walking the Thames to Putney Bridge.

First things first.  Casa Tua near Regent Square had just opened, and its attempt at a smiley macchiato at bargain price was appreciated.

Less of a bargain was the £9 entry to the Dickens museum, which will have to wait. A Tale of Two Cities is free on Kindle.  This part of Bloomsbury is full of free art.

Whatever my view of the quality of London beer and pubs, the buildings themselves are unquestionably wonderful, and a fair number of unknown names arrested my march through Holborn toward Waterloo Bridge.  The thought of a pint of OBB at the Cittie or York appealed, before I remembered it was 10am.

I’ll spare you the tourist shots, but the views both ways from Waterloo Bridge are some of the best in the world.  The public art along the South Bank is almost as good, though doesn’t justify the £5 a pint for Four Pure in the Lambeth hut.

The next 3 miles down to Battersea Park were new ground for me, and devoid of visitors bar the constant stream of joggers. A succession of modern looking Youngs pub, particularly the Nine Elms blended in with the modern development if not their river setting.  No openings before noon here either.

Passing the sad looking power station, I then got lost in Battersea Park before making it across to Sambrooks and Wandsworth Bridge.

Fulham has always been a good football trip, but Bishops Park apart it’s not as attractive an area as it seems on midweek nights. The Guide newbie Durell Arms is typical of SW6, which really ought to be renamed Perroni-ville. 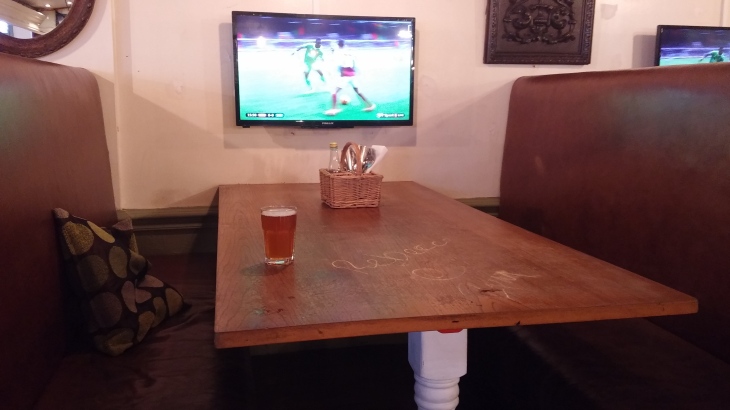 Individual TVs in booths, reservations chalked on table for fixtures starting hours later, poor beer (Twickenham, NBSS 2), £4+ a pint.  I really should have gone to the White Horse, mixed recent reports of that notwithstanding, but I had better things planned.

There were attractive windows and pompous menus on the walk to The Champion in Bayswater, a much better new entry, even if equally overtaken by the rugby fever Manchester seems to avoid.

Can’t remember what I had, but pale and lovely (NBSS 3).  The walk back via Hyde Park seemed to take forever. 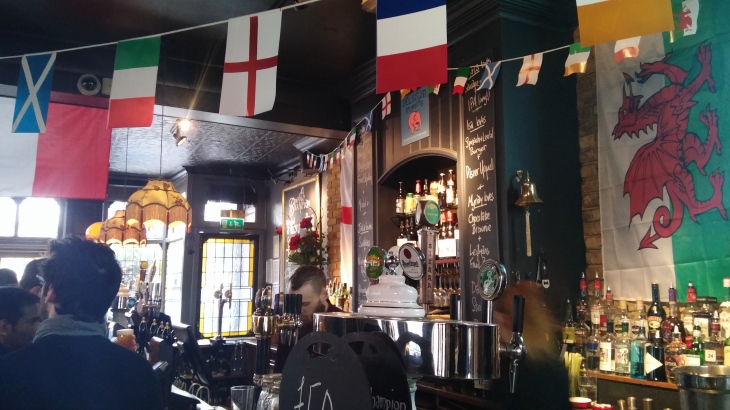 £16.60 Super Off-Peak and £6.10 saved by skipping the Travelcard by walking, but I may not be so keen on that idea when it comes to the pubs around Kingston and Hampton I need to complete London’s GBG entries.