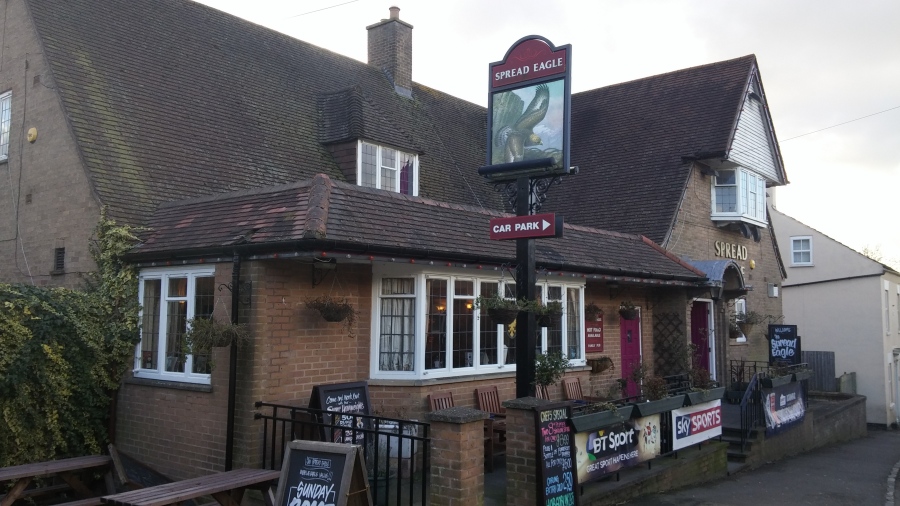 Pub Curmudgeon wrote a good piece about the need for quality and consistency in Beer Guide pubs here . I reckon 90%+ of pubs I visit are Beer Guide standard, which says a lot about the excellent job that CAMRA branches do.  A fair number of pubs with duff pints seem to slip quietly out of the next edition too.

New entries to the Good Beer Guide have seemed to take one of several forms;

Corby fits into that last category.  I wrote, surprisingly positively, about “Little Scotland”  in August. The two Wetherspoons have provided decent beer in a town that drinks more Tennents than anything else.

September brought no Beer Guide entry to Corby, and a paucity of pubs elsewhere in East Northamptonshire. Kettering has just a couple, including the famous Alexandra Arms, and there’s a couple of good village pubs as you head out towards Fotheringay, always worth a visit. It’s not a metropolis but there’s nearly 200,000 folk here.

The area west of Corby is sparsely populated, and rarely visited either, unless Rockingham Castle holds a medieval fayre.  It’s ideal walking country though.

There used to a popular beer festival on old buses between pubs in the Welland Valley, stretching between Weston in Leicestershire and Rutland’s  Lyddington, which I visited in December. Bus availability and pub closure did for that in 2013.

So we’re left with the Spread Eagle in Cottingham, a six mile round trip from central Corby, and worth every step.  I popped in here before Christmas and found it without any real ale at all three months into its GBG debut.

Always willing to give a pub a second chance, and with three hours to kill while my son visited Adrenaline Alley skatepark, I set off under unsettled skies.

Ten minutes walk from year-round haggis at the Samuel Lloyd and you’re in a different world. Rockingham village is a long quiet hilly A-Road keeping quite a lot of Corby in work with thatch repairs. Overtaking the horses I arrive an hour later in Cottingham.

The 2pm crowd stretches to five folk including the one bloke sampling a half of Pedigree (NBSS 2.5), a difficult choice for me with Doom Bar the alternative.  Some contributions to the Pub Curmudgeon debate argue that adding six of Northamptonshire microbrews* to the bar is the way forward; I doubt that very much.  A better quality feed from the Europeans sports channel would be a start.

A perfectly decent village pub serving the sort of beers people drink, but not at sufficient quality to make me leave the warmth of the Wetherspoons again.

*This part of the world may be short of great pubs, but there’s no shortage of microbreweries; nine of them in East Northants according to the GBG.  So that’s all right then.

3 thoughts on “MARGINAL GAINS IN CORBY”