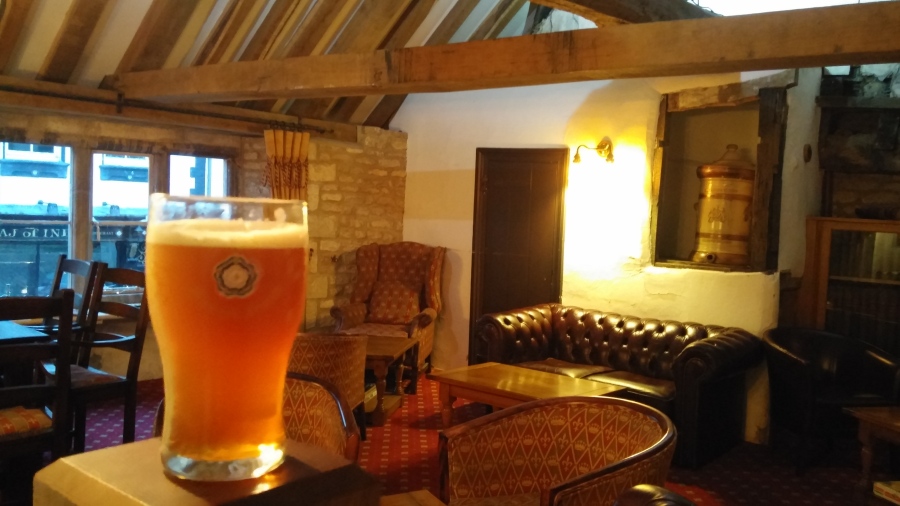 My sympathy is with all those affected by the recent and ongoing floods.

The main new item on European news stations while I was abroad over Christmas was the impact on York, and neighbouring Tadcaster, with its iconic Sam Smiths brewery,  seems to have been particularly affected.

There have been reports about stocks of Old Brewery Bitter running out.  Thankfully, their Stamford pub in the buildings of the old Melbourn Brewery still has stocks, and there are other reasons to visit this beautiful pub, though I confess I’d never managed to before yesterday. 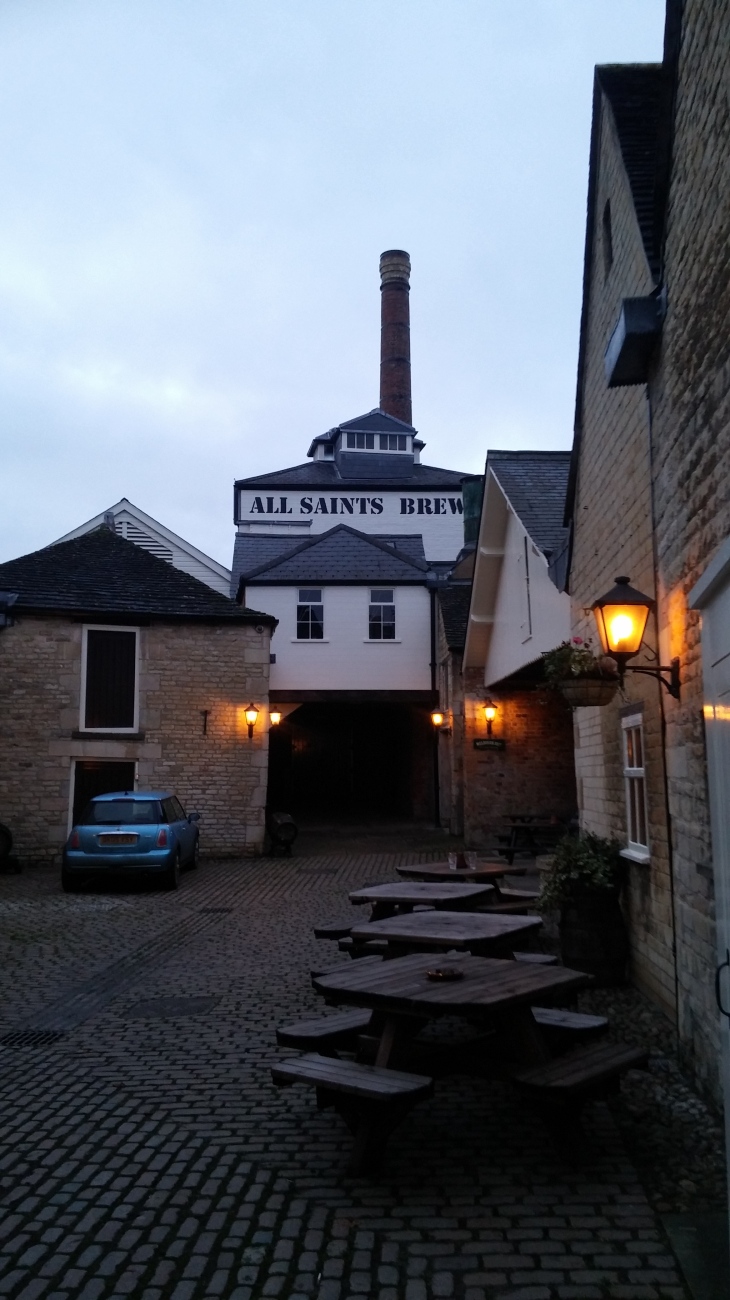 My sister had brought me back some of those expensive, but well-crafted bottled fruit beers produced there at Sam’s All Saints Brewery, so this was quite an oversight on my part.

This is a wonderful and recent (2008) conversion of the old storage areas, rivalling the Tobie Norris in the town.  It’s unlikely to get in the Beer Guide, with just OBB on, and some established competition for the town’s handful of GBG entries.

A decent if chilled half of OBB (NBSS 3) was 94p, which is much cheaper than you’d expect in an increasingly upmarket town, even in Lincolnshire.  I’d rather have enjoyed it in one of their boisterous Blackpool houses (Bispham or Cleveleys) though; late afternoon there were a few customers in the bar, but the other three rooms were empty.

Sam has resisted the temptation to fill the rooms with clutter, bar a few bottles on the windowsill.  It’s an enjoyable warren of rooms on different levels, with the bonus of some great views of Stamford at dusk.  I’ve been put off eating in Sam’s pubs since they cut back the menu a few beers back, but might come well and eat here relatively cheaply.

Sam Smiths have one of the most photogenic pub estates in the country, and Stamford is one of the UK’s most attractive towns, even with some recent modernisation (no, not McDonalds).

The view across from the A1 to the string of churches is one of my favourites, and you could lose a good hour just peeping through the windows of the pubs, never mind going in them.

Stamford really deserves another overnight visit. It has lost quite a few of it’s pubs that made it essential in the ’90s, but gained a few new ones as well. No sign of a craft bar here yet.