Only one Essex pub to go in the 2016 Beer Guide, and Colchester is always worth a visit, though few potential tourists seem to agree.

A bit like Essex in general, Colchester suffers a bit from being not quite as good as other historic towns like Chester or Lincoln.  The coast to the south and east is also attractive, but Harwich and Clacton will sadly always be overlooked for Southwold and Hunstanton.

On my annual visit to the town, nothing has changed, leaving it an architecturally interesting place with, to my eyes, a great modern building housing the new Arts facility “firstsite”. 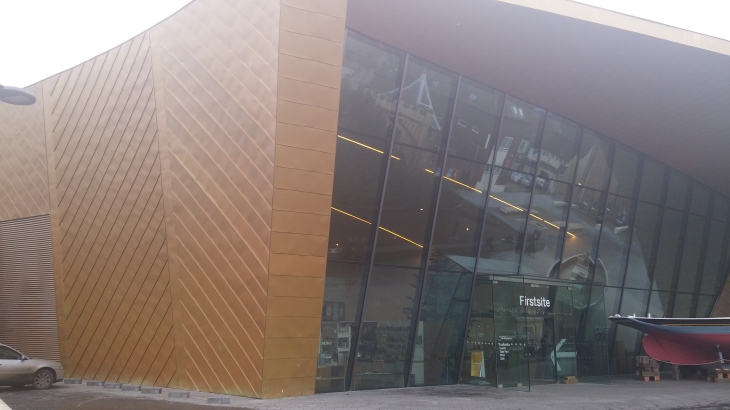 Being hypercritical, the Dutch quarter looks a bit unloved at the moment, and the famed Stockwell Arms is clearly no longer a pub.

I wouldn’t normally consider the replacement of decrepit but loveable old Layer Road with a new out-of-ground stadium an improvement, but you can at least get real ale there, and it’s Nethergate.

Despite the significant amount of Roman history dotted (often hidden)about town, and the medieval Castle, it’s the Victorian legacy that dominates the centre, and gives its name to the best pub.

Essex has probably the most consistent pub and beer scene in the country.  People here demand high quality food and drink, and don’t seem to like good things being mucked around with either.  The old village pubs are pleasantly unmodernised, the modern bars (mainly in Chelmsford) are unpretentious.  There just aren’t many “classic” pubs,  but there’s plenty of good beer.

My last Essex pub is a Spoons, the Playhouse, and it’s high quality throughout.  I don’t recall many Essex Spoons in the Beer Guide over the years, outside of the smaller Southern and New towns, and the Playhouse has to compete with some very good free houses and Adnams pubs for its place. The absence from the Guide of, for example, the Fat Cat and the Hospital Arms, is noticeable. 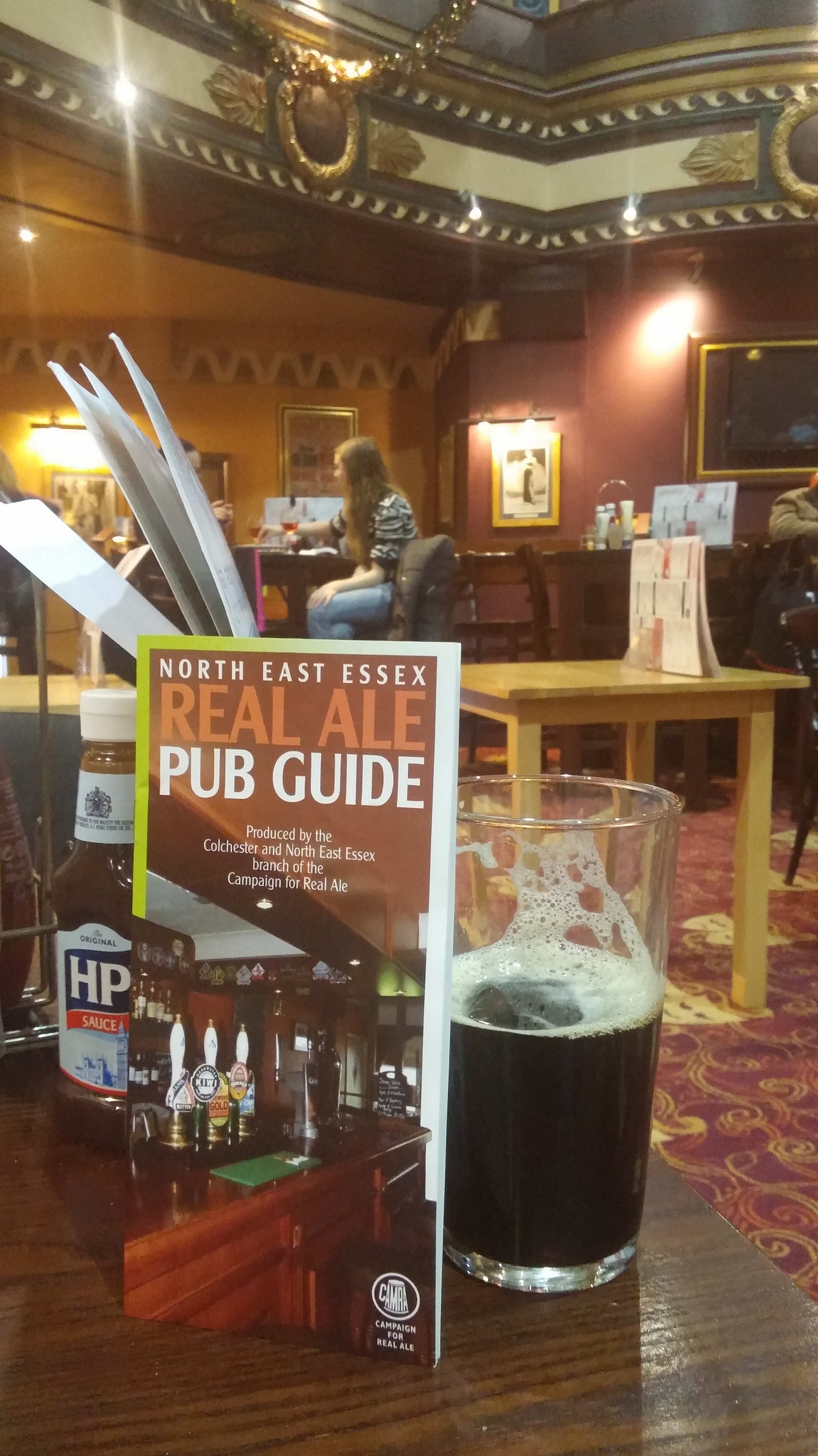 The beer range extends to at least a dozen, which is pushing Crosse Keys or Babington Arms for choice.  This isn’t always a good thing, but the Hopmonster Stout was rich and tasty (NBSS 4), implying good cellarmanship and reasonable sales.

There’s a few Christmas diners, and the Playhouse is packed by 12.15 with a noticeably wide range of folk, including plenty of senior drinkers putting their health into their nineties at risk.  These were quite a few complaints from this group about the 5p rise in the price of JS Smooth. Pensioners !

I thought the Spoons was also going to be the lone home of craft in town, but I passed two newcomers near the Castle. I’m saving them both for a return visit in Dryanuary.

The Monkeys has a similar range to the Greene King craft experiment in Cambridge (Noble lager, Brew Dog etc), and was doing a good food trade. In fact, Colchester pubs were a lot busier than those in Cambridge.  Discuss.

As I always note in Essex, people here seem to me more cheerful and friendly than anywhere else in the south.

2 thoughts on “CONSISTENCY IN COLCHESTER”