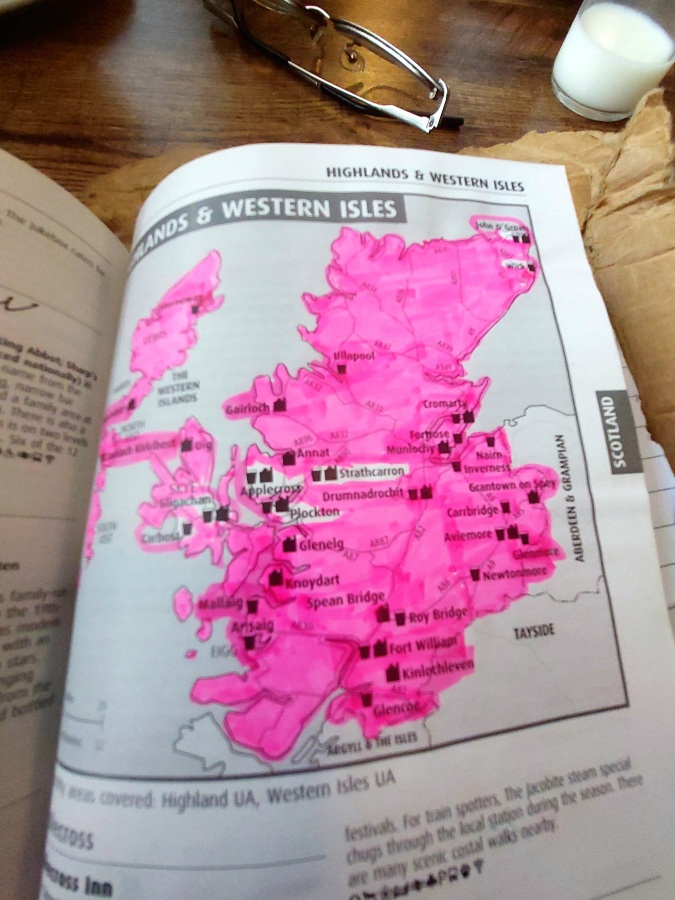 Some more reflections on the frankly manic trip round the Western Isles at the end of August in search of two ticks. Disappointingly for my readers, if not Mrs RM, both the Westford and the Crown were OPEN. Take notes, English micros.

Sadly, our schedule was limited by family dramas and music festivals, so we didn’t get much time to appreciate the charms of Lewis and Harris, the largest island in the British Isles apart from the UK itself and Ireland.

So if you want to read about football on Lewis you’ll have to read Pubmeister.

Duncan has a great map of the Western Isles on his post so I’ll nick it and owe him a Doom Bar (I own him 47 now).

His post reminds me that the cask beers were premium priced in the Crown (£5.75 for the Landlord) but of course that’s what many CAMRA members want if you read Discourse. Two days later in the Trossachs we’d find real ales a full quid cheaper.

We really should have taken a pre-emptive tick in Stornoway’s liveliest pub (Tennents), but it looked a bit full.

Sunday morning found a rather quieter town sleeping off hangovers until the churches opened at 10:30 (phone ahead), and the Lewis Revival promised seemed a bit optimistic.

Not rundown, exactly, as plain drab.

The exception was the breakfast room at the Caladh Inn that we gate-crashed in search of caffeine, where the black coffees were sensationally strong.

We could have hung around on Lewis for a day looking for a pub to watch Shinty on Alba TV, but I found out by chance that my remote tick at Applecross would be shut on Tuesday so we’d better get a move on, and only had time to admire the scenery on a gorgeous drive down to Tarbert.

The nice CalMac man told us he couldn’t guarantee space on the earlier ferry to Skye, but if Baa Baa Toure smiled he was hopeful, so we had time for a leisurely lunch of fish finger ciabattas and a pre-emptive half of Deuchars (NBSS 3) in the exemplary Hotel Hebrides.

Three (3) areas we hogged a table so Mrs RM could use the WiFi, observing a stream of German tourists drinking noon pints of cider eyeing our table and English folk annoyed that Soup of the Day was lentil.

And then Baa Baa Toure smiled at the man and we were off to Uig.

And the race was on…