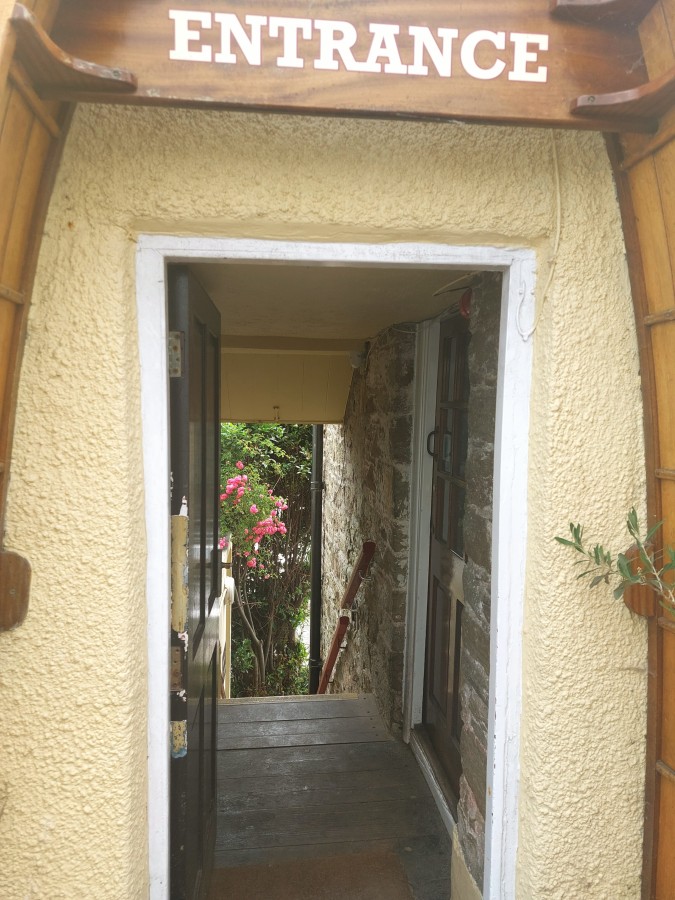 My July Devon Dawdle had got off to an inauspicious start with Salcombe’s flagship Ferry Inn unexpectedly closed at the promised 11am, but at least the Fortescue had (eventually) given me a foothold in the county, and I followed up with the obligatory pasty from the Bakehouse (NCPSS 3).

I wasn’t looking forward to planning a return visit, but the town is undeniably more attractive than Rotherham*, as Blackpool Jane will discover tomorrow,

I swept the crumbs off my T-shirt, and checked the door of the Ferry again.

Firmly closed. A gaggle of european tourists had gathered, clutching copies of the GBG Fodor’s.

“It is not open, no ? But it says HERE it is open. Why is it not open ?”. As in Belfast, I had to explain that in our culture, pubs like to keep you guessing and it was RUDE to expect anywhere to be open, anyway.

I pointedly phoned the pub, got no answer, and proceeded to tell anyone passing within 50 yards it wasn’t open. “Don’t worry, Poppett“, we’ll eat somewhere else” said Helly Hansen dad to daughter.

Then I walked down to the ferry to Kingsbridge, contemplating a rare tick by boat at the Hermitage.

There was no sign of that, either, and a couple of Americans (inevitably) asked me a) why it wasn’t running and b) why it appeared that the only schedule trip came back to Salcombe before it reached Kingsbridge. I blamed it on the seagull.

Some people have such unreasonable expectations of the UK, don’t they. I read of Americans who try to take their beer back just because it’s a little bit off.

Back at the entrance to the Ferry at 11:55 the front door had opened, but a quick push on the door to the right (below),

found it firmly closed, and dark inside, with no word of explanation.

Just then, a dad and lad came past me and walked down the stairs to the garden.

Just like the dove sent out from the Ark, the chap then called out “They’ve opened in the garden“. And so they had.

And in truth, the Palmer’s Copper (3.5) was great, and the views unmatched, and the staff cheery.

But pubs don’t help themselves, do they ?

*only joking, Rotherham is far better