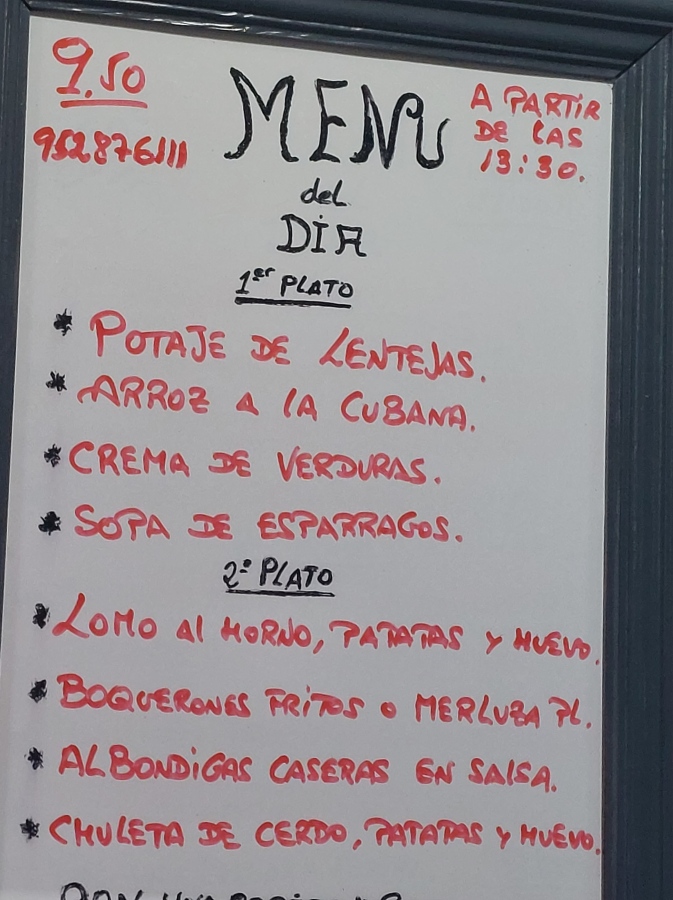 Blackpool Jane brings you kebabs in Salford, BRAPA gives you plums, I bring you Proper Pub grub, even in Andalucia.

Mrs RM and I did another little wander before tea-time (7pm, probably breakfast in Ronda), and walked to the bottom of the gorge and back.

Don’t do it in high heels.

There’s at least 3 distinct parts to Ronda, the Old Town over the Guadalevin, the newer bit around the bull ring with modern shops and cafes, and the steep residential streets leading down to the gorge dotted with churches.

We went to the loos in McDonalds (a tradition), and gave this chap a euro (press play NOW to hear his version of the Kangaroo Air Force Ventilator classic).

I nearly asked the accordionist about the alleged plans to turn the bullring into a Wetherspoons.

Wetherspoons would certainly bring some variety to the beer scene. At present, you just ask for “A bier, por favore” and are asked “A big one ?”. “Oui“.

Cruzcampo or wine in La Quinta, just about the only place open at 19:00 on a Monday. It was like being at home. Our guest house had recommended two places near the bus station, both not opening till well past our bedtime. To be honest I was missing my crispy beef and Singapore rice by now.

On the other hand, you can’t beat a menu you can’t understand.

Being a bloke, I pretended I did and asked “Arroz a la Cubana“,

“What are they ?” asked Mrs RM. I sighed; the nice lady translated for Mrs RM. Wimp.

It was filling, rather than thrilling, but £18 for 2 courses, 3 glasses of wine, a beer and 2 coffees is what you really want to hear, isn’t it ?