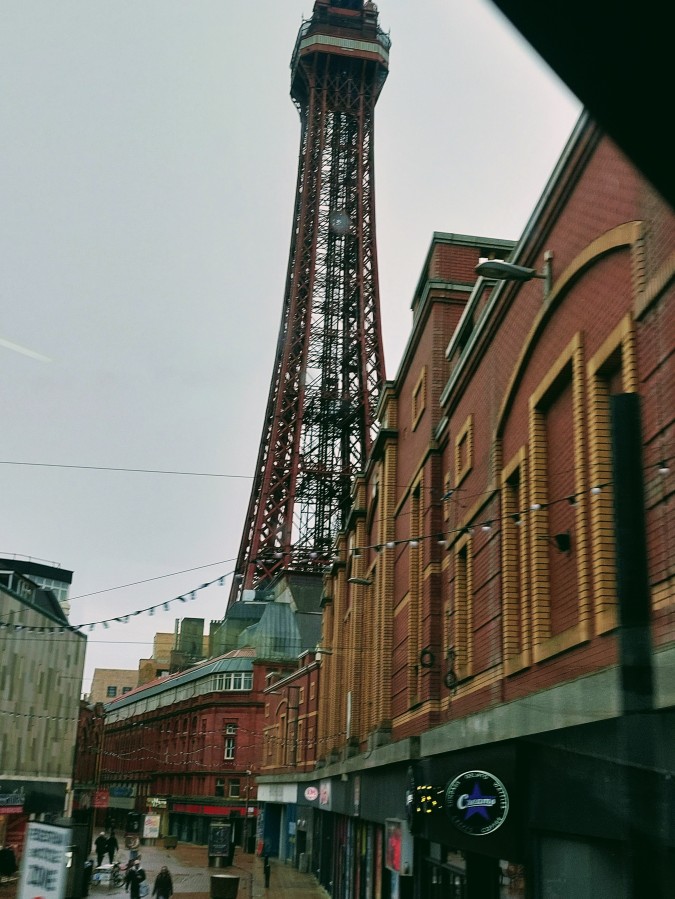 Two ticks by two thirty, and if I’d caught the tram along the coast I’d have been in St. Anne’s for four o’ clock for a third.

But the duff map on the GBG app, and a long discussion about glasses in the Shipwreck meant I arrived at the tram stop 30 seconds too late and was left to look for a new way to reach St. Anne’s.

Ideal. I’ll be at the Keg N Cask (or was it Kask & Kaps ?) before their 16:00 opening, and can then catch the train to Kirkham for my penultimate Lancs tick in Freckleton. Keep up.

The Coastliner leaves in 15 minutes, so I’ve just time to nip in the GBG Spoons for a half and regret that I’m going to miss the Osmonds musical. My mum was a Donny fan too.

Al Bundy, possibly no relation to Ted, is a fan of the Jolly Tars, though you should be wary of anyone who calls it “Wethers”. Everyone knows it’s “Weatherspoons”.

and a beer range that includes Wobbly Bob.

I could have had a pint for £1.60, because I’m a CAMRA and I support real ale by demanding a discount on it, but then I’d need a wee on the 39 minute bus trip and that’s daft, so I get a half, making sure I don’t hand over my illegal pound coin.

The Wobbly Bob isn’t bad, not it’s NOT chewy, an NBSS 3 at very best.

Never mind. Someone has to stand up for Spoons.

And it does. Very slowly.

It’s the(late) Number 7, not the 21, and it stops every 30 seconds to let schoolchildren on and off.

40 minutes later I’m only at the Eiffel Tower. Could have walked quicker. Really.

Why don’t buses have loos on board like trains. I hate buses.

Nearly got off at the Spoons I’d never been in, but held on till…

….the football ground. Must be loos there.

Talking of football, if you want something faster paced in Blackpool read Jane (here) or Evo (here). They have stronger bladders.