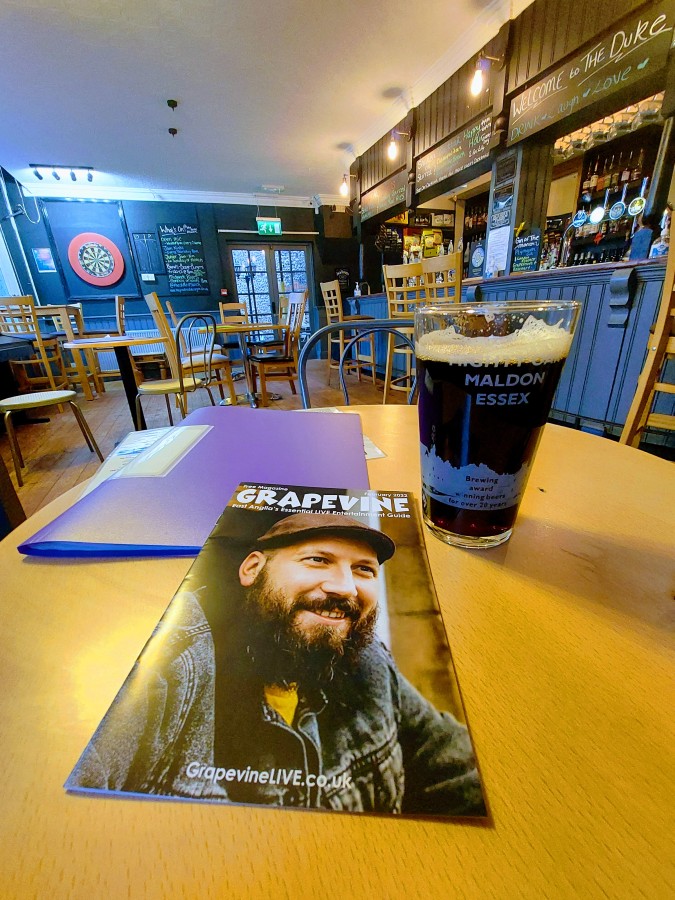 I visited my parents from Monday to Wednesday to take my Dad out to garden centre to buy plant spray and fix the Virgin remote control with too many buttons on it.

Visiting early in the week means half the pubs are shut, of course, but I did find one GBG newbie in Ipswich.

In the late ’70s Ipswich was my introduction to top-class football, which in 1977 involved Paul Cooper bouncing the ball six times before hoofing it into the Portman Road sky.

Yesterday in Sheffield I met two deflated Ipswich fans who’d got hopelessly lost trying to take the tram back from Leppings Lane to the Malin Bridge Park & Ride.

I sympathised with them, but wondered how on earth two people younger than me couldn’t have walked the 0.8 miles back to their car.

Ipswich itself looked a bit deflated this week, with more boarded up shops than I’ve seen anywhere in “The North”. Even the Ancient House on Buttermarket was up-for-sale (make a great Brunning & Pricey).

But the town retains a stately splendour built on the wool trade (Norwich/Ipswich half-and-half scarves, mainly).

In fact, and I’m going to upset a lot of folk here, I reckon that the Cornhill is one of the finest public squares in England, and perhaps the closest to a Flemish town square (see also : Newark).

Rather beautiful, and rather lost on a podgy 12 year old only interested in football programmes and league tables back in ’77.

Of course, an historic wool trade and gentlefolk shoppers from Woodbridge don’t keep town pubs in business anymore than lads and teetotal Dads did,

There’s only one central Beer Guide pub anyway, and the Arcade Street Tavern is closed, which tells you all you need to know about the state of midweek drinking in 2022 England.

I attempt to reflate the Suffolk economy by buying a tenner’s worth of Baklava from the new deli on The Walk.

With barely a pause to admire the detail along the Buttermarket (make a great Sam Smiths), I headed up Woodbridge Road to the Grand Old Duke of York.

Where has this one been hiding all these years ?

That’s Oscar Wilde Mild, a gorgeously rich pint in lovely condition (NBSS 3.5+), and to be fair nearly all the beer I’ve had in Ipswich over the last two decades has been worth the trip.

You’ll be wanting to know what cutting-edge bands are heading east in February, won’t you ?

9 thoughts on “DOES IPSWICH PACK A SUFFOLK PUNCH ?”