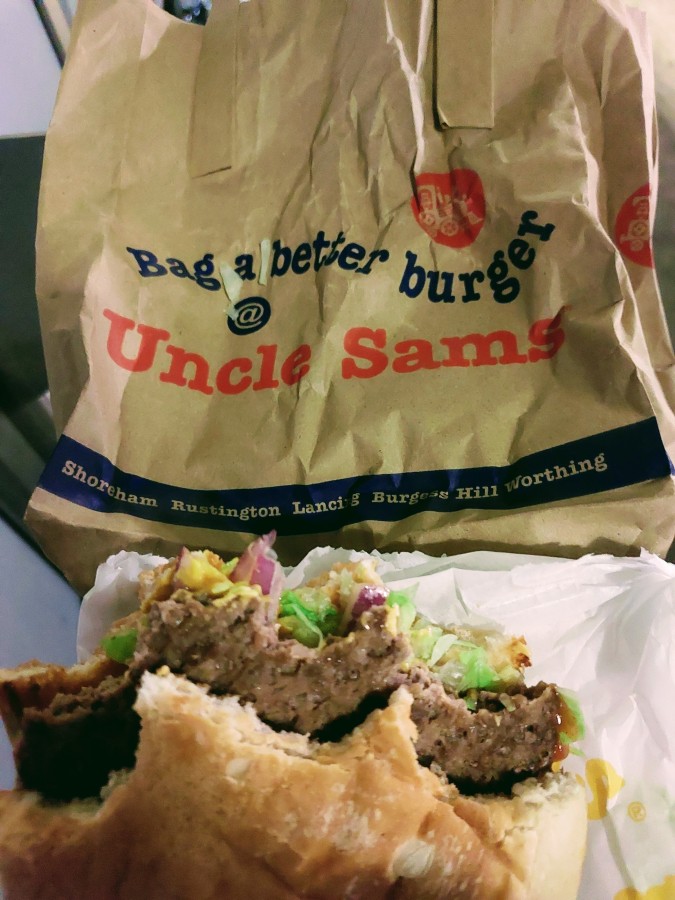 5 minutes on the train back from Worthing and I jumped off at mysterious Angmering. It’s an anagram of Ring Angme, a 12th century Sussex mystic, apparently.

Well, it’s not as mysterious as Sompting or Ferring, and the aerial shot says “built up suburban area next to pebbly beach“.

Two new micro ticks, each 20 minutes walk from the station, an irritating distance when you need the loo and there’s an absence of remote scrubland.

So I was relieved to find SP’s Alehouse in its expected place in a small row of shops, Bexley and Sidcup style.

A decent crowd in, micros fill up quickly, all casually dressed and quietly spoken. If I’d stayed as long as Simon stays I’d no doubt have found out what they were having for tea and their tips for the 3:15 at Fontwell, but instead I drank a decent enough half of (checks notes) something made in a shed.

But never mind that, what about the urinals ?

to the ever so slightly larger suburb of Rustington, where we find a SECOND Georgi Fin. The one I went to with Hitchin John a few years back was young and crafty; this one looks lot smarter, has a mixed crowd and plays the Kaiser Chiefs, who came to prominence when Worthing had ZERO micros. Consider that !

I liked this one too; cheery staff, low level seating and a superb half of Bird from Hand, which sounds like a saying.

To be honest, I needed food by now, and Google Maps said I only had 27 minutes to get back to Angmering and the walk would take 28. That left me with -1 minutes to get a cheese burger from Uncles Sams, a Worthing version of Grubb’s in Brighton.

This cheeseburger cost £3.60, and was a match for anything you’d get in Spoons (except the free pint of Punk IPA, obvs).

By 21:00 I was back in Worthing, deliriously happy with five (5) ticks and a burger, so not even the best that Worthing could offer could drag me away from Mrs RM.

10 thoughts on “NOT ‘ANGING AROUND IN ANGMERING”