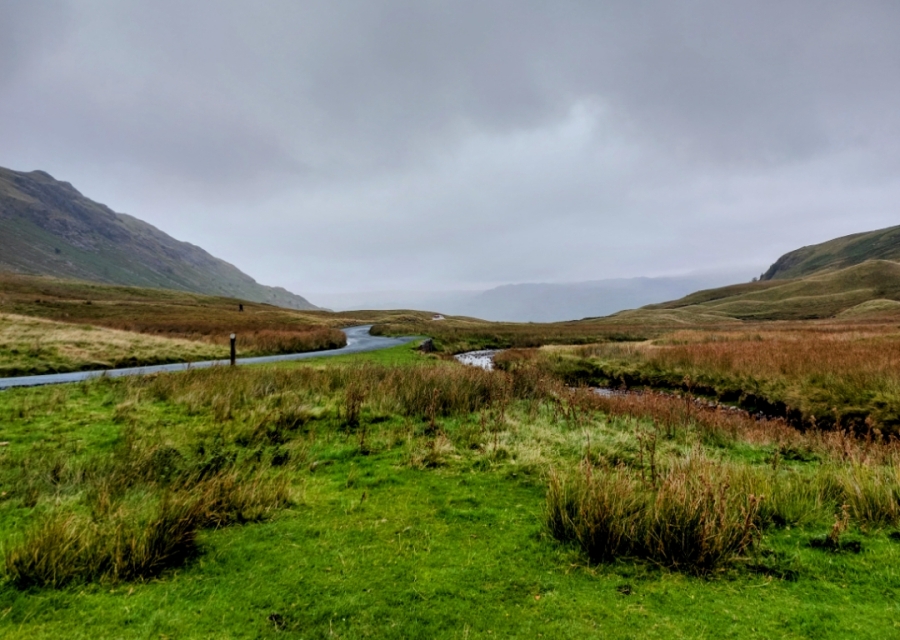 Now I’m reunited with my laptop I can bring you the post from our brief excursion into the Lakes Proper, before we head to the “characterful” West Cumbrian towns you really want to see.

Cumbria is a tricky county to complete, even though most of the Lakes pub have (traditionally) kept generous hours, to cater for the Hugos and Helens who come up all year long to pretend to climb hills in their Helly Hansens.

As you’ll see later, I’m making steady progress with the ticking, but the Scafell Hotel in Rosthwaite is typically miles from anywhere, accessible up a long track from Keswick or Buttermere that looks more scary on the OS extract.

I’d assumed the “Scafell” was just named after a famous peak, a bit like Blackpool has a nightclub named after the Moulin Rouge or something, but there it is, probably no more than 3 days walk away as we attempt to park in Rosthwaite.

“I’ll hover (and avoid paying the outrageous parking charge); you run along and tick it“. So I did.

There’s a lot of Lakes hotels bars in the Guide; rather them than micropubs. This one has a lovely display of GBG stickers. Which is your favourite ?

Hand wash from a new name.

It was OK. But the trek across Borrowdale was great, bar the close scrapes with bigger campervans and the lack of WiFi. If the Lakes want to get a more diverse crowd, they need to sort their internet out.

21 thoughts on “MRS RM HOVERS WHILE I TICK SCAFELL”