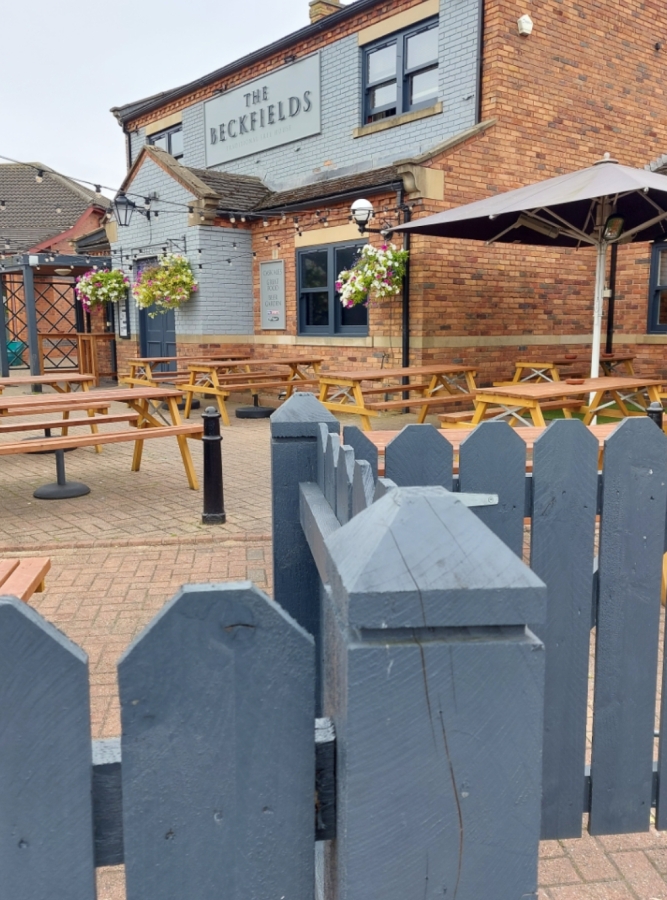 The Beer Guide trail takes you to places that even people who live there have never heard of.

Ingleby Barwick is a suburb of Thornaby, itself a suburb of Stockton which many would (wrongly) consider a suburb of Middlesbrough, which as you’ll know exists only to manufacture the humble parmo.

Those 21,045 clearly work and shop outside I-wick, as the kidz would call it if there were any kidz.

It’s the Cambourne (as distinct from Camborne) of the north, a new town built to house Stockton residents fleeing the growth of micro pubs.

At 11:59, I suspected my new GBG tick was firmly shut, but exactly on the stroke of noon an apologetic face peared through the door and beckoned me in.

From about 37 miles off, let alone 37 yards, I could tell Beckfields was a Stonegate pub.

What a shame that the Doom Bar is “coming soon2. For the first time since 2017, those jam jars might actually be useful to people who don’t like beer that isn’t pale.

What is a problem is a lack of other customers.

At 12:01 in Cambourne or Bar Hill or many other new towns there’d be a row of Old Boys at the bar and a gaggle of gentlefolk ready to argue about divvying up the bill.

Clearly that £7.99 parmo isn’t dragging the foodies away from Robert’s Fish Bar and the chilled sandwiches at the Premier store. Or Mrs L’s Cakery Bakery.

So I have to sip my cool Old Golden Hen (NBSS 3, rising to 3+, possibly), all by myself while the staff rush around waiting for something to happen. Perhaps there’s a 4pm rush; I will never know.

But as the Verve sand “Lucky Man” I contemplated what a lucky man I was to be doing this stuff, rather than down a mine or in an office.

But as Cat Stevens sang “Tell me, where do the old boys go ?“

5 thoughts on “WHO OR WHAT IS INGLEBY BARWICK ?”