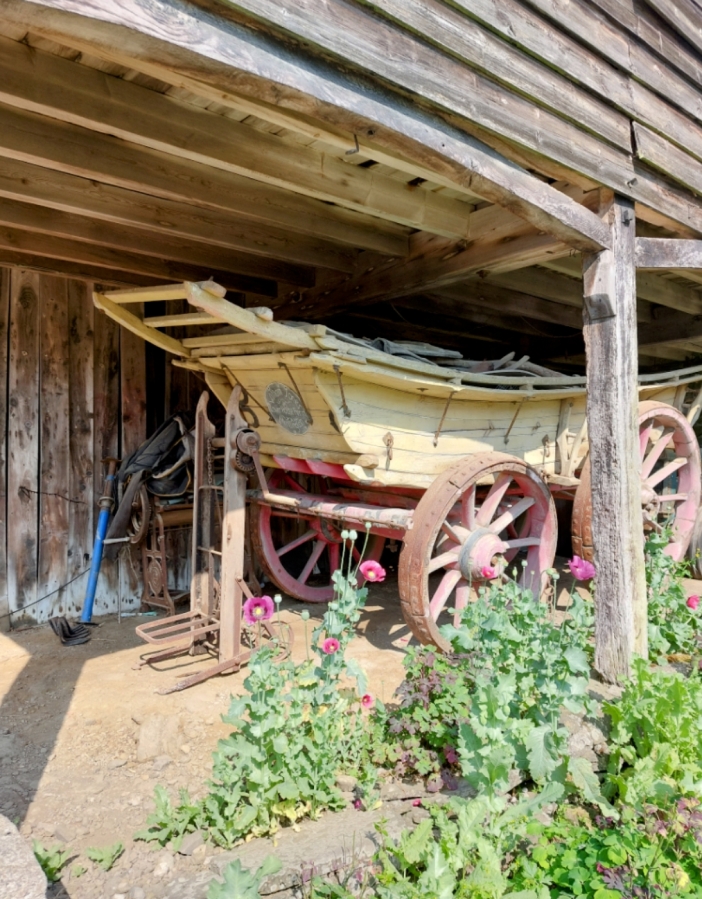 According to official figures, over half the population DIDN’T watch the England matches, and you know I always take the majority view.

Our Wednesday night stop at the Lower House (there’s only a lower, middle and upper) in Huntington was actually back over the border from Gladestry, in the area known as “Scary Herefordshire” i.e. the bit that’s not in the Malverns.

An inherited farmhouse run very informally by a lovely couple who seem to leave all their doors open at night. In Cambridge the National Trust would charge you £8.95 to visit it.

We’d popped into Kington for some deli bits in case the local pub was beer only, which turned out to be a wise move.

The Swan is described by What Pub as “eccentric”; our B & B hosts gave the impression they hadn’t been in since Christmas (when it was closed). Look at how keen Mrs RM was to find out.

Yes, it was Wednesday. Yes, it was 7.30 (pm). Yes, the biggest communal event since 1966 was on TV. And, of course, the pub was closed. I presume the owner wanted to watch the game by himself with cans of Cloudwater and Cheesey Wotsits like BRAPA.

Whether it was as good as the Anchor, Anchor, I may never know. Unless you do.

So, we had a walk, 45 minutes in glorious countryside and I swear to you we never saw a soul.

On our return, the hosts again invited us to watch the game with them. There might even have been sherry.

We declined, retired to bed, and heard an “Oh no” as Denmark scored. Oh well, fun while it lasted.