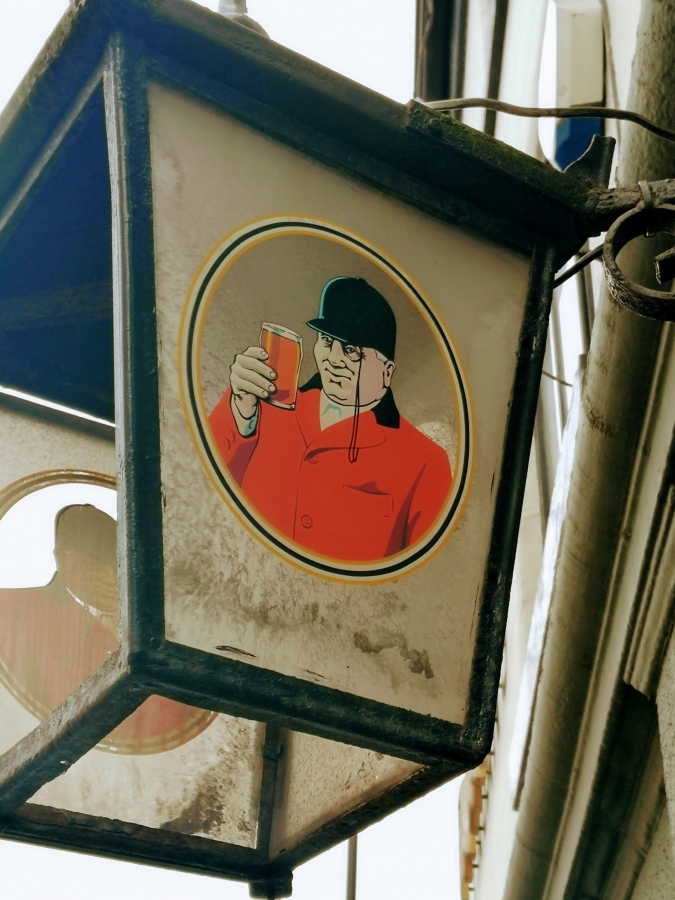 I’ve got a 2020 Awards issue to do later (dress up for that), but there’s still plenty of Sheffield material in the bank.

One of the key aspects of acclimatisation to a new city is working out where all the pubs are in relations to each other, so you can say “Turn right at The Wellington, KEEP OFF THE TRAM TRACKS, then left at The Ship, just before you go in the Don” when folk stop to ask you for directions.

Look how many Good Beer Guide pubs alone there are on my doorstep (the blue dot).

With the snow cleared we set off down the hill to Student central to the north,

pausing to show Mrs RM the beauty of the White Hart. She’s a hard woman to impress.

The North-West quadrant of the city centre is almost entirely flats, including 2 places James stayed without once venturing into a pub (note concerned parental tone).

He’d never heard of Fagan’s, despite it being one of the iconic pubs in Sheffield.

At least, I thought it was. And I assumed BRAPA had, which he had, but only after a failed attempt at New Year. Imagine 365 failed attempts, Si.

But it’s the exterior you want to see.

“This is top shelf erotica for the folk of South Yorkshire“. said Si. The work of Sheffield legend Pete McKee, a Banksy for folk who like proper art with proper people in it etc etc.

The Tetley lamp isn’t bad either.

Sadly shoulder-charged out of the GBG21 because/despite of BRAPA’s visit, but high on my list for revisit when the vaccines arrive in March May November. Tetley Bitter and Abbeydale Moonshine have been the two beers for as long as I’ve been cross-checking the Guide.

Where next ? I know Mrs RM loves a hill.

4 thoughts on “IN SEARCH OF FAGAN’S”