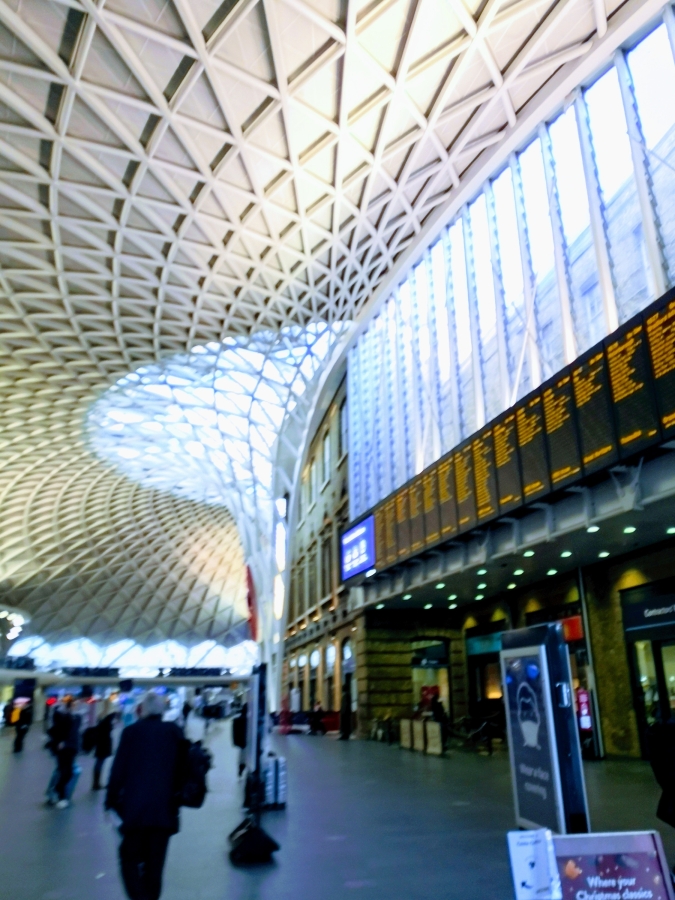 We are all BRAPA.

Thankfully, we’re not, or waiting on railway platforms would be a messy affair.

I managed to make it back from the Jackalope to King’s Cross, which does have loos, only stopping to admire the Green Man (now renamed Greene Man to cash in on Graham Greene craze sweeping the nation).

And another Euston Road landmark, commemorating the Four Tickers who once nearly ended up in the same London pub on the same day.

3:40 hours says Bing, a bit longer in reality with my detours.

A – You DON’T waste it. You save a Heritage pub. Like BRAPA does by ending his Saturdays with a pint of ESB in the Parcel Yard.

I like the idea of a ritual, even if it is an ill-advised one of a SEVENTH pint of the day in a railway station parcel office.

I also felt I owed Fullers a bit of custom since I use the toilets here EVERY time I visit London.

“I don’t get very far when a smart young man with a clipboard and a pressed shirt jumps out of the gloom, and mentally jostles me into one of those leather booths directly to the left on entrance. “

And that’s pretty much my experience, too. To be honest, after previous queueing nightmares here, and my wobbly state, I was glad of the man with the clipboard bringing me a pint.

But unlike WIMP Si, I had the ESB. NBSS 3.5, and it was only £2. TWO POUNDS for a pint of beer that normally sets Si back half the GDP of Goole.

That pic at the top is rubbish, so here’s one I took earlier;

As Simon will tell you, seven pubs is plenty. Sometimes more than enough.