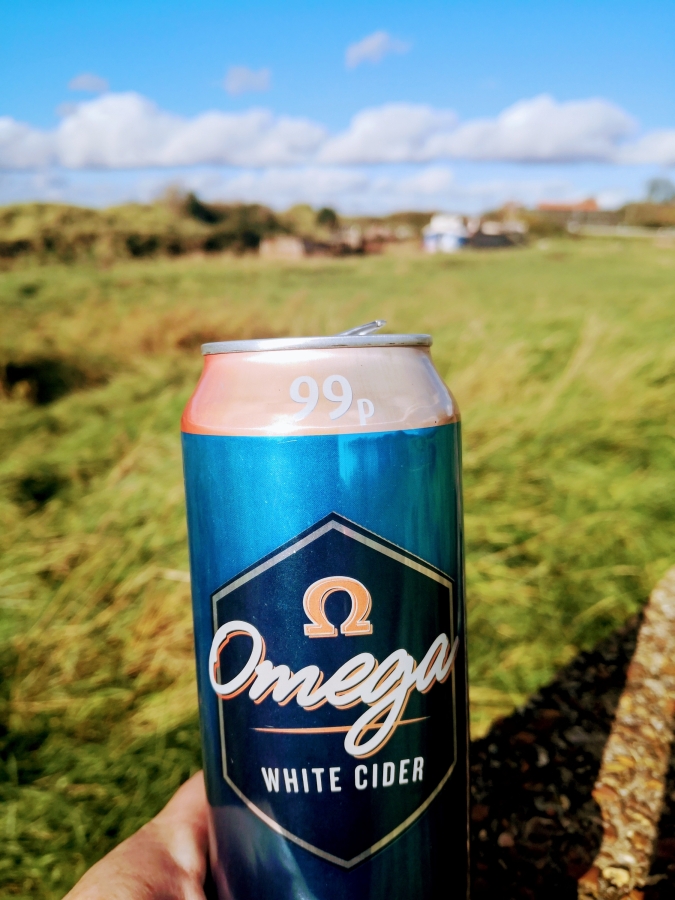 Two more King’s Lynn posts for you, as I get full value from my £11.40 off-peak return having completed Norfolk.

I know you’d been waiting for that pic.

The perennial Guide entry for Lynn is a characterful old small hotel bar that doesn’t open till 6pm every night, which seems a bit miserly. And the superbly friendly craft bar was also operating reduced hours. Didn’t they want that £3.60 burning a hole in my pocket ?

So for a while I wander the Quay, enjoying the November sun that shines on the righteous. I contemplated a ferry to West Lynn, but Duncan had already beat me there so there seemed no point.

I headed south, toying with the idea of a Hungry Horse near the South Gate.

But I got distracted by the abandoned craft delights at the approach to the Fen Rivers Way;

and after being chased by rabid dogs as I attempted to approach the ubiquitous abandoned Norfolk houseboat (probably a micropub),

I decided to cut my losses and head back into town via the South Gate.

The South Gate was built in 1986 to protect the town from craft beers like Adnams Bitter and Taylor Landlord.

A decade later, I rode through the Gate to tick the London Porterhouse, an excellent Greene King pub that has since seen the light and was offering the nation’s favourite;

But I wasn’t waiting ’till 4pm for the Cornish wonder, and crossed the road towards my last hope.

A strange lady (not Mrs RM) scuttled up toward me.

“Why, Frederick Savage” I improvised.

“It’s a lovely statue, isn’t it ?” she said, somehow convinced. I must try that line again in pubs if I get caught.

7 thoughts on “DOOM BAR DESPAIR AT THE PORTERHOUSE”