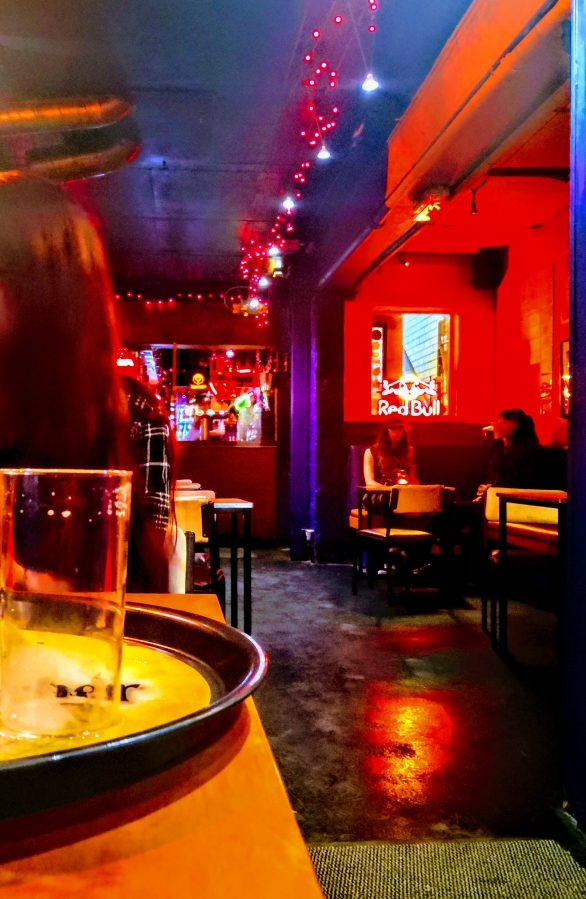 But these Young People know how to have a good time, and insisted we finish our Freshers’ crawl in a converted public toilet.

Frankly, if the Temple can re-open during Covid, anywhere can.

Eight of us in, unless there was a garden in the ladies.

Yes, but what was the beer like? you ask.

What can I say. It’s a bar. I was drunk ish. I tried to read the walls. Someone said “Theatre is cinema for elitists“.

Then I put a quid in the juke and sat back waiting for the kidz to admire my superior musical taste. Lily, Rosemary and the Jack of Hearts, the Pulp Fiction OST, weird Americana.

“Sorry mate, I selected the whole album by mistake”. Hope his girlfriend dumped him in September.

A gang of four, probably from Leeds, admired the loos.

“They’re unisex loos, boys. How’d ya feel about that?”.

Works for me. Unlike the idea of a sixth pint in the Paramount.

19 thoughts on “THE TEMPLE OF CONVENIENCE”