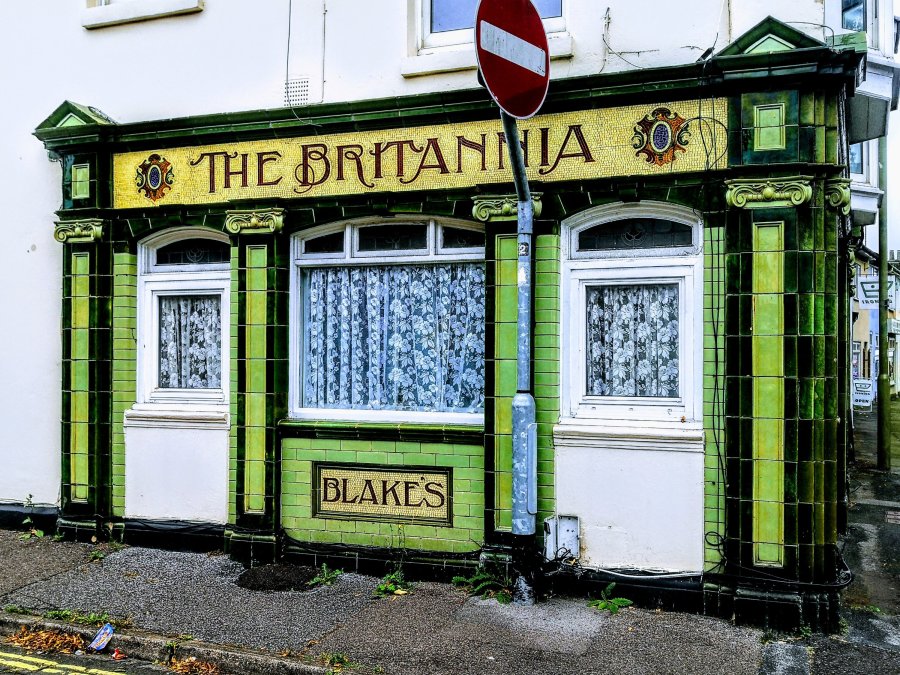 The only rule for this blog is “No jokes” *.  If you believe you’ve seen a joke on this site, you’ve been hacked by Huawei and should go into hiding. Immediately.

Before my live blogging experiment at lunchtime, you left me in Fareham admiring the Spoons.

While there I realised I knew next-to-nothing about Gosport, bar a couple of boozers I’d visited a decade ago on the ferry from Pompey.

So I’d parked up the campervan for free in Brockhurst, before realising I was two miles from the Official Centre of Gosport (the Spoons).

Apart from the cough drops shop, there’s some impressive “Value” packs of crisps to be had at Roys, but I couldn’t fit the box in my pocket, and some South London chic.

Brockhurst turned into Forton, I missed the join.

The street art was low-key, but the mannequin made up for it.

The pubs came thick and fast.  Seven Blake’s houses, which is where the Sci-Fi series came from.

A symphony in green, they were.  At least someone got a nice house/convenience store when they closed after 2007.

The Trafalgar was just about to open at 10am.  Ostracised by the green tile brigade, but still magnificent.

The Fox looked the best of the lot. For the usual prize, which pub is this reminiscent of ?

Honestly, I’ve not seen a run of better looking locals outside Southsea.   Oddly.

The one I went in was, of course, a minor disappointment.

12 thoughts on “GOSPORT YOU GREEN EMPEROR !”