Grief.  It’s been five months since my last Top 100 pub; how have you coped ?

One last American memory from a year ago today.

New York is gigantic, isn’t it ?

It takes an artist to pick out the detail at ground level. 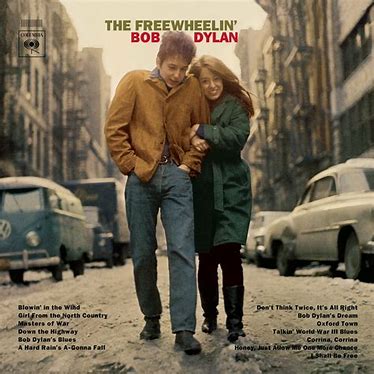 Dylan may not have explicitly written about the Blind Tiger in Greenwich Village, but I reckon 6 pints of Newburgh Plan B Boss Farmhouse IPA is the only explanation for the weirdness behind his latest album.

If I can write something as weird as Key West (Philosopher Pirate) when I’m 78 I’ll be happy.

I made two trips here on Duncan’s recommendation (not really, it’s in the Good Beer Guide foreign section).

Two trips, both outside peak hours, both packed with Greenwich drinkers, and the odd tourist overdoing the free cheese and crackers.  You could have been in Leek.

I sat at the bar (boo !!) and had the lone cask beer.  Newburgh Plan B Boss Farmhouse IPA.  You try saying that after four pints of Duclaw Haze of Passion, seemingly the Blind Tiger’s equivalent of Citra Green Devil.

It was just stunningly pubby, and I stayed far too long. Twice. And I’m no crafty, as you know by now.

The cask was too warm. But the Duclaw was very good.  And the local hipster on my right had something dark and treacly. I asked him what it was.

“Firestone Walker Imperial Stout”  he replied, in such perfect English that he could only have been a Norwegian IT consultant on an assignment in New York. And he was.

“Firestone Walker ?  I thought they were Big Beer” I said, feigning beer intelligence.

“They are, but even big breweries can sometimes make great beer“.  Oh.

And so they can.  It was magic.  So good I couldn’t even force down a Bass in the Slaughtered Lamb.

Goodness knows how they do Social Distancing there, so lets hope the takeout trade keeps them afloat. I want that third trip.