A short break from football and Dad nostalgia now to bring you actual pubs. Calm down, down, they’re still shut. Will they re-open on 4 July, just in time for the Southworths to celebrate ?

Until the 4th, or later, I’m still collecting takeaways every Friday from the counter at the side of my Waterbeach local.

Who on earth could prefer their own living room to the Public in The Sun,

If I’m honest, I only join the 5pm queue for the banter outside. But the Turpin’s Stout this week was, again, a 4.5. Will I ever want to drink in a pub again when beer is this good decanted into an Augustiner or Bass glass ?

The view of Shambles Square from the steps is hard to beat anywhere.

My Kentish father-in-law reminded me of this Manchester marvel this week, when he showed me the picture of the Old Wellington (1552) he’d uncovered in a batch of frames he’d bought for his own illustrations. If it’s worth £1m please contact me, not the police.

I spent a lovely afternoon drinking OBB at £1.22 a pint watching England stutter to a 1-1 draw against the Swiss as Euro 96 started.

The Wellington and Sinclairs have been moved round more than Fernandinho in City’s formation over the years, but seem at home now; home to tourists, Tottenham fans and topers.

I rarely go in these days, excellent as they both are. Not when there’s Holts next door in the Crown & Anchor with its weird pumps.

and Holts in the Hare & Hounds just up the road.

Though the company HAS been a bit dodgy of late. 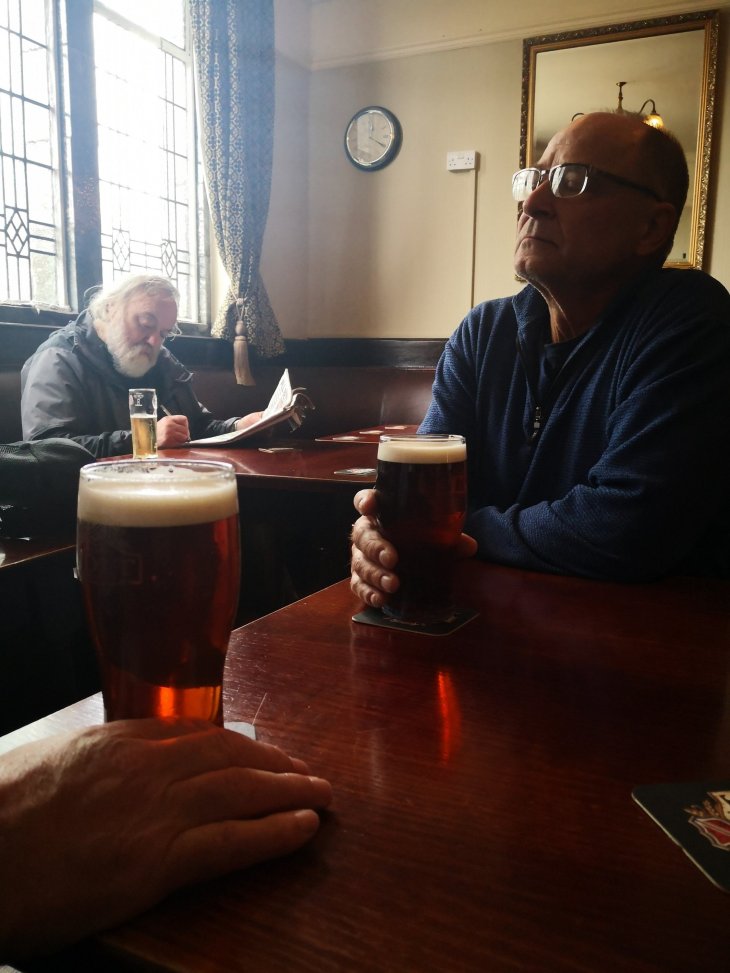 7 thoughts on “THE SHAMBLES”