More holiday snaps. Perhaps the last I’ll be taking for a while.

I realise I’ve been remarkably generous to Gloucester these last few posts, but the camera and my NBSS scores never lie. 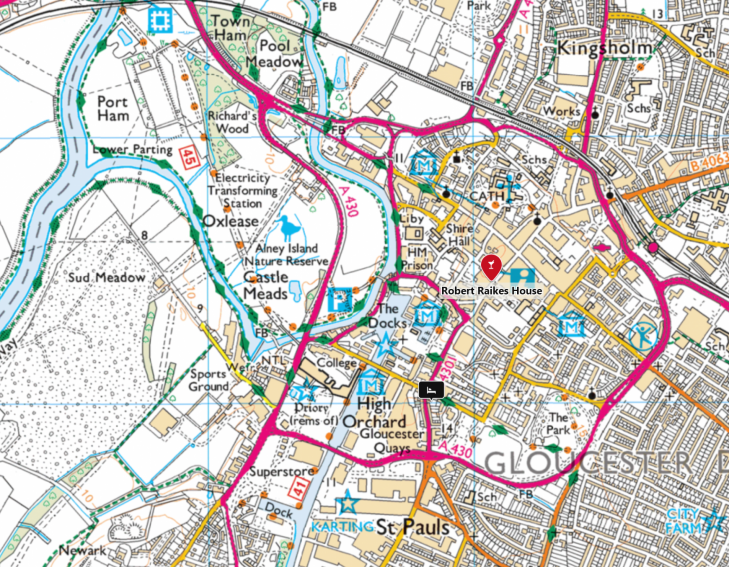 The full Gloucestershire breakfast at the Spalite was as average as you can get, but I know Americans love seeing pics of Proper Food as much as they do Bass signs.

On my sixth visit to Gloucester the full horror of the ’60s makeover hit home,

though that’s nothing compared to the apostrophe atrocity in Eastgate.

With a couple of hours to kill before Angie’s opened at noon (it didn’t) I had time for the full cultural package, starting with the indoor market.

My own panic buying extends to a fivers worth of menthol and eucalyptus sweets seen here modelled in Westgate. They’ll last until Liverpool win the League, or the End of Times, whichever is sooner.

Westgate, the main pedestrianised street leading to the Cathedral, was quiet bar the hordes of Irish racegoers practicing their social isolation ahead of Cheltenham.

Scruffy it my be, but Gloucester is proving a treasure trove for street art these days,

and the restriction of the 2st century to the docks has left us with some gems in the centre.

Before I get to the Cathedral I admire Ye Olde Fishe Shoppee.

OK, half an hour till pubs open (or don’t); let’s Do The Cathedral.

My alternative guide to the Top English Cathedrals would have these in the Top 5;

Gloucester doesn’t get the numbers, despite the Harry Potter connections, because, well, it’s Gloucester. Which means you have it to yourself.

And they don’t charge, even for the walk around the top, though they make it easy to donate a fiver by contactless at the exit, which is a bargain.

Anyway, go there now. Or later, when they’ve finished the Fleece. 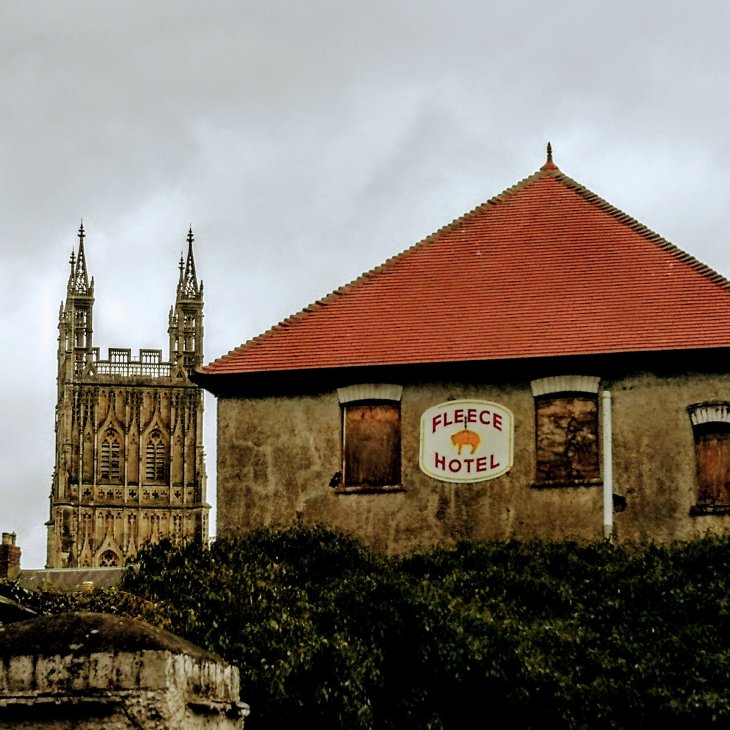