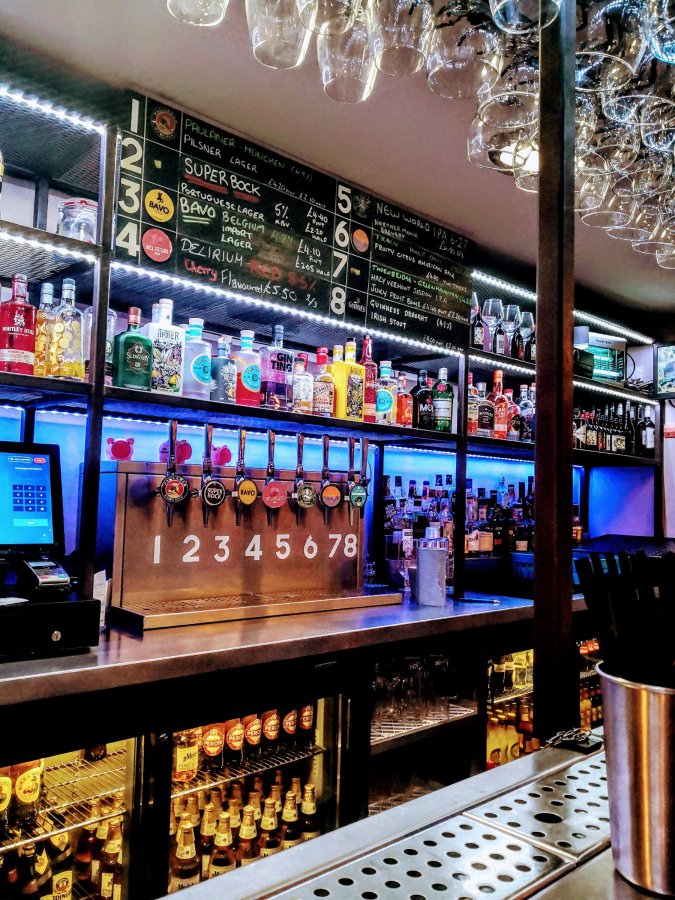 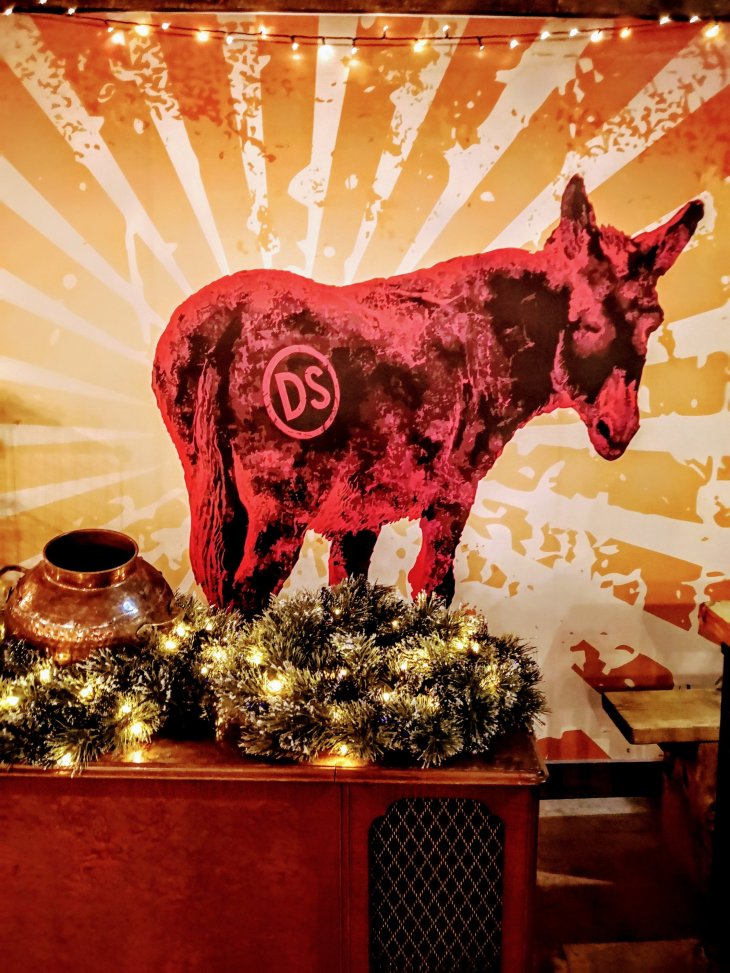 Oldham gets a bad press, though not on this site. It’s not helped by place names like Mumps and Grot(ton) and Austerlands.

But it’s (give or take) home to the Tand and Quosh, and has those funny red contour lines us Fenfolk don’t recognise, and Saddleworth is gorgeous.

So where better to start the last burst of pre-Christmas ticking than in a shed on an industrial estate in Greenfield ?

Well, it makes a change from Santa breakfasts at chain diners.

The Donkeystone Tap has been causing consternation among GBG tickers, with what we call “a little local licensing difficulty” forcing the Tap to close no sooner than it made its debut in the Guide.

Those issues were resolved just before Christmas, in time for my visit. Hurrah ! The opening hours in WhatPub are one for the Connoisseur (see what I did there ?)

Think it’s actually Thursday to Saturday but always best to ask your butler to phone ahead if you’re travelling from Delph.

They were thrilled to be back open before Christmas, and the whole of Greenfield had tipped up with their pushchairs and pressing problems.

It reminded me of those Stourbridge taps with “Duck” or “Wheel” in the title, a community taphouse where folk pop along to talk about DUP appeasement rather than Untappd.

I’d enjoyed their Stout in the Ashton market, this pale one was cool and crisp, NBSS 3.5+ easy.

OK, it’s bench seating, but they played “When A Child Is Born” and you can’t argue with that…

Just up/down the road in Uppermill, things get chintzy. Canals, cobbled street and cake, plus some good family brewer beer from Robbies and Lees.

Of course, the Albion Tap is neither of those, it’s a gin bar with local cask, aimed at folk who have been on holiday in Abergele and want that same ambiance back in Lancashire (am I in Lancashire ?). 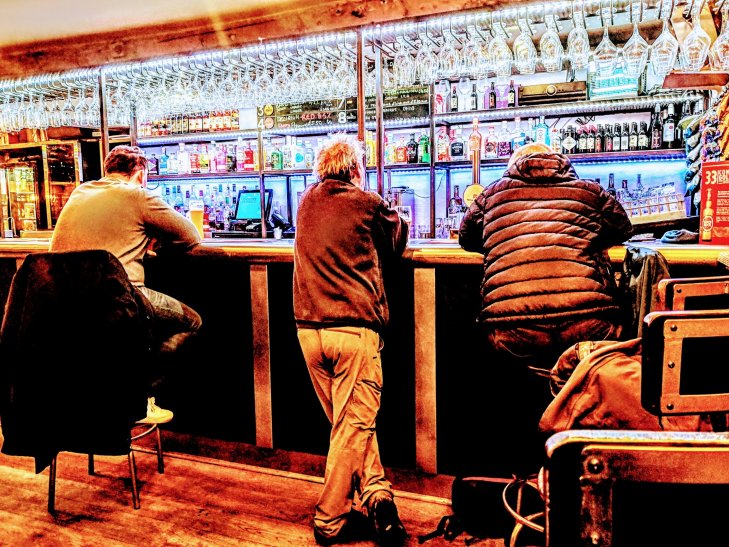 Ooph, more Donkeystones. Who’d resist a lovely beer with a play on Ferris Bueller’s Day Off ? Not me.

All your favourite 6 Music indie as well, Charlatans and Coral but sadly no Clinic. I liked it, though I had to fight to resist the urge to climb the hill to the Cross Keys for a Moonraker.

“Shut up about the beer and music, show us the Santa video !”