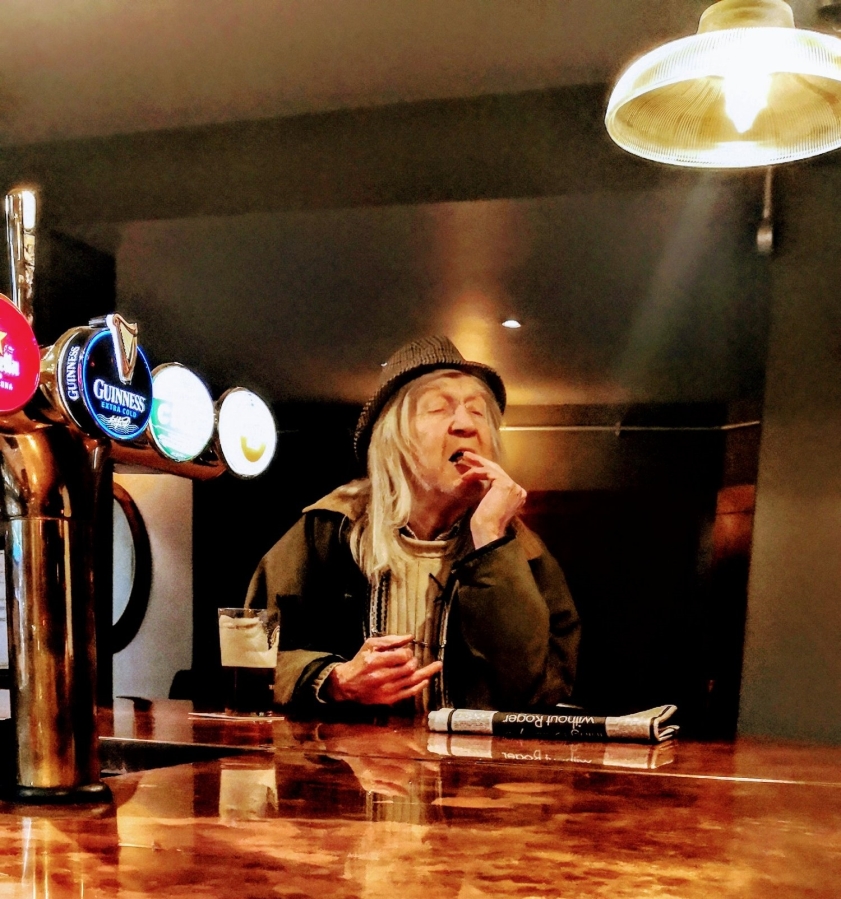 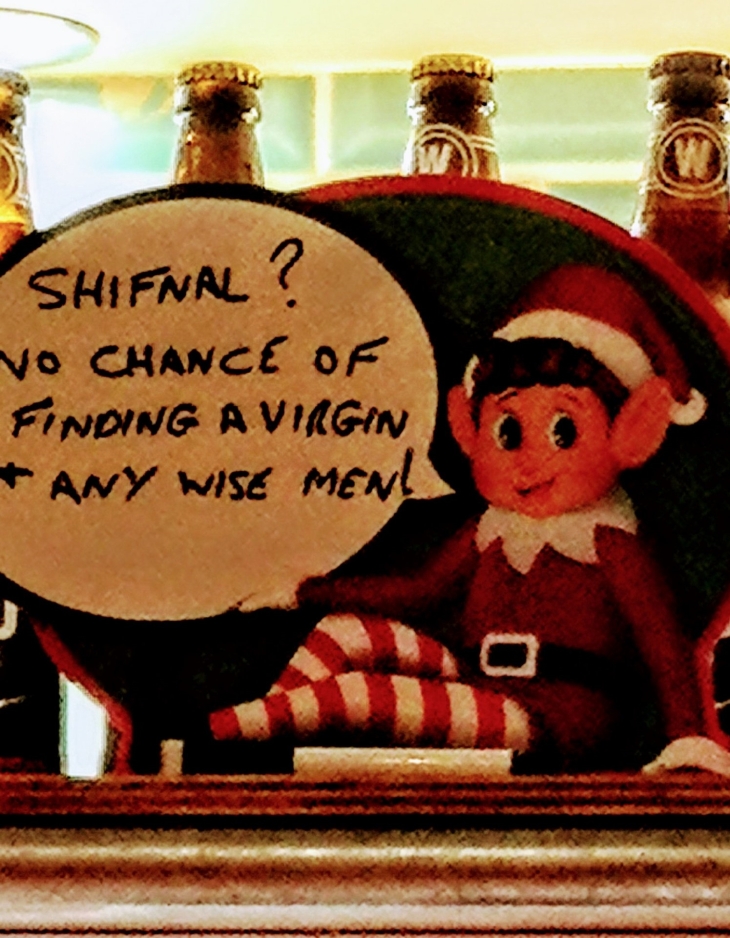 I’m not sure what to make of this, but the two Shifnal GBG entries were squashed, kicking and screaming, into one posts while the other pubs we visited get exclusive billing.   How does that work ? 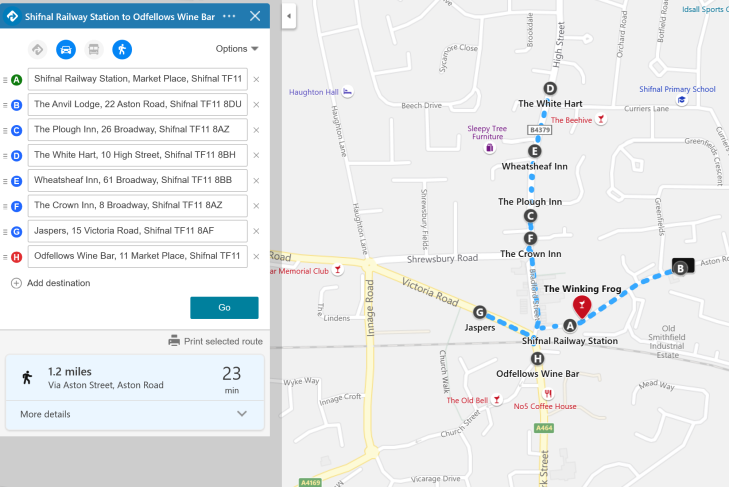 Pub No. 5 rather divided opinion among our pub experts. 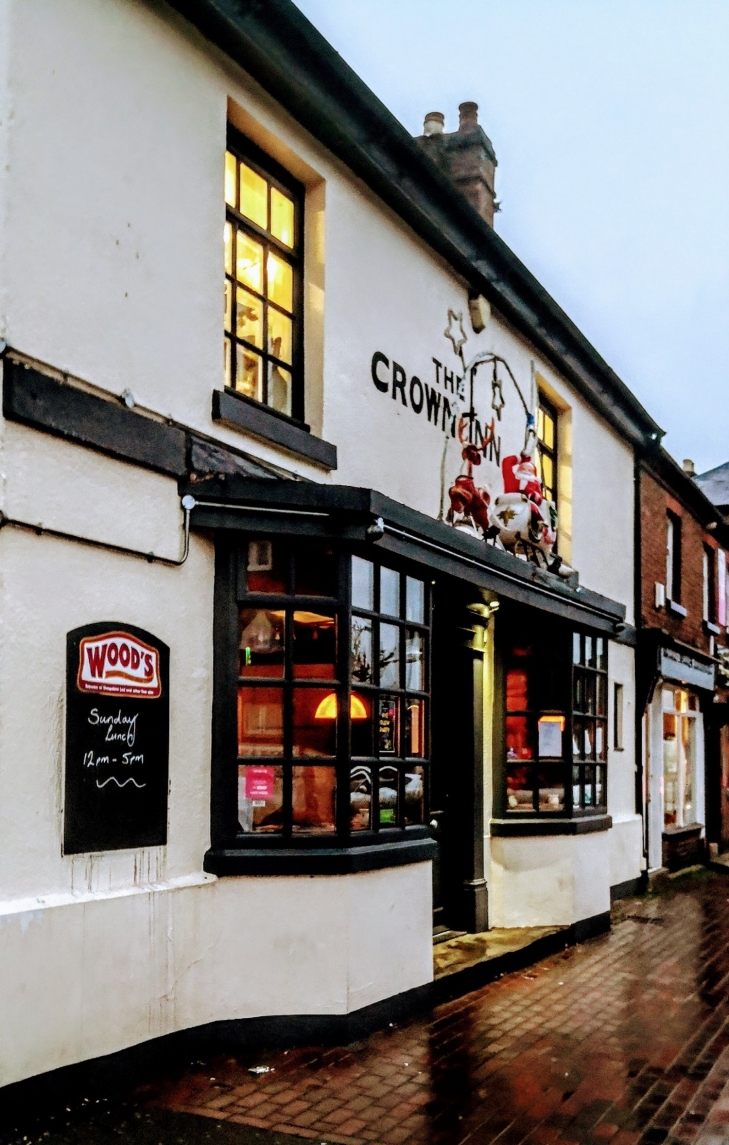 The Crown looks good, doesn’t it ?

Father Christmas for pub sign, owned by Wood’s, yellow light streaming out, and the, er, seventh pub of the day is always a classic, as BRAPA will attest.

We enter to the unmistakeable classic rock strains of Pink.

That video has been watched by more people than the number of calories I ate in Glasgow’s TimHorton last week.

It was loud. To understand how loud, turn the volume on your graphic equalizer up to 11.

Two old boys, two “youngsters” and now five pubmen pursuing a hefty range of beers.  Ten points if you can name the one far left.

Pub Curmudgeon guided the rest of the posse to an area at the rear while I bought five halves and admired Old Boy 2’s hat.

Three things stood out in the Crown.

“You didn’t say Costello” said a pedant when I identified it.

If I’d been pissed it might have been great, and it’s possible the “Lad” was the best beer of the day, if my completely objective scores are to be believed (NBSS 3.5).

But will it make the Mudgie’s Best of the Year Awards ?  Ummmm.

19 thoughts on “MUDGIES GET THE PARTY STARTED”