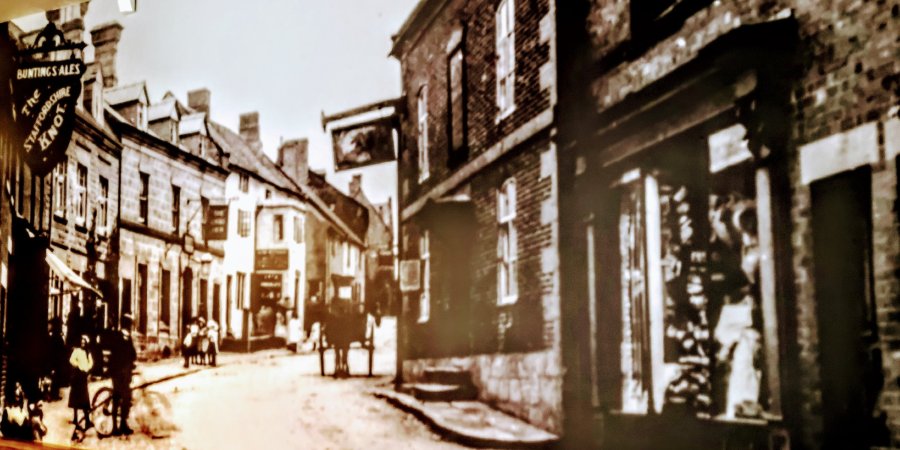 Taylor Taxis rumbles on, transporting assorted sons and wife all over the UK, sometimes within touching distance of a new GBG entry. If only Mrs RM could get an assignment in Ullapool. Does Ullapool even have computers ?

No sooner was I back from Manchester than I was taking Matt (and friend) back up there on the Saturday.

The train from Waterbeach to Piccadilly cost £52.55 (each) with a Young Person’s Railcard (whatever a Young Person is), but only £3.50 from Stoke. Maths aren’t my son’s strong point, but even he could see that was cheaper.

Sadly the micro near Stoke has put its opening time back another hour. What sort of opening time is 2pm on a Saturday?

I could have done the JCB factory tour while I was waiting, I guess. 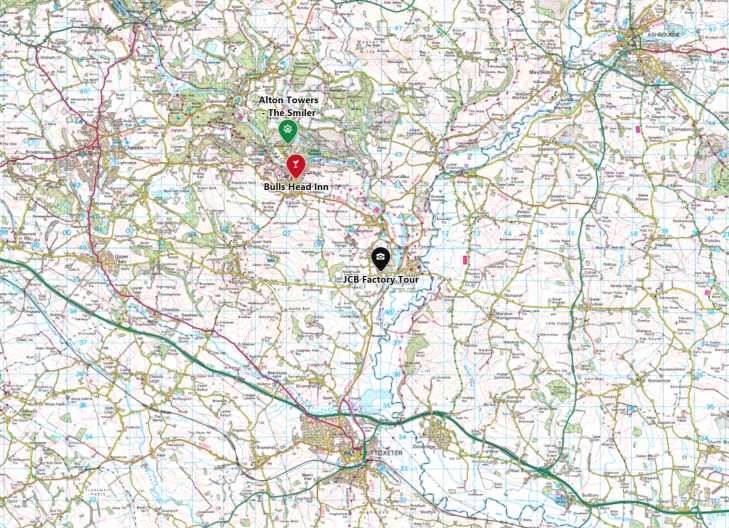 But instead I headed towards Alton Towers, whose nearest GBG pub called like a siren.

It was dreich, as they say in the Staffordshire Moorlands.

Alton village was deathly quiet, which presumably means folk have better things to do than spend a wet day in November queueing for The Smiler.

Alton always looks inviting, despite the clear pitch for the family trade.

But the sign for the Bull’s Head has that tell-tale gastro arty sign that sets alarm bells ringing.

It’s very pleasant inside, which you can take as you like.

“Islands in the stream” plays for the benefit of our lone bobble hatted lass by the fire, and I wonder where the Saturday lunchtime custom is.

Where are the Bass drinkers ?

The Landlady was pleasant, though I did get that “ask for £1.80 and present an outstretched palm simultaneously” thing I get disproportionately worked up about.

I had a half. I’ll excuse the Landlord glass, but an overly foamy Bass had me dreaming of Burton and Uttoxeter boozer.

Beside me, the bants was about a mate who had “one drink and got absolutely mental“, which I doubt happened here.

It was too wet to go outside and tip the Bass (forgive me William) so the Gents called.

They’re great loos. See if you can spot Stafford Paul in the photo.

I couldn’t find the exit door, but you’ll be used to that by now.

And just remember folks, NONE of the Bass shrines in Uttoxeter are in the Guide.