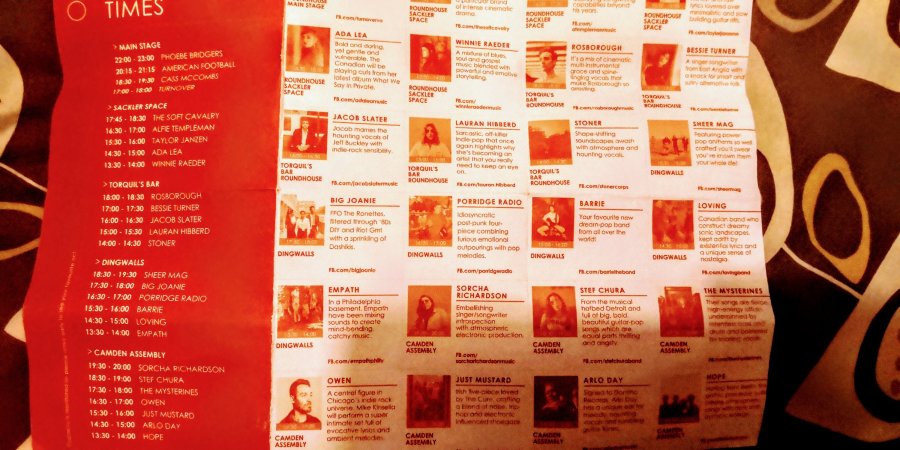 One for my craft readers now (Hi Derek), as I tip up at Chalk Farm with an hour to kill before a Mirrors All Dayer at the Roundhouse starring all your favourite alt-indie-alt stars.

As always, the GBG App is your friend, highlighting with a big red marker the recommended places in the giant swathe of North West London from Regent’s Park to Highgate.

What ? Nothing at all ? There’s FIVE GBG pubs in Gorleston in a space a third that size.

What can it possibly say about beer quality in the metropolis ?

Luckily I’m part of the 72% and easily lulled by shiny brew taps like the new Camden place at Kentish Town West.

I tipped up at the end of the rugger, which seemed to be the only sporting event not decided by VAR/Super Over/penalties, and had the one with” Unfiltered” and “Hazy” in the title.

My main task here is to ensure I don’t get herded onto a brewery tour, which I succeed in.

The Hells, which I pronounce Hell-ess to irk the purists, is really tasty, and lasts long enough for me to observe the heartwarming tears of the Springboks fan at the presentation of the tinpot trophy.

Now that Camden Town are reviled by crafties, I find I like them more. Same logic as Doom Bar. And thanks to the nice barperson who chased me down the lane with my umbrella. It was to prove invaluable in E11 later.

Not much GBG action, but lovely streets en-route to Camden.

Camden Road itself was a heaving mass of humanity, drawn to the capital by the news that BRAPA was in town.

At Chalk Farm I swap my ticket for a wristband, hand over my spare (face value) to the lady with the St Pauli bag outside Domino’s, and decide I’m hungry.

A chap outside Bite Me Burgers says “Hello !” and that’s enough for me to patronise his newish mini burger bar.

He’s by some distance the most hospitable bloke in London,and I sucumb to some more fizz from London Fields.

“How’s that beer ?” says our service superstar, in between making families of Arsenal fans drinking Bloody Marys welcome and chatting with every customer.

It’s pale and fizzy, and I know I’m going to regret it when I make a dash for the Number 89 later, but for now it washes down the sliders perfectly. 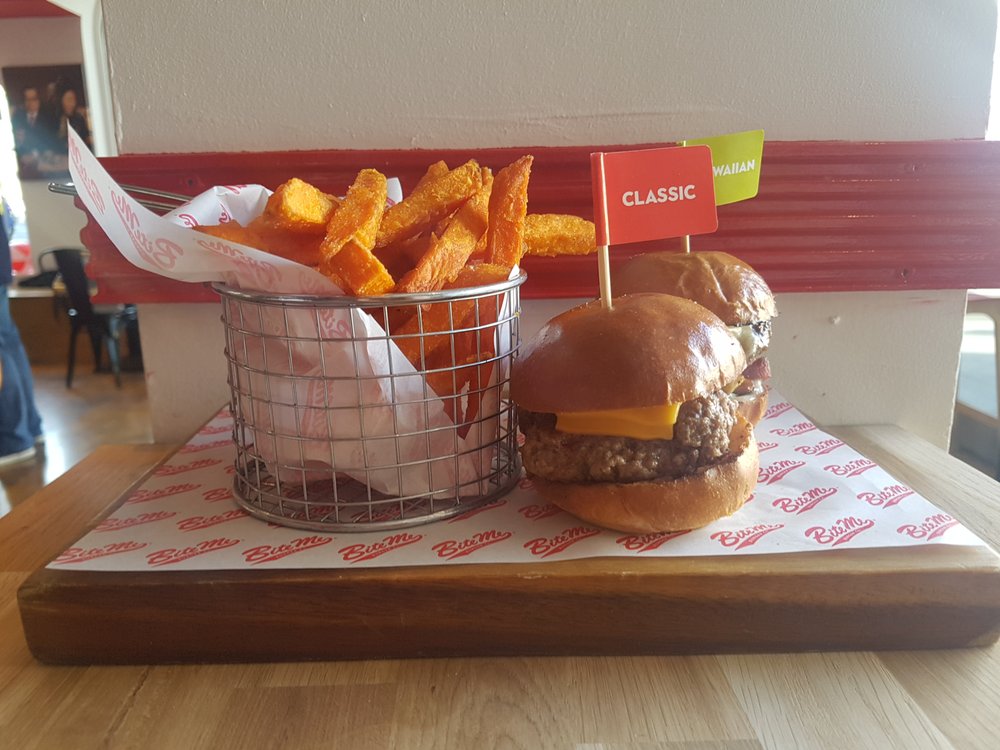 Two mini burgers, sweet potato fries and a pint for about a tenner. And the service alone was worth that.