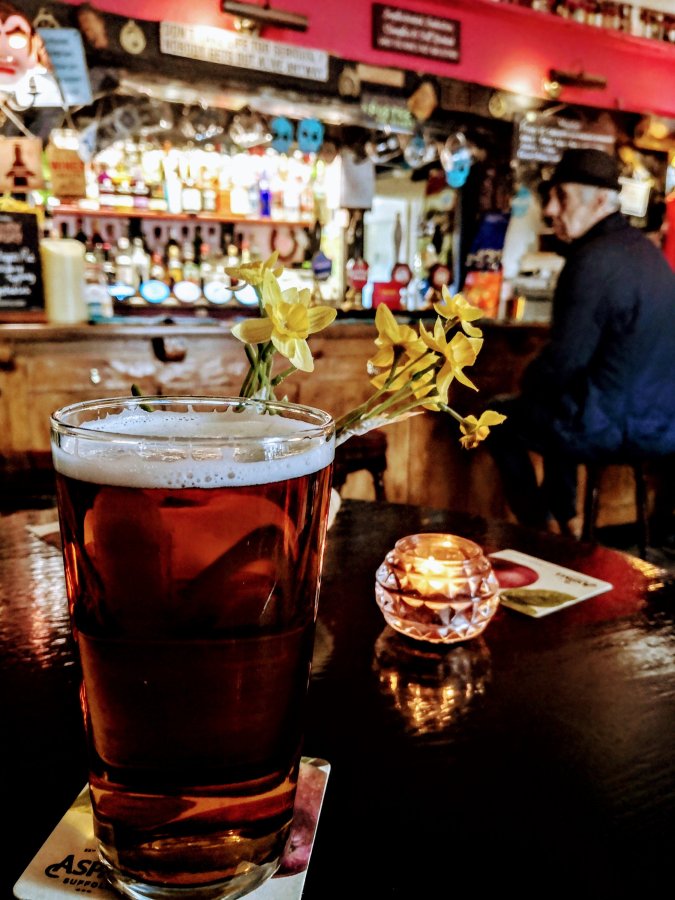 Debenham, not Debenhams, though there was a House of Fraser in the GBG in Darlington once. Odd GBG history in Darlo.

This is the Debenham that sits uneasily at the heart of Mid Suffolk, a mere five miles from Ed Sheeran-owned Framlingham.

Fears that Ed has given up his burgeoning musical career to retire to a life running a Suffolk micropub proved unfounded when I turned up at the Woolpack.

In fact, Suffolk seems to be the place to go to avoid micros, rather like heading to Carluke to avoid zombies.

I know Dave admires Suffolk’s churches and half-timbered buildings, if not its musical heritage.

Wikipedia has little to say about the village, bar the following gem;

“While the village has produced some excellent individuals over the years, perhaps the best known is Melvin Mayes. Mr Mayes is a big player in the world of the railways and is now Retail Compliance and Relationships Manager at the Rail Delivery Group.

The father of three daughters has a large collection of whiskey, is a proud owner of a soft top Mercedes and is a known authority when it comes to cooking rice to perfection.”

There were three excellent individuals installed in The Woolpack at 11:30, one of them an estimable barmaid who is bound to feature in Simon’s End of Year list if he makes it to 2030 AN (After Newark).

It’s such a rare thing to be sharing a pub with other visitors before noon I was taken aback.  They  said “Morning“, and then proceeded with their analysis of the Ipswich Town defence and the horses.

Twee dining to the left of me,

dartboard to the right,

here I am, stuck in the middle on a high table with you, enjoying a cool, rich Earl Soham Victoria, now brewed in the village apparently.

No Stealer’s Wheel actually, as the two Old  Boys got to choose the music.

They looked my way to make sure I wasn’t demanding Ed Sheeran, and I have the nod of approbration.

Such a shame the loos had to let it down.  This being Mid-Suffolk,CAMRA edicts on allowable toilet décor are not due to reach the Woolpack until 2031.

So you’d better go there now and complain.

5 thoughts on “MAGICAL CHANGES IN DEBENHAM”